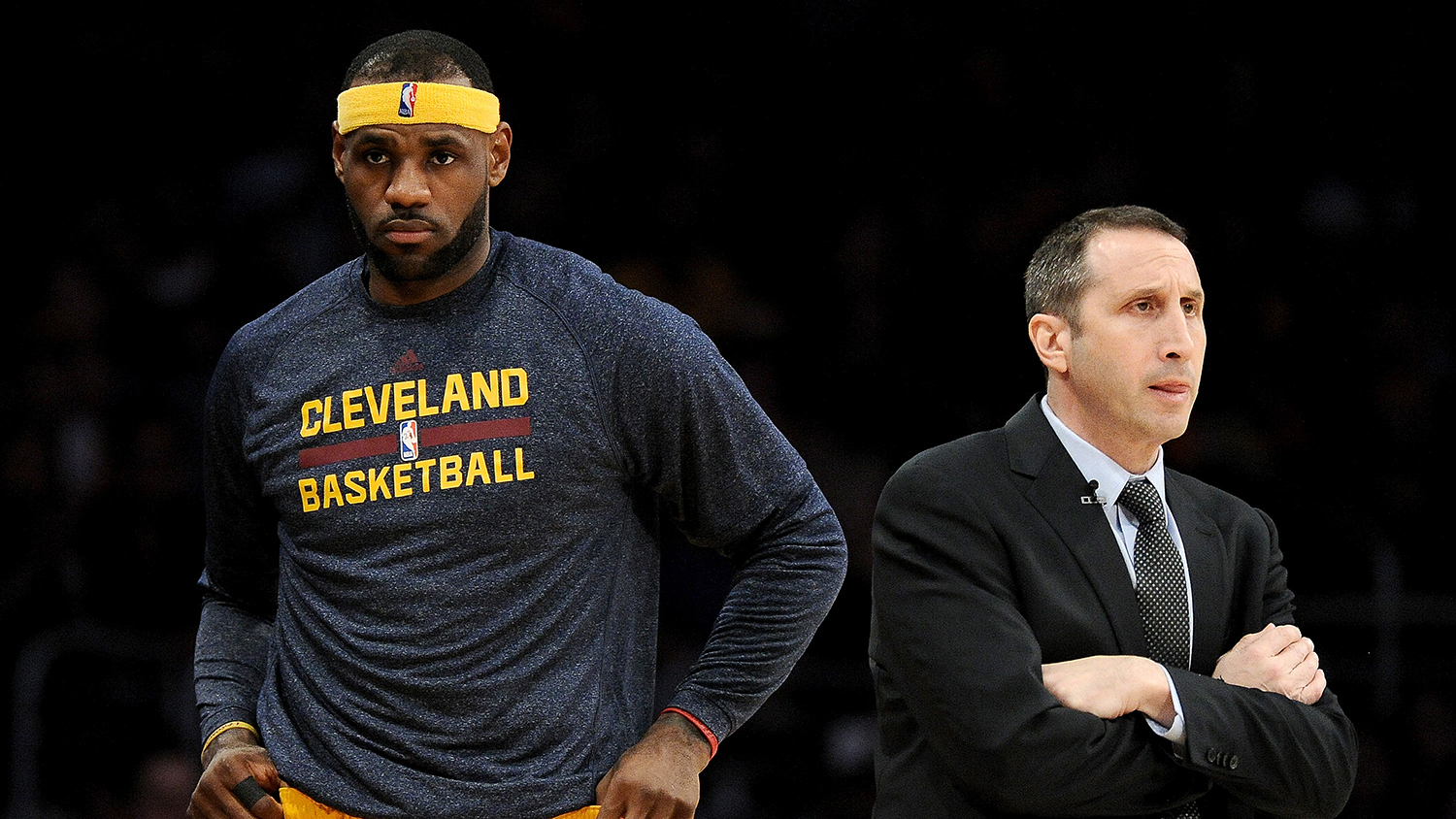 Here’s an incomplete list of structural hurdles that David Blatt had to navigate as head coach before the NBA season even started:

If you’re looking for vindication in the NBA, you’ve come to the wrong place. What usually happens is, after a maligned player displays maturity, hits a game winner in the playoffs, or wins the title that no one thought he could win, the broadsides and barbs just kind of stop. No settling of accounts, no I-told-you-sos; the NBA cycle just moves too quickly to dwell on things. There’s always another game, another series, another deal, another season.

For NBA coaches, that dynamic is even more pronounced because it’s basically impossible to accurately quantify what a coach brings to a team. Like the music in a film, typically we notice coaches only when they’re bad or when they’re extraordinary.

Offensive and defensive schemes, play calls out of timeouts, clock management, and lineups are the obvious ways to gauge competence. Those are the parts of coaching that most easily comport with the metaphor of coach as chess player. Unlike chess pieces, though, basketball players have these often inconvenient free wills, complete with personal agendas that may not jibe with their teammates’ goals. Chess pieces don’t care about minutes or who starts. A coach can design the most brilliant scheme in the world, but if he can’t convince his players to run it, then his or her basketball acumen is basically useless.

A coach has to be part strategist, part therapist, and part politician. And of all those hats, the shrink hat is the heaviest. Think about it — what is the most memorable characteristic of great NBA coaches? It’s almost always illustrated by some anecdote about their motivational style. Phil Jackson burning sage, beating Native American drums, and handing out Carlos Castaneda books. Pat Riley and Tom Thibodeau’s tyrannical practice regimes. Doc Rivers invoking ubuntu and hiding cash in the Staples Center drop ceiling like a motivational tooth fairy. Gregg Popovich’s uncommon simpatico with Tim Duncan and love of wine. It’s why we delight in Stan Van Gundy bellowing about forming a fucking wall. 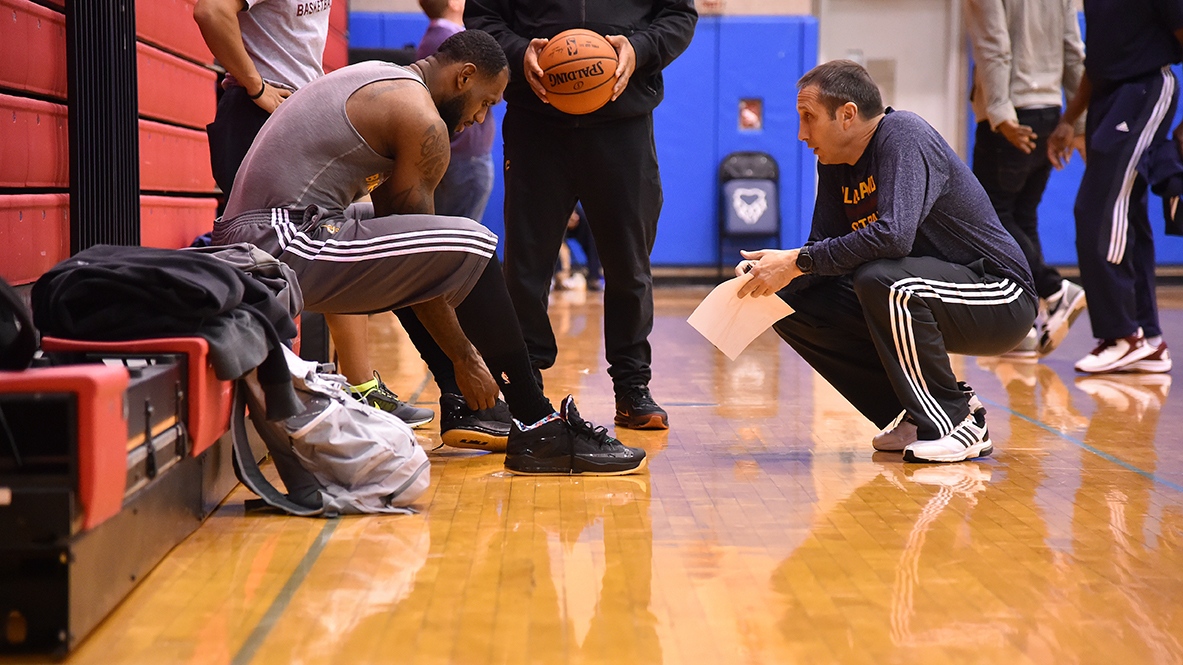 David Blatt weathered two months of speculation, during which Cavs players were allegedly blowing off his plays (true) and agitating for Tyronn Lue to take over (unproven). In January, he made the kind of unforced error that bolsters an out-of-his-depth charge when he referred to Love as “not a max player yet.” Blatt was trying to reference the reality of Love’s contract situation, not his actual talent. Regardless, that was not a good look. On January 13, with LeBron out for an extended Miami rest-and-rehab stint, the Cavs sat at 19-20. 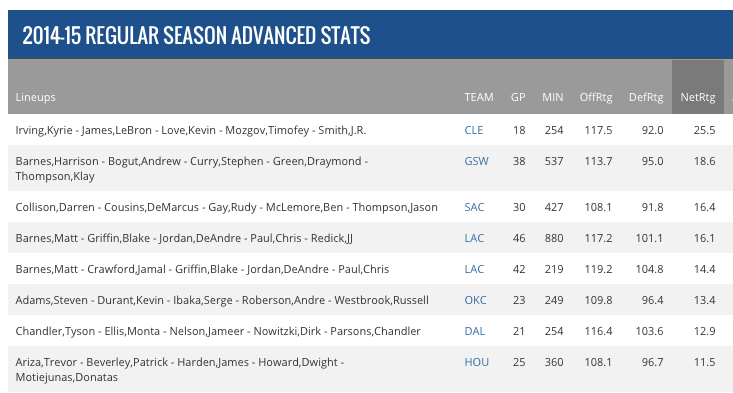 Since then, the Cavs have won 18 of their last 20, including Thursday night’s possible Finals preview against the Warriors, in which James went full “You think Harden is the MVP?” against the best defensive team in the league with an array of affirmative heat checks to the tune of 42 points, 11 rebounds, and five assists. He put 20 on Andre Iguodala, 12 or so on Draymond Green, then another 10 on whoever else happened to be in the area.

The addition of Timofey Mozgov has given this team, which used to dwell near the bottom of the league in defensive efficiency, a credible deterrent at the rim. J.R. Smith, on his best behavior due to the apparent paucity of late-night entertainment in Greater Cleveland, is giving the Cavs solid catch-and-shoot spacing. And the Cavs’ starters — Kyrie, J.R., LeBron, Love, and Mozgov — form the league’s best lineup (minimum 200 minutes).

The secret of Blatt’s turnaround — along with the trades that brought in Smith, Mozgov, and Iman Shumpert; Love becoming more enmeshed in the offense; and the jettisoning of Dion Waiters — is simple: LeBron. The man responsible for Blatt’s deliverance is the same one who almost cost him his job.

A common observation of James’s career is that he’s always striving to re-create the familial experience of his high school team. In an interview with ESPN’s Kevin Arnovitz, J.R. Moehringer said he discussed this with Buzz Bissinger while Moehringer was working on a profile of James for GQ:

Buzz has probably spent more time around LeBron than any writer on the planet, so I was anxious to run my theory by him. And he agreed in part, that it was clear [James] was replicating his high school experience. I think that’s what it all boiled down to for me. I was surprised that no one put this together. I agree with Buzz that’s it’s dangerous to do pop psychologizing, but it seems to me that [James] has one formula for success in his life and that comes out of his high school experience.

The Cavs’ turnaround began with Blatt’s decision to substitute a bowling trip for practice. A family outing. Since then, James has averaged 27 points, six rebounds, and seven assists.

Recent quotes from LeBron about Blatt are kind, if not particularly warm — generally affirmative, not in awe of any one particular play call or act of motivation. “Every day we get closer and closer,” LeBron said last week. “I think he’s great. He’s handled his first stint in the NBA extremely well so far, and I’m happy to be playing for him.”

When Kendrick Perkins joined the Cavs instead of the Clippers, the binary he drew was unintentionally telling: “I was like, ‘Doc [Rivers]? Or I have a chance to go play with The King (LeBron James). Doc? The King? Uh, I choose The King.” Doc or the King. Not Doc or Blatt. Maybe a few years down the line, veterans chasing one more ’ship will come to Cleveland to play for the vaunted wizard of the Cuyahoga. But for as long as LeBron James wears Cavs colors, Blatt is going to at least have to share the credit, if not stand in the shadows. That’s the thing about LeBron: He was always going to be the next evolutionary step in basketball. Turns out next evolutionary steps don’t need psychologists. They just need someone to drive the bus to the bowling alley.