Why the West Is Fun: Are Division Winners Colorado and Anaheim Actually the Most Vulnerable? 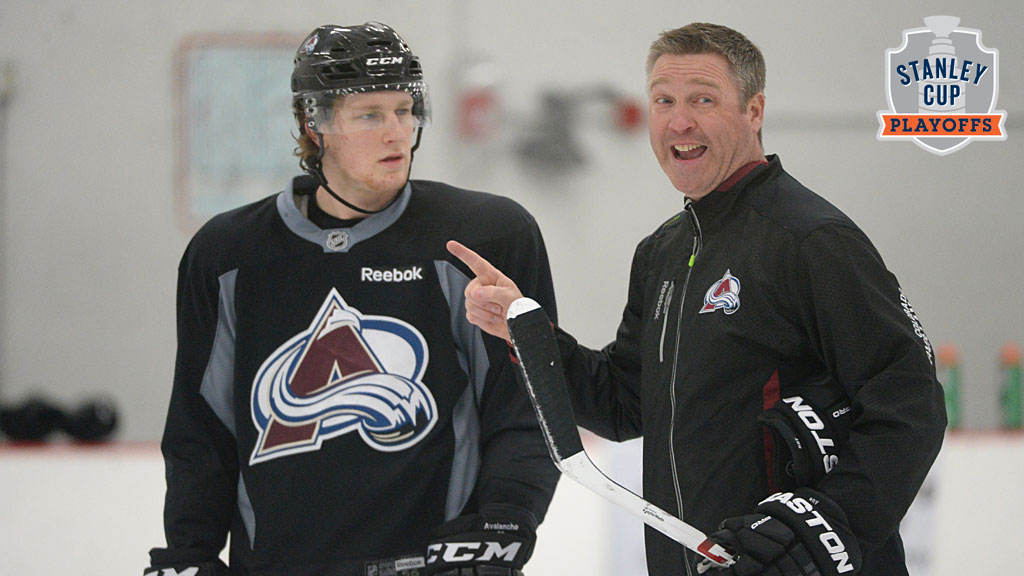 In 2012, the L.A. Kings entered the NHL playoffs as an 8-seed, up against the Vancouver Canucks, the defending Western Conference champs. They seemed to be at a disadvantage, but a funny thing happened: L.A. won the first three games and forced Vancouver to make a franchise-altering goaltender switch. In overtime of the fifth game, Jarrett Stoll lopped off the head of the Canucks with an overtime goal, silencing the Vancouver crowd at Rogers Arena.

The Kings blew threw the other two division winners with just as much ease, and held a 3-0 series lead in the final before beating the Devils on home ice in Game 6 to win the franchise’s first Cup. How did the Kings do it? Why were they so much better in the playoffs than their regular-season record would indicate?

There’s a lot of noise surrounding players and teams entering the Stanley Cup playoffs and very little signal. So over the next few days, avoid listening to that guy at the office who brings up the career playoff points rate of Danny Briere, who is coming off his worst points-per-game rate since the Clinton administration, and simultaneously talks down Ben Bishop’s playoff inexperience. We have so much information, yet so little of it really matters.

Some of the signals we can pick up on include things like puck possession, or even the overall dominance of a team in games in which there was a clear winner and loser. So many of the stories we learned as kids involve heroic performances in one-goal contests. Hockey stories, particularly those from the playoffs, delve into the mythical, but the winners and losers of close games aren’t determined by the proverbial “will to win.” There’s a lot of luck involved over the short term — and one way to learn about that is to look at a team’s stats in one-goal games.

You could look at Colorado’s 28-4-8 record in one-goal games this season and surmise that the Avalanche have what it takes to win in the playoffs, because they’ve been able to close out so many close contests. You could also look at it and determine that Colorado got some lucky bounces, inflating its record. A quick glance at some teams with strong records in one-goal games relative to their records in other games would seem to support that skepticism. The 2013 Pittsburgh Penguins were a 1-seed, but were swept by fourth-seeded Boston. The main difference in their regular-season records? Pittsburgh was 13-2-0 in one-goal games while Boston was just 13-7-6 — .500 hockey. In games decided by two or more goals, the Penguins were 23-10 while the Bruins were 15-7, nearly an identical winning percentage.

The 2012 Kings had a 23-13 record in games decided by two or more goals during the regular season, and fell in the standings thanks to a brutal 17-14-15 record in one-goal contests. Which stat better reflected the quality of the team?

Here’s something curious to keep an eye on in the first round this year: Despite the strength of the Western Conference, its four most likely contenders — Chicago, St. Louis, San Jose, and L.A. — are all facing off against one another, while the wild-card teams are playing arguably weaker opponents with inflated records. Colorado had the highest win percentage in one-goal games this season, while Anaheim was second.

Here’s what you get when you rank Western Conference playoff teams by their win percentage in games decided by two or more goals:

The Ducks and the Avalanche don’t look so scary now, but the Blackhawks do. In 2011, the Blackhawks were one of the better playoff teams in recent history. They were only an 8-seed, despite a plus-33 goal differential, which was third-best in the conference. The ’11 Hawks pushed the Canucks to a Game 7 overtime in Round 1, and no other team gave the eventual conference champs a scare until the third game of the final. The 2013 Blackhawks were unbeatable in just about every game they played en route to the Cup, but they had a low record in one-goal contests this season at 17-8-15 — good for 27th in the league.

There’s no guarantee in the playoffs, but it’s a bit tougher to argue that the best teams in the West aren’t all duking it out in the first round. Should the Blackhawks, Sharks, or Kings make it through their first-round series relatively unscathed and healthy, they become the instant favorites to knock off the division winners.

The Milwaukee Bucks will announce later Wednesday that longtime owner Herb Kohl has reached an agreement to sell the team to hedge-fund billionaires Wesley Edens and Marc Lasry for a purchase price of $550 million, according to sources familiar with the transaction.

We Bought a Tank: Looking Back and Looking Forward with the Sixers