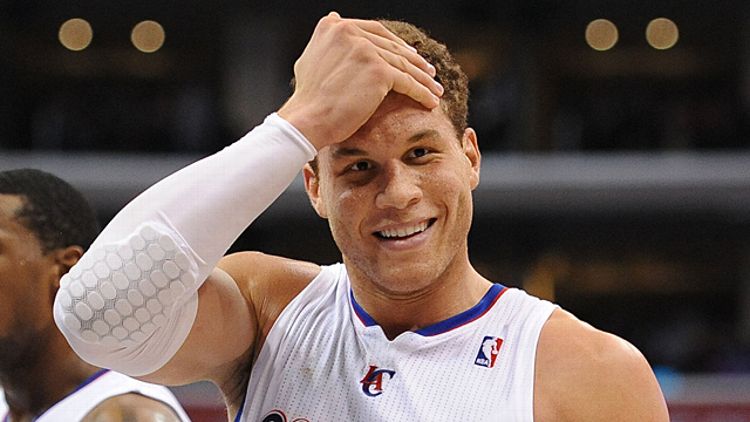 If scoring and rebounding are the meat and potatoes of an NBA player’s stat line, a sense of humor is the dessert. It adds flavor to postgame interviews, sparkle to halftime shows, punch to sneaker commercials. But which player has the best comedic stats of all?

This is typical of the questions we ask. The two us — a university-sanctioned humor professor and his Sancho Panza–like journalist sidekick — are exploring what makes things funny. We’ve been to Palestine, Japan, and lots of places in between, asking important questions such as “Does alcohol make things funnier?” and “Can talking condoms stop unwanted pregnancies?”

Now we’re scrutinizing the comedic underpinnings of the NBA.

When we asked Shaquille O’Neal his choice for funniest ballplayer, it’s no surprise that he chose himself … or maybe Charles Barkley. To get a less-biased perspective, we turned to a couple of outside experts: Neal Brennan, cocreator of Chappelle’s Show, and Last Comic Standing winner Alonzo Bodden. We asked them, via e-mail, to determine the NBA’s funniest player. For the good of science.

Joel Warner: First question: Who’s on your all-time funniest-player short list, and why?

Alonzo Bodden: Charles Barkley, for his openness while playing and his analysis in retirement. From his “I Am Not a Role Model” campaign to him saying a team sucks when we know it sucks but no one else will say it.

Kenny Smith for being the only person who can shut Charles up.

Blake Griffin for his Kia commercials.

And I have to add LeBron James to my list for his ESPN commercials and his appearance in Miami’s “Harlem Shake” .

The Big Slapstick: Shaquille O’Neal wields his doctorate before an audience of humor scholars

Neal Brennan: Charles Barkley for tossing a guy through a window and hosting SNL twice. (“Barkley vs. Barney” was a stand-out sketch from his first appearance.)

John Salley was funny on The Best Damn Sports Show Period and was man enough to actually do a bit of stand-up.

Rick Fox for his hair.

Blake Griffin for his Kia commercials, his Twitter feed, and his interviews.

Peter McGraw: I am surprised that Jalen Rose was omitted. He has great stories, including the time he stole Patrick Ewing’s TV.

Bodden: Jalen is OK, I guess. One thing that throws me is his speech pattern. I’m sure Magic has some funny stories to tell, but he can’t deliver them. I don’t think of Jalen as funny based on his broadcasts.

Bodden: My no. 1 is Sir Charles, because he doesn’t even try, he’s just honest: “Did you graduate from Auburn?” “No, but I have a couple of people working for me who did.” Priceless.

Brennan: No. 1 is Blake. Barkley is just a blunt truth-spouter. [Griffin’s] sense of humor is more evolved. See his Casey Anthony tweet from 2010. Or if you want, I can show you tweets that I pitched to him about Serge Ibaka punching him in the groin:

“Ever wake up and feel like you got punched in the dick?”
“Purple urine is normal, right, you guys?”
“My penis is a Laker fan today. (Purple and yellow.)”

And the one he ended up writing himself:

Kid Blake: Who are you? Future Blake: you from the future… Don't listen to anything else I've told you just start wearing a cup.

Bodden: So, Neal, do you and Blake discuss his dick often? I’m getting off-topic here. Barkley’s truths are like his ass when he was boxing out. You can’t get around it.

McGraw: Ha! Right now, Alonzo is funnier than Blake and Charles. Your examples suggest that Charles is a funnier speaker, but Blake is a funnier writer. Do you agree?

Bodden: I’d say so. I don’t think Charles would be funny if he wrote his stuff. He does great crowd work but his written act is weak.

Brennan: The crowd work analogy is great. Charles might be slightly better on the fast break, metaphorically speaking, but Blake’s half-court game is better.

McGraw: Why are these guys funny? Is it just that Charles is better at busting on people and Blake is a thoughtful writer?

Bodden: Not at all. They both have a sense of humor. I don’t know them personally, but they come across not taking themselves too seriously. Both are humble and grateful for where they are.

Michael Jordan and Kobe Bryant were too serious. People will never love Michael the way they loved Magic Johnson, and Kobe will never play with the smile LeBron has. If LeBron had jokes or Magic could talk, they’d be in this conversation.

Brennan: I think Charles and Blake just have more natural comedic ability than anybody else. It’s hard to say why they’re funny. I know growing up, Blake watched a ton of Comedy Central and HBO. Charles didn’t have the same luxury, because, as far as I know, Alabama just got cable two years ago.

It’s really a coin toss for me between who’s funnier. It’s really two different styles of humor, both of which I like. The other thing about Blake is he’s 23. For him to have this sophisticated a sense of humor is sort of bananas. I’m going to give it to Blake. I’m doing this because he’s extremely funny, is a good comedic performer, and he’s not even into his comedic prime yet, but also because he’s my friend and he gets me free stuff from Nike.

Here’s the sketch where we met. Seth Meyers and a bunch of SNL guys and I had written the sketch and we all looked at each other after BG’s first take like, Who the hell is this kid? While we’re on the subject, Kevin Love is a funny dude, too.

McGraw: I like where this debate is going. It recognizes the many facets of being funny.

Warner: Back to Neal’s points about Blake’s natural comedic ability. Think Charles had that as a young player, too?

Bodden: I’d say he was always funny. I got to play ball with him on a TV show in ’88 or ’89. He was funny all day. Loose and natural. It was for thirtysomething, a dream sequence where the two stars, Tim Busfield and Ken Olin, dreamed they were on the Sixers. Barkley, Andrew Toney, and Mike Gminski were there. Some friends and I played the Celtics. Best moment was when Barkley asked me how much we got paid. I said, “300 bucks.” He said, “Damn, just to play ball.” I said, “Don’t you get 2 million a year?” Then he started betting Gminski a hundred bucks a shot as he tried hooks from around half court. Great guy, great day.

McGraw: OK, television in Alabama aside, Charles and Blake strike me as quite intelligent. How much smarter are they than the average player?

Brennan: I know Blake to be intelligent. He once texted me Bill Cosby’s entire “pound cake” lecture. He knew it because he wrote a paper on it in high school or something.

Not sure if Chuck has recall like that. But I feel like if I needed a social situation summed up in one or two sentences, Chuck would be world-class.

In terms of developing his personality, my guess is Chuck was always funny, but the more he got out of Alabama and into the world, the more he realized, “Oh, I’m really funny and charming and people naturally sort of love me.” In that Dream Team documentary, they had footage of him out late at night in Barcelona just holding court on the street. He’s wearing a once-in-a-lifetime bad purple onesie. And despite that, the people of Spain still loved him.

McGraw: Final question: Who would be better, Charles or Blake, in the following roles: stand-up, sketch actor, improviser, comedy writer?

Bodden: Based on what I’ve seen, I’ll give stand-up and improv to Sir Charles. I think he’s faster on his feet and talks without thinking first. For writing, I’d give it to Blake, and because of the commercials, I’d give Blake sketch, too.

I agree Blake is a great writer and performer and some free sneakers would definitely buy my vote, but I’m still with Sir Charles. Remember, Charles is on TNT at least twice a week, where he has to be funny unscripted based on plays and players he’s just seeing. And he has to clean up that noise Shaq is making. That’s funny under pressure.

Finally, Blake does nothing as funny as Charles swinging a golf club.

Brennan: I’d give stand-up, improv, sketch, and writing to Blake, with one area of stand-up for Charles.

Improv: Just based on conversations, I know Blake is quick on his feet in terms of picking up a joke or a bit and running with it.

Sketch: Blake’s work in the Kia commercials and that “Lockout Professionals” sketch is high level.

Writing: I was doing a pilot a while ago and I had a sketch in it. I sent the script to a few friends to punch up. The two guys who had the best ideas? Seth Meyers and Blake. Seth’s the head writer of SNL. Can’t dunk at all.

Stand-up: If it were writing bits and performing them, I’d give it to Blake. If it were doing crowd work and dealing with drunk hecklers, I’d give it to Charles, without a doubt. In fact, if there was a show of just Charles dealing with antagonistic drunk people, one of whom he could throw through a window (only one per episode), I’d program my DVR for a season pass.

This e-mail exchange has been edited for style and clarity.

Peter McGraw (@petermcgraw) and Joel Warner (@joelmwarner) are coauthors of The Humor Code, to be published by Simon & Schuster in early 2014.