Where Would the USMNT Finish in the Champions League Group Stage? 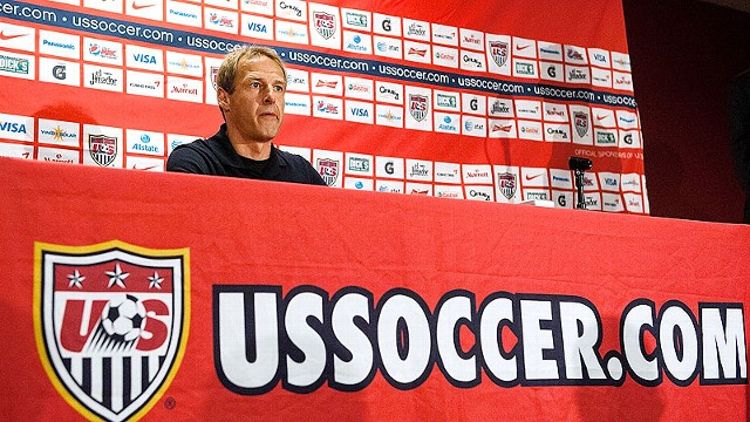 On Wednesday, Bayern Munich and Málaga joined six other clubs in the quarterfinals of the Champions League. Watching the games made me wonder how the United States national team would do if it were dropped into the group stage of the tournament. Would the Americans be able to finish in the top two of a four-team group featuring the Continent’s strongest sides?

I asked Earnie Stewart, former American midfielder and current technical director of Jozy Altidore’s AZ club. Quite fairly, he more or less told me it was a ridiculous query. “They are not a club team. It’s so very hard to compare international teams to club teams,” he said. “It’s totally different. The way you play. The responsibilities are different. Plus, there’s the fact that it’s something that’s never going to happen. We’re never going to have a national team in a club tournament.”

Fair enough. Stewart — who has an actual, important job in soccer — has better things to do with his time than speculate about hypothetical tournaments. You know, like run a team. I, however, do not. So I set out to find an answer with the help of a couple of soccer journalist friends. (See: That thing about not having real jobs.)

The initial response was that the Stars and Stripes would struggle. “If you dropped the U.S. in and they hadn’t trained together, they would get destroyed,” says Zac Lee Rigg. “I think most national teams would. The World Cup is not as good quality as the Champions League is.”

He’s correct in that assertion. One of the major revelations in Jonathan Wilson’s excellent Inverting the Pyramid, which chronicles the tactical evolution of the sport, is that club teams, and not national ones, drive innovation in today’s game. Rather than jetting in, then jetting out, players spend days and weeks and months drilling together and creating a cohesive unit on their club squads.

“There tends to be a lot more balance within the rosters of the good Champions League sides,” says Steve Davis, head writer at NBC’s ProSoccerTalk. “On national teams, there’s a lot more pressure on the manager to take the best 11 guys and work them into the system. There are a lot of square pegs in round holes. A lot of Champions League teams have a better balance between workers and artists. You can’t undervalue day after day practices, familiarity, and the ability to work their way through situations.”

(Spain and Germany, two countries with a well-defined style of play, might be considered exceptions to this generality. Positions and responsibilities are defined, so it’s easier for multiple players to slot into spots. But no one is going to mistake the U.S. for either of those two, although it does underline the importance of developing a system, one of Jurgen Klinsmann’s main goals as head coach of the red, white, and blue.)

But what if you took the U.S. team, gave Klinsmann a month, two, or however long he wanted to train, and then put the Americans into the group stage? How would they fare when the battle came down to talent, not preparation?

The team certainly wouldn’t be the favorite of the group. It can’t compete with the Manchester Uniteds, the Barcelonas, the Bayern Munichs. Then again, few — if any — nations in the world can. And there’s Champions League–level talent on the field for the United States. Jermaine Jones recently scored for Schalke in the CL Round of 16, and a few other Americans made an impact earlier in the proceedings. “Sacha Kljestan played in the group stages and he didn’t look awful,” Rigg says. “He’s not even a starter for the United States. So clearly, the U.S. has players who could play.”

Davis sees it differently: “Clint Dempsey is clearly one of the better players on the U.S. team right now,” he says, but “Clint Dempsey is not a 100 percent reliable starter for a team that may or may not get into the Champions League right now. That does tell you something.”

And Tim Howard, the best goalkeeper in North America, doesn’t even play for a team in the Europa League, much less one in the Champions League.

For the most part, the top American players find themselves regular starters for middle-of-the-pack teams in Europe’s best leagues or for top teams in the weaker ones. That’s a dramatic improvement in both quantity and quality from a decade ago, even five years ago, but it’s still not top-line talent. The Stars and Stripes are improving slowly and surely, but not by the leaps and bounds most fans want (and seem to demand).

Other potential starters are in similar spots on similar teams:

All things considered, I think there’s a strong case to be made that an American team with some time to train together could finish third in an average Champions League group. Going any further than that would be an inspiring underdog story, which is rather similar to the narrative the U.S. follows when it does well in the World Cup. Sounds about right to me.