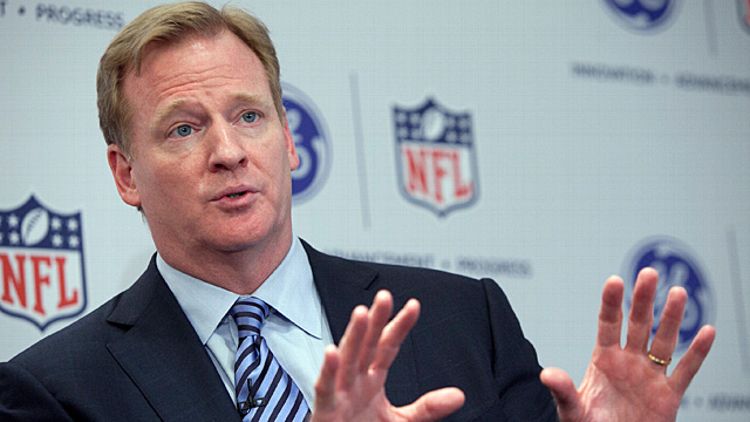 It was announced on Thursday that the NFL had tentatively settled its consolidated concussion lawsuit with thousands of players turned plaintiffs for $765 million. That’s a number that sounds much bigger than it actually is; it’s a bargain that the league will see as a major coup, both in the short term and the long term. If any concussion litigation was going to stop the league in its tracks, this case was the one. The NFL is no doubt letting out a long, deep sigh of relief.

There’s much more to the story than that $765 million, though; in particular, there are a few simple questions that break down that number even further. Let’s start with the most obvious one, though …

Why is this such a great deal for the NFL?

Let me count the ways. For one, the NFL makes an awful lot of money. ESPN’s most recent contract extension with the league, for Monday Night Football alone, pays the NFL $1.95 billion per season. And that’s for one game per week. In all, Forbes estimates that the NFL will receive $7 billion per year in media rights from 2014 through 2022. The NFL plans on building its yearly total revenue to $25 billion over the next 15 years. That means $765 million is barely a drop in the bucket, especially when you get to how the money will be paid out. (More on that in a second.)

As recently as July, Businessweek was estimating that the league would end up settling for $5 billion. Legal experts told The Sporting News last August that a settlement could reach $10 billion, and that was with about 3,500 players included as plaintiffs; the final settlement addresses the claims of more than 4,500 players. And obviously, that settlement failed to even remotely approach these estimates.

The league also benefits from settling this claim without admitting any guilt. As the NFL’s press release announcing the settlement notes:

The settlement does not represent, and cannot be considered, an admission by the NFL of liability, or an admission that plaintiffs’ injuries were caused by football. Nor is it an acknowledgement by the plaintiffs of any deficiency in their case. Instead, it represents a decision by both sides to compromise their claims and defenses, and to devote their resources to benefit retired players and their families, rather than litigate these cases.

If the NFL were found to have been liable of negligence in this combined lawsuit, it would have been disastrous, considering the inevitable claims that would follow. Instead, this deal doesn’t require any admission of guilt while also establishing an incredibly low level of compensation for possible concussion-related injuries. Resolving this case with both of those outcomes intact is an enormous legal victory for the league.

Will be there more concussion lawsuits?

Yes. For one, there are lawsuits at the moment that aren’t affiliated with this class-action suit; one notable such suit includes a number of players who just recently retired, including Daunte Culpepper and Clinton Portis. Some will likely opt out of this settlement if their needs aren’t met and re-sue the league separately. And, of course, there will be lawsuits in the future from players who don’t yet have medical symptoms.

The NFL will unquestionably try to position this deal as both an example for future lawsuits and a deterrent for any litigation going forward. In his statement, mediator Layn Phillips noted:

For a variety of reasons, the underlying theory of this lawsuit about what took place in the past would be difficult to replicate in the future. Everyone now has a much deeper and more substantial understanding about concussions, and how to prevent and manage them, than they did 20 or even 10 years ago, and the information conveyed to players reflects that greater understanding. In addition, the labor law defenses asserted by the NFL would represent a very substantial barrier to asserting these kinds of claims going forward. The combination of advances in medical research, improved equipment, rules changes, greater understanding of concussion management, and enhanced benefits should, and hopefully will, prevent similar lawsuits in the future.

To some extent, that’s not true. Consider a player like Ray Lewis, who entered the league in 1996. The Ravens linebacker had already spent more than a decade playing football before concussions became the dominant issue facing the league and its players, both during their careers and after retirement. It would be difficult to believe, using Phillips’s reasoning that the players are smarter now, that Lewis was as aware of the risks of football at the beginning of his career as he was at the end. The same would be true for players like Culpepper and Portis. I don’t think the underlying theory will be drastically different for future suits going forward, especially those over the next several years.

What will the players actually get?

So, here’s the murky part. When you see $765 million listed as the settlement, it’s fair to just envision that number being divided by the 4,500 players, producing a $170,000 check to each player that will get mailed out in the next few weeks. That’s not the case. While the league is also paying the considerable legal fees for both sides as part of the deal, that $765 million still gets chopped up a number of different ways.

In actuality, the league is putting aside a paltry $10 million for research and education, $75 million for baseline testing of each player involved with the lawsuit, and then $675 million as compensation for players who have “suffered cognitive injuries.” That compensation will be apportioned out based upon the findings of the independent doctors, who are conducting those baseline tests for retired players who “present medical evidence of severe cognitive impairment, dementia, Alzheimer’s, [and] ALS,” according to the proposed settlement. Players will also have their compensation adjusted for the number of years they spent in the NFL, their age, and “other medical conditions.” There’s an additional $4 million set aside for informing players about the settlement, and another $1 million is earmarked for assorted expenses.

If a player’s condition gets worse, he can then apply to the league for reevaluation and possibly receive additional compensation, so it’s easy to imagine a situation in which the league uses the money from the compensation pool to pay out players based on these baseline tests and then runs out of money when symptoms get worse. If this happens, the league will have to fund a one-time contribution of up to $37.5 million, another insignificant sum, given the possible circumstances.

Furthermore, players aren’t getting this money today. Fifty percent of the pool — $337.5 million — will be paid out over the first three years following the settlement. The other half will be disbursed over the ensuing 17 years. There aren’t any details on whether these figures will be adjusted for inflation over that 20-year period, which would further decrease the value of each player’s compensation from the lawsuit. In the end, it’s impossible to tell what each player might possibly receive from the lawsuit, but the relatively small sum of money earmarked for compensation and the large pool of players set to split it suggests that most players won’t get very much at all.

Why would the players take this settlement?

For a number of reasons. As Pro Football Talk noted today, there was about to be a ruling in the case that could have moved it out of the court system and into an arbitration process. Running the case through arbitration in front of a panel of ex-judges and lawyers would likely have removed much of the emotional component of the case — something a sympathetic jury would have been susceptible to — and almost surely produced a smaller compensation figure, even if the league was found to be liable.

There’s also the possibility that the league might not have been found culpable whatsoever. That would have been a disastrous finding for these players, especially those currently at the most medical risk. Getting compensation immediately (well, over the next three years) will help relieve some of the burdens on the players with the most pressing medical concerns.

In addition, if the two sides hadn’t settled, and decided to take the case to trial, the timeline for the collected lawsuits would have been stretched out over a number of years. The Sporting News estimated (admittedly with a “some have speculated” qualifier) that the trial itself wouldn’t even have begun until 2018. And then, regardless of the verdict, a lengthy appeals process might have kept the litigation running for years afterward, running up legal fees, as well as the medical bills of uncompensated players, in the meantime. The players likely wanted the certainty and timeliness of compensation that comes with a settlement, and that’s why their representation will urge them to accept these terms.

I can certainly understand why the players and their lawyers would see this deal as one they wanted to take. But, given the possibilities of what might have been, the NFL will see today’s news as an enormous victory.

Can Matt Stonie Bring About a New Golden Age in Competitive Eating?