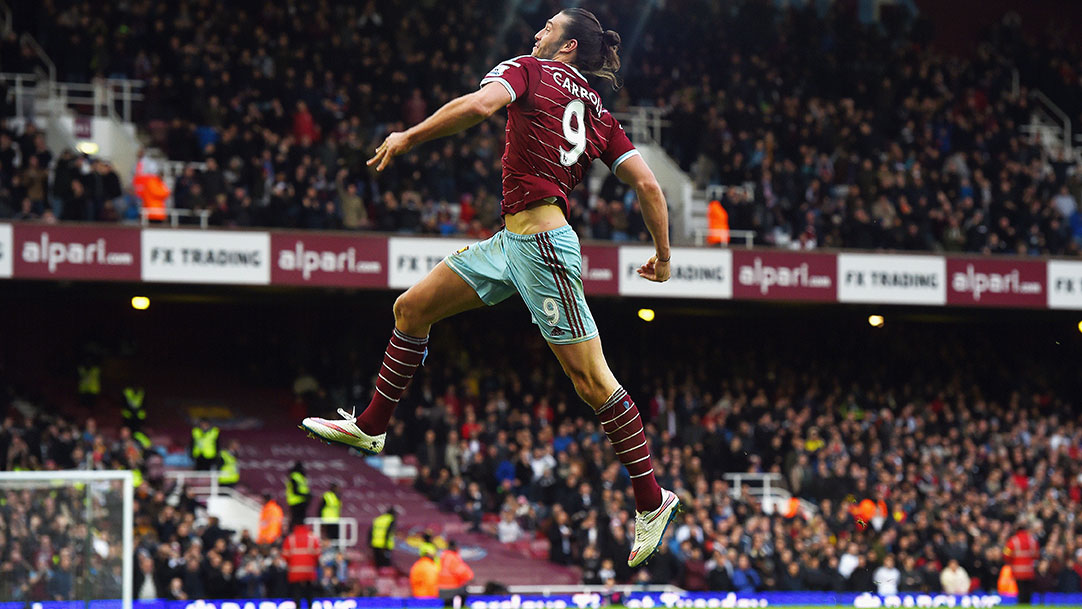 It was a weekend of disappointment for almost everybody in the Premier League. Chelsea lost for the first time. Tottenham and Liverpool — with their scoreless home draws — continued their incredibly lifelike impressions of mediocre mid-table sides. Arsenal benefited from a three-goal swing in a 10-minute stretch (a Stoke goal ruled offside and then two quick scores of their own) and somehow still never really came close to winning. Even Manchester City, who climbed to within three points of Chelsea at the top of the table, leave the weekend devastated by a long-term injury to Sergio Agüero.

The weekend sucked — except for Big Sam Allardyce and his third-place West Ham United.

That’s nine points in eight days for the Hammers. While Southampton might be getting all the early-season sleeper attention, if the Saints lose to Manchester United today, then West Ham will be the top gate crashers after 15 games. And with upcoming matches against Sunderland and Leicester City, there’s no reason to think that’ll change.

Yesterday marked the return to dominance of Allardyce’s ponytailed muse: Andy Carroll. In the lead-up to the game, Allardyce had to defend choosing to sign Carroll instead of Swansea striker Wilfried Bony. Prior to the match, Bony had scored 22 goals for the Swans, while Carroll had notched a grand total of two for the Hammers. The story seemed destined to stay the same when Bony gave Swansea the lead 18 minutes in — and then Carroll did this.

And then he teed up this Diafra Sakho rocket launcher.

Two goals and an assist — all with his head, of course — make for a pretty nice rebuttal.

Sunday was the first time that Allardyce had all of his striking options healthy this season, and despite the move toward a less cross-dependent style that might seem ill suited to Carroll’s above-the-ground game, Big Sam opted to start Carroll and Enner Valencia and bring Sakho on in the second half. With Carlton Cole and Mauro Zárate sitting on the bench — and as odd as it seems to say this about a Sam Allardyce team — that is a lot of firepower.

While juggling all those attacking options might be tricky going forward, you can put it in the “good problems to have” file. Over a stretch when Southampton has been crippled by a lack of depth, West Ham seem to be showing theirs off just for fun. And it’s not only the strikers. They won two games without Alex Song, the hub of their midfield and one of the best signings of the season. The midfield has, at different times, contained newcomers like Song and Cheikhou Kouyaté, alongside stalwarts like Mark Noble and Kevin Nolan, mixed in with kind-of-sort-of wingers Morgan Amalfitano and Stewart Downing, all pressed together into what usually resembles a narrow diamond of a four-man midfield. Despite the rotation in the front two-thirds of the formation, though, West Ham’s defense has remained remarkably consistent with a clear first-choice back four of Carl Jenkinson, Winston Reid, James Tomkins, and Aaron Cresswell.

All that depth combined with Allardyce’s flexibility mean that this team just doesn’t fit your usual underdog mold. The Southamptons and Swanseas of the world play with short squads and a defined approach. West Ham just won three games in eight days playing three different lineups. They played 18 different outfield players over that stretch; Southampton have played only 20 outfield players all year.

Will West Ham contend for the long haul? Staying in the top four remains quite the challenge, but with their varied depth, they’re better prepared for the pitfalls that usually trip up a team punching above its weight. Still, there are concerns. Will they struggle as the league faces them a second time and teams are no longer stunned that the Hammers’ keeper isn’t bombing the ball downfield every time he gets it? Will players like Sakho and Valencia, who have been so strong in the attack this season, be able to endure the rigors of the Premier League for a full season? If Andy Carroll is to be so important, will he manage to stay on the field for any prolonged length of time? Plus, they’ve conceded the ninth-most goals in the league, and are also the ninth worst in terms of expected goals conceded. This, incredibly uncharacteristically for Big Sam, is an attack-minded team bent on outscoring the opposition. Although with the flexibility they’ve shown, one imagines that could change at the drop of a hat — and it might have to when they play Chelsea and Arsenal on December 26 and 28.

For now, though, Big Sam and West Ham United are living the dream. A year ago, they were relegation candidates and Allardyce was fighting for his job. Now, they sit in third place, atop a crowd of contenders vying for the Champions League. There was a time when a successful weekend for West Ham meant that they got the momentary joy of playing spoiler for a game. Now Big Sam & Co. are here to spoil somebody’s season. The rest of the league better start paying attention.