We Went There: USMNT-Mexico in Arizona 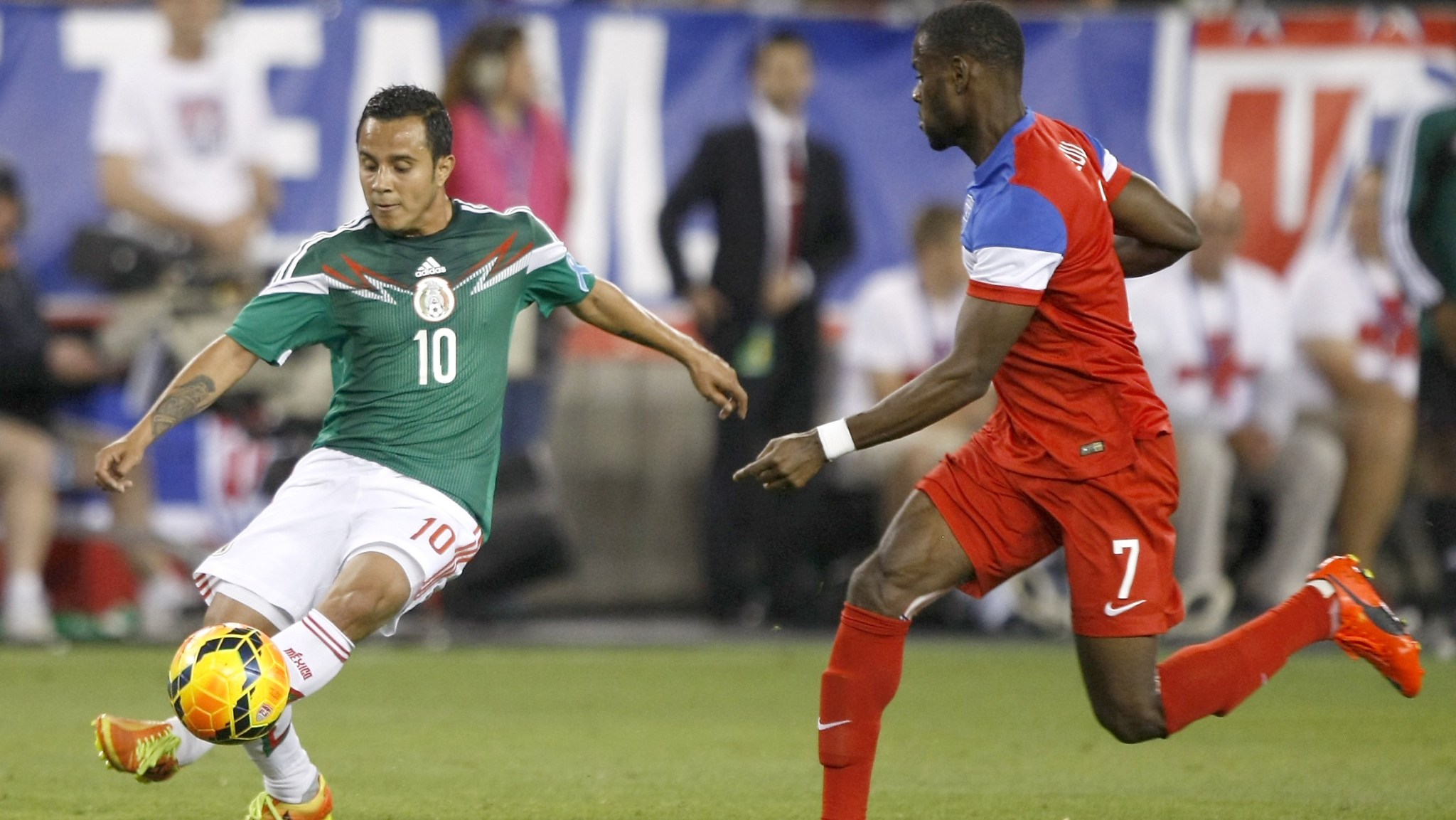 In the end, the result was fair. The United States scored two goals in a dominant opening half, but Mexico rallied for two of its own in the second 45 minutes as CONCACAF’s biggest rivals finished all square at University of Phoenix Stadium in the final friendly before provisional World Cup rosters are announced.

The results of friendlies, of course, don’t matter, even ones against Mexico. This game was about the bigger picture: the summer in Brazil.

What’s strange about this incarnation of the U.S. squad is that while the 23-man World Cup roster is more or less set — we’re probably talking about three or four spots at most that are up for grabs — the starting lineup very much isn’t. You can make a case there are questions at three of the four back-line spots, a couple in the midfield, and at forward as well. This stems from a lack of depth in the defense, especially on the wings, and too much talent in the middle. Plus, there’s the versatility of some players. Fabian Johnson could be the best left midfielder, left back, and right back in the United States player pool. Geoff Cameron could start at multiple positions, too, or not at all. If you’re U.S. head coach Jurgen Klinsmann, this is a good problem to have, but it’s still a problem.

Wednesday night’s match served more to muddy the picture than clear it up. An increasing concern is Omar Gonzalez, one of the presumed center back starters. Mexico’s first goal came off a corner kick when he got lost chasing Mexican captain Rafa Marquez and gave up a free header. Gonzalez was caught watching on Mexico’s second goal as well, his back turned to Alan Pulido, who snuck in behind him to pick up a rebound off the post. These are the kinds of moments that should scare U.S. fans when they think about Brazil. A momentary lapse in concentration, a pick not fought through or a switch not made, and bam: goal. Klinsmann seems intent to stick with the big man despite mounting evidence that he’s not the best option. We’ll see if that continues when the U.S. plays its three send-off games in May and June or if some combination of Matt Besler (who is almost a lock to start), Clarence Goodson, and Cameron gets a shot.

On the positive side, Kyle Beckerman’s phenomenal first half provided another example of his exquisite partnership with Michael Bradley. The two work together in a way Bradley and Jermaine Jones don’t; Beckerman stays put, allowing Bradley to roam free and facilitate just about everything the Americans do. Klinsmann prefers Jones, thinks he’s one of the team’s most important players, and won’t bench him in Brazil. Still, Beckerman isn’t making the choice any easier. His performance against Mexico, combined with the effort he put in against it during the Hexagonal in Columbus, should also encourage American fans that he can succeed if (OK, when) Jones picks up two yellow cards and misses a game in Brazil.

Landon Donovan didn’t start, a combination of tendinitis in his knee and a poor week of training. “He had no tempo in his training sessions,” Klinsmann said in a postgame press conference. “He had no higher pace, higher rhythm. He didn’t take people on.” In other words, Donovan’s ups and downs with the U.S. national team continue. The attack now goes through Bradley, leaving Donovan in a secondary position. He still knows how to score and does work well with Jozy Altidore, but the Galaxy star isn’t the best crosser in the run of play. Fabian Johnson, Graham Zusi, and Donovan all can’t start, so having Donovan in a super-sub role isn’t as crazy as it sounds.

If one player made the strongest case to make the roster, it’s Chris Wondolowski. The forward followed up his two-goal performance against Korea with the second goal against Mexico, a sliding effort that came at the end of a well-timed run. He makes a habit of doing exactly that:

You would say Wondo is lucky to be in those positions, but it happens every…single…game. Such an under-appreciated ability.

Wondolowski can also play the target forward role, a position that gets mighty thin after Altidore. If one of the final spots comes down to him and Eddie Johnson, you have to go with Wondolowski right now.

And then there’s Julian Green, the 18-year-old Bayern Munich phenom earning his first cap for the U.S. Green came on with Donovan around the hour mark and showed some of the promise that has the American soccer community so excited. He attacked with the ball at his feet, drawing two and sometimes three defenders. Klinsmann was irate the referee didn’t award a penalty kick for a perceived foul late in the match. Despite the excitement, the team’s veteran leadership is determined to tamper expectations. “He’s had a pretty good week,” Donovan said of Green after the match. “He’s still got a ways to go, but you can tell he’s got some good starting points.” Beckerman echoed that sentiment: “He’s a young kid. That’s what we all have to remember … He’s something for the future for sure.”

Something for the future for sure, but what about the present? I still don’t think he should go to Brazil but I increasingly think he will. In soccer, sometimes results are fair and sometimes the ball bounces a different way entirely.

The Rebuilding of Liverpool