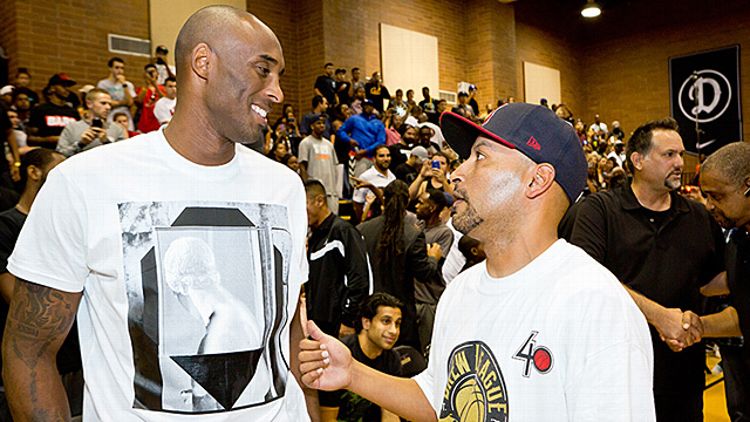 Frank Robinson and Malcolm Thomas carry Hank’s Blazers to their first Drew League title since 2009, in a victory over Kings of L.A., despite heroic efforts from Portland’s Dorell Wright and Toronto’s Amir Johnson. Robinson hit the game-clinching 3 mere inches from Kobe Bryant, who was sitting courtside. Check the video below. After the jump, you can watch more Drew League action.

In the second clip, Thomas throws down a vicious one-handed dunk all over Wright.

About Last Night: Boston Bows Out

Hey ... So ... Tim Thomas? (And Other NHL Offseason Story Lines You Might Have Already Forgotten)