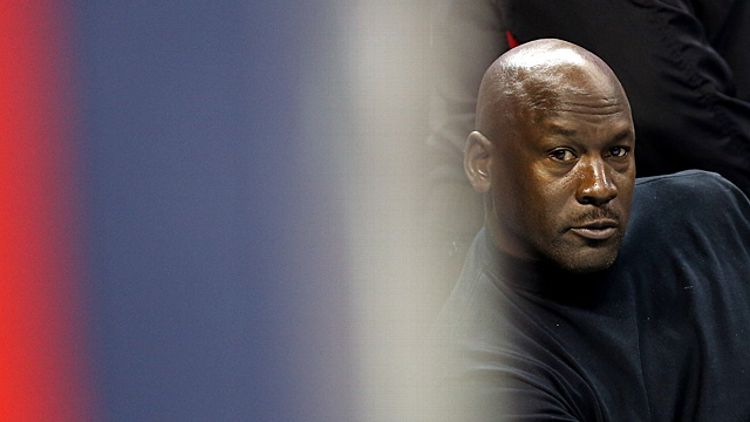 This is pretty bold. We have some questions about this, so many that Danny Chau wrote ’em all down and tried to provide answers.

If Michael Jordan could play, would he be the oldest ever?
Yes. At 50, Jordan would be the oldest by a considerable margin. Nat Hickey, head coach of the Basketball Association of America’s Providence Steamrollers, currently holds the distinction. He was two days shy of his 46th birthday when he decided to activate himself as a player for a day in 1948. He played terribly and never suited up for a professional basketball game again.

Of the 10 oldest players in modern NBA (post-BAA) history, only two (Bob Cousy and John Stockton) were guards. Last May, Grant Hill became the oldest swingman to ever play in the NBA. That distinction used to belong to Jordan, from his 2003 playing days, and may be his yet again if he does the unthinkable.

Can he still play?
Duh. During the 2012-13 All-Star Weekend, Michael Kidd-Gilchrist admitted that he lost to Jordan in a one-on-one game: “I lost. I lost to a 50-year-old guy … He’s the greatest man that ever played the game.”

MJ can still dunk too. But you knew this.

How many times since 2003 has there been a report of an MJ comeback attempt?
It happens every single year.

Would MJ’s return be the greatest moment in Bobcats history?
Yes. And the second, third, fourth, and fifth.

For some perspective, Jordan’s first game back after his retirement and minor league baseball stint in 1994, a road game against the Indiana Pacers, had the highest Nielsen rating for an NBA regular-season game in 20 years. His first home game back at the United Center was a standing-room-only affair. In Jordan’s two seasons as a Washington Wizard, fan attendance at what was then the MCI Center ranked third and second in the league. Following Jordan’s retirement in 2003, that rank plummeted to 21st.

If the response in Chicago and Washington serve as any precedent, Jordan’s return would be a high unlike anything Bobcats fans have ever experienced. It will last for five minutes (this is a realistic playing-time estimate for a 50-year-old, right?), and then it’ll be over. And fans will be condemned to fruitlessly chase that feeling for the rest of their days.

This is all so exciting! Wait, could this really happen?!

According to Article XXIX, Section 8, of the NBA’s collective bargaining agreement, entitled “Limitation on Player Ownership”:

During the term of this Agreement, no NBA player may acquire or hold a direct or indirect interest in the ownership of any NBA Team; provided, however, that any player may own shares of any publicly-traded company that directly or indirectly owns an NBA Team.

Jordan’s current situation as the majority owner and chairman of the Bobcats prohibits him from suiting up as an NBA player. However, the latter clause in the article offers a glimmer of hope. If Jordan forms a publicly traded company and puts his Bobcats shares into this company, he could then become the player-owner we never knew was possible. Easy, right?

Of course not. In a 2011 Sports Illustrated article about the possibility of Jordan’s return (it happens every single year), sports law professor Michael McCann broke down just how much of a pain in the ass it would be:

While that type of transaction is possible, it is also complicated and would require, among other steps, registration with the Securities and Exchange Commission, an initial public offering and NBA approval of the Bobcats’ new ownership structure.

Jordan could avoid these complexities by selling his equity stake in the Bobcats, but a sale would require league approval and would take months, if not longer, to finalize. NBA teams also don’t come up for sale very often. Jordan would have to really want to return to the court before selling the Bobcats, because it’s not clear when he would have another shot at buying an NBA team.

Seems like an ungodly amount of time and paperwork for what is essentially a regulation-court-size scratching post for Jordan’s competitive itch. But if there’s anyone insane enough to try, it’s Mike.