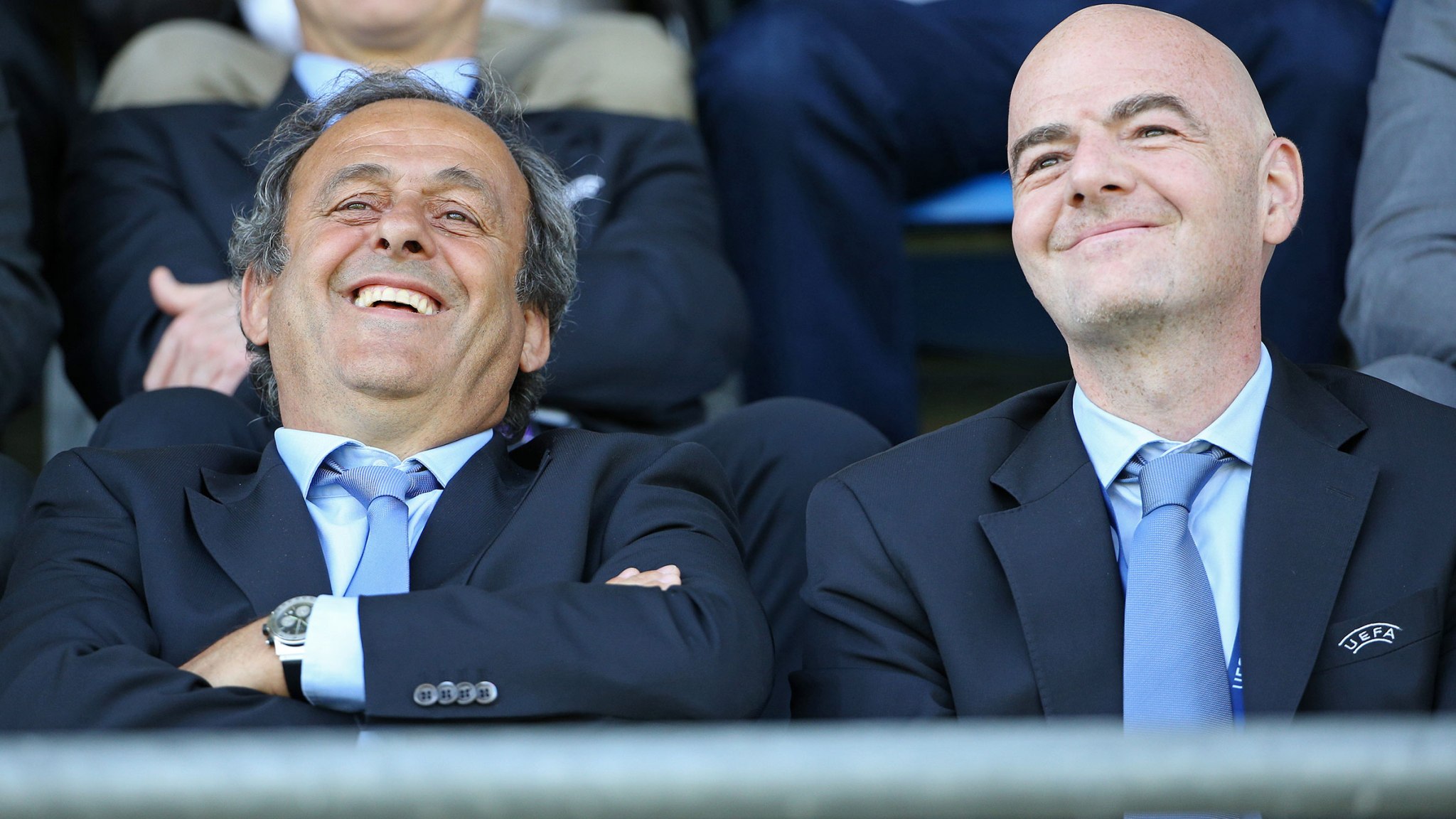 Financial Fair Play is changing. But for that to mean anything, we’d all need to have at least some understanding of what Financial Fair Play is. Almost six years after they were initially agreed to, European soccer’s overarching economic rules are still widely misunderstood. So, before we get to what is going to change, let’s ask some really basic questions.

What is Financial Fair Play?

FFP is a set of rules designed to keep teams from spending more than they make. That’s it. From an accounting perspective, the rules get quite complex quite fast, as money things tend to, but all of the twists and turns, amortizations and exceptions are designed to prevent teams from spending more than they make. Violators are fined for initial infractions and then can be banned from playing in the Champions League and the Europa League after multiple violations.

OK, that’s simple, but what’s the point? Is it so everybody has a fair chance?

No, it’s not about that at all. Financial Fair Play isn’t like American salary caps, which, ostensibly, are about evening the playing field for all the teams. Instead, FFP’s purpose is to keep teams from spending more than they make. If anything, that reinforces the existing financial power structure more than it levels the playing field.

But why do that? That seems dumb. If owners want to lose money, isn’t that their own business?

Totally! But since when have you ever known a rich person to lose his or her own money? Other people’s money, baby — that’s where it’s at. And that’s really what’s at the crux of the problem that FFP is trying to address. Lots of soccer clubs accrue debt. That’s different than saying lots of soccer-club owners accrue debt. When soccer clubs spend more than they make, it’s common practice for their owners to loan the clubs the money to make up the difference. That’s great for everybody involved, until suddenly it isn’t. An owner gets bored, or there’s a fight over taxes, or he gets into a fight with the fans, and all of a sudden the tap runs dry, or at least the owner threatens to turn it off, and there’s a club with wages to pay and a stadium that needs electricity, and boom: Bankruptcy is staring you right in the face. Owners can dig their clubs into holes, then shrug and walk away with comparatively little pain.

And who exactly does this apply to again?

UEFA’s rules apply only to those who play in either the Champions League or the Europa League competitions since those are the two tournaments over which the governing body has direct control. However, similar FFP-style rules are being instituted on a broader scale, including in England. The Premier League’s rules are significantly more permissive than UEFA’s, so it’s unlikely that a team will spend enough money to violate them but not also qualify for Europe and therefore come into violation of FFP. If you’re spending like a drunken sailor and can’t even finish sixth, you’ve got a real problem.

Kind of like QPR. The about-to-be-relegated side is embroiled in a fight about whether, and how much, they owe the powers that be. And this year’s Championship winners, AFC Bournemouth, may also end up having violated England’s financial rules, as their mysterious Russian owner bankrolled them with a couple of loans over the last two seasons.

There are two main lines of objections to Financial Fair Play. The first is that the rules prevent clubs from being bought by a rich owner and thrust into a new level of success. No longer can lowly Littlehampshire-upon-Tinystream hope to one day be gifted with unlimited supplies of oil money to go jettisoning up the table from the third division and into the elite of the European soccer world.

Does that complaint have any merit? A little bit. Both Chelsea and Manchester City were middling clubs when they were taken over by megabuck backers, and they’ve won the last two Premier League titles. Of course, for every Chelsea, there are plenty of other clubs that got injected with an absurd amount of money only to eventually implode thanks to unmet expectations or a suddenly bored owner. Just ask Portsmouth, who won the FA Cup in 2008, went into financial administration two years later, and now play in England’s fourth tier.

While FFP kills the wild dream of a random English club being purchased by a benevolent billionaire and eventually winning the Champions League, it also prevents the nightmare of bankruptcy. That seems like a fair trade to me.

What about the second objection?

The second objection has been raised by the nouveau-est of the nouveau riche clubs. As they attempt to build their squads, both Manchester City and Paris Saint-Germain have fallen afoul of FFP, and both have claimed that it’s not fair that they’re not allowed to spend unlimited amounts of money like the owners of the other rich clubs they’re now competing against were able to.

While FFP is designed to protect clubs from drive-by owners, Manchester City’s owners bought the team in 2009, and PSG was bought in 2011. Both ownership groups have invested tremendous amounts not only in the clubs themselves but in the surrounding infrastructures. City has opened a gazillion-dollar academy, in addition to buying teams in the U.S. and Australia. PSG’s owners, Qatar Sports Investments, own not only the club but a little thing called the beIN Sports Network. Oh, and they’re hosting the 2022 World Cup. Is it weird that a country in effect owns a team? Yes, but weird things can also be true.

Remember, FFP isn’t about keeping things competitive, and neither of these ownership groups is harming its club. So why not let them both spend, spend, spend?  Essentially, laws designed to stop owners from buying things they can’t afford accidentally also caught two owners who can afford literally anything on God’s increasingly less green earth. While it may not have been what the laws were intended to do, it sure was a nice side effect for the rest of Europe’s elite that City and PSG were both financially hamstrung just as they emerged as two of the continent’s better teams.

So is that what’s getting changed?

It seems to be the plan, at least tentatively. UEFA head Michel Platini went on the radio yesterday and talked about easing FFP’s sanctions. This, of course, definitely, totally, 100 percent, without a doubt has nothing to do with a lawsuit supported by City and PSG that claims FFP violates European Union law. It’s also just a complete, utter, and total coincidence that Laurent Platini, Michel’s son, is the CEO of a Qatari sports kit company.

What will the end result be? Nobody really knows, but it’s safe to say that it will involve letting rich owners pump at least a little bit more money into their clubs. How this impacts the entire European soccer system from top to bottom, nobody really knows. Over the last few years, it’s undeniable that the rules have changed how some teams operate. While teams with enormous revenue haven’t had to change much, those slightly down the pecking order have gotten creative. Chelsea have built a loan army to help balance the books. City have poured money into an academy and bought satellite teams for some yet-to-be-determined but probably totally nefarious (or smart and well-planned-out) purpose. Elsewhere, we’ve seen the proliferation of lengthy loans and loan-to-buy contracts as teams manage their books around what’s become a de facto salary cap. Some teams have done a better job at figuring out how to manage those limits than others, but all of that work is about to be at least dramatically altered, if not negated. It’s now just a question of how much changes.

Let’s say I fell asleep seven questions ago. Can you summarize everything for me?

FFP was designed not to create an equal playing field but to prevent teams from spending too much money and torpedoing themselves into financial ruin. Yet, as a byproduct, the rules also kept a pair of really rich teams — who can afford anything and are really invested in spending more — from spending more. Those teams are unhappy, so now the rules will probably change in ways that allow the super-rich guys to keep spending, while everybody else remains protected from themselves and restricted from splashing the cash.

So the rich stay richer and everybody else stays the same?