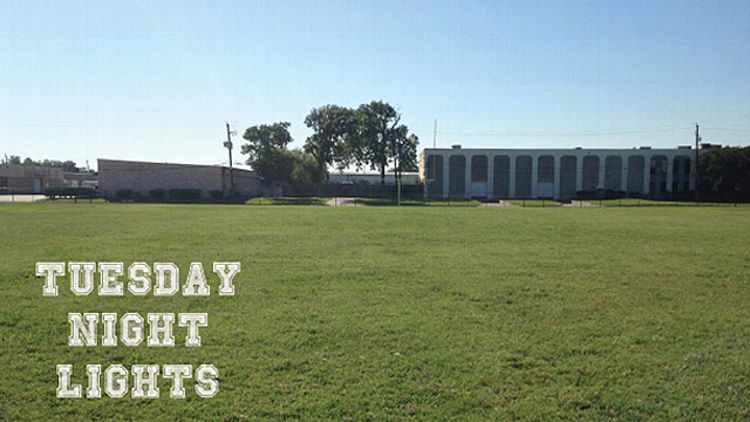 For what seems like the last billion years, every team that has wanted to win a football championship in our school zone has had to stand across the line of scrimmage from the overpowering, overwhelming School F. and yank it from their hands. It is always an intimidating task.

We beat them in 2010 and 2011, which were the two years when we won the title. Last year, though, they destroyed us. I think we might’ve managed to score negative points. The popular cliché is the showing up to a gun fight with a knife thing, but this was worse than that. We didn’t even bring knives. We brought hugs and a bunch of kids who were really good at algebra (which is a compliment, of course), and they brought nuclear weapons and a bunch of kids who were related to Walter Payton and Tony Gonzalez (also a compliment).

This game, then, the 2013 version, was to be our retaliation, same as last year’s was for them. We were going to let The Big Gun roam free in the secondary, allowing him to debone whichever running backs and slot receivers had the misfortune of wandering into his morbid castle of terrors. We were going to call play after play after play for The T, our hyper-athletic running back. Then, their defense tweaked, we were going to have The Helicopter toss it 80 yards down the field into the hands of The Would-Be Star.

After grabbing a two-touchdown lead (which would’ve taken two and a half quarters), we were going to go into our big backfield lineup, then slowly pound the ball into the side of a mountain, four yards at a time, until the clock expired. There would be no hurry, no uninformed play, no useless steps walked. It was going to be magnanimous. It was going to be poetic. And it was going to be perfect.

The rule is simple: While coaches are most assuredly allowed to watch other schools play, they are not — NOT — allowed to videotape. You can videotape your school’s game if you like. That’s no problem. But if your team is not one of the ones playing, you may not record. Sit, watch, make mental notes. No recording. Not on a camera, not on a cell phone, not on an anything. Nothing. None. You’re just not allowed to do it.

Which is why it was so odd to see two of School F.’s coaches in the stands during our game against School K. last week doing just that.

I cannot speculate as to why they were there, who told them to go, or whether or not they were even aware that they were in violation of a rule. Photos of them videotaping the game ended up in front of the human in charge of such things, and so a punishment was levied: School F. was moved to forfeit their game against us.

We of course still practiced as though there was a game, because we still have four more this season. From our days of practice since last week’s win:

2 Trans: Very quiet, very likable seventh-grade player. He is tall (for a seventh grader, anyway), thin, and fast, and that means we can basically plug him into any position on the field. He has mostly played wide receiver and cornerback this season, but recently we slid him into a lineman slot to fill in for a missing player. Holy crap. He was decidedly smaller than the eighth grader he was lined up across, but he was three times as tenacious. He wouldn’t budge. It was like a magic trick. He just always seemed to get better leverage. And it took all of two blitzes through his gap before he figured out how to neutralize that attack too. #king2Trans

Additionally: Rooting for “2 Trans” is the best because you get to shout, “Twoooooooooo Traaaaaaannnnnns!” across the field anytime he does something good. It’s maybe my favorite nickname of any on the team. I don’t know who gave it to him, but I’m glad they did.

Strong Side: A seventh-grader defensive end, except really he’s not a defensive end, he’s a DEFENSIVE END. He showed a healthy amount of promise in our very first scrimmage (he literally picked a kid up and threw him into a running back) and has only gotten fiercer since. The best example: Seventh grade played School F.’s seventh-grade team on Monday (to a 0-0 standstill). On one play, their running back broke free for a far-too-long run, setting them up at our 2-yard line. Our safety, a menacing tackler, and The Hulk, who plays defensive end, were both out. Strong Side took stock, realized he was the only one left on the line capable of thwarting School F.’s assault, then transformed. School F.’s quarterback called hike, looked up, realized Strong Side had destroyed everyone standing near him, panicked, then tried to sprint away. Strong Side chased him down, slamming him into the grass for a 16-yard loss. School F. never got closer than that to scoring.

The Goose: The Goose plays cornerback, but really he plays goofball. He’s a sweet kid with a warm smile. This is his first year playing football, though he seems like a natural. He’s very smart and very fast. As such, we moved him to safety during an in-team scrimmage to see how he’d react. On three consecutive plays, despite being in prime possession for an interception, he watched the receiver catch the ball before wrapping him up. When I called him over and asked him why he wouldn’t just jump in front and snatch the ball away, he looked at me square in my eyes, raised his eyebrows in curiosity, then asked, “I can do that?” I laughed. “Yeah, son. You can do that.” He jogged off. “OK, coach. I’m gonna try.”

While on break, several of the boys started playing a game I imagine they’d call “Juke.” The way it works: Two boys line up across from each other — one on offense, the other on defense. Someone shouts “Go,” and then the offensive player tries to do some sort of fancy stutter-step move to discombobulate the defender, then attempts to run past him into an imaginary end zone.
Victory is declared by hollering some variation of “Juked you!”

The T, our running back, is especially good at this game. He had run through three or four players before Dr. Boom, a talented lineman, set up across from him. In addition to his athletic prowess, The T is also a master class insult-hurler. He immediately scanned Dr. Boom, processed that he was wearing bright-red socks, then barked, “Man, get outta here with your Christmas socks! And they got a hole in ’em! It’s a holy Christmas!” All the kids laughed. Even Dr. Boom laughed. It was wonderful.

Next week we play School H. This will be the first time (since I’ve been coach, at least) we’ll play them. What’s more: We’ve been assigned the late-night slot, which means we play at 7 p.m. For the first time this season, the “Lights” in “Tuesday Night Lights” will refer to real, actual lights, which means we’re basically the Dallas Cowboys for 90 minutes. What’s more: It will be our homecoming game, and that is for sure a very big day. I can’t remember the last time we lost a homecoming game. I trust (hope) that we won’t begin next week.

How the Oakland A's are Changing the Postseason Ticket-Buying Game