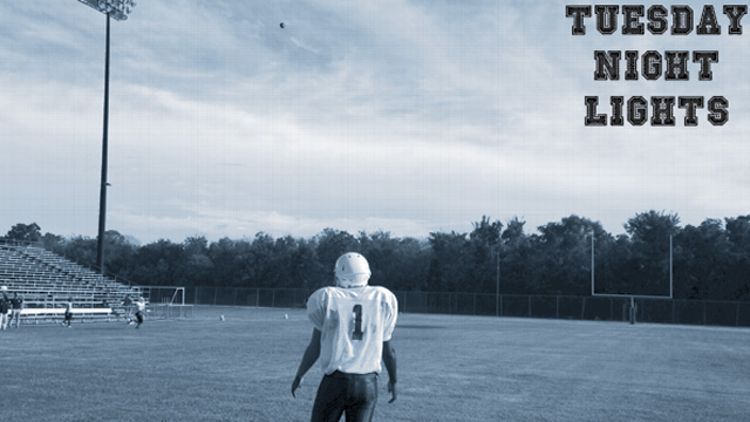 I was under the impression we were to play School F. this week. I was wrong. I’d transposed the names on the game schedule. We actually played School K., the only other school in our zone that challenges for the championship every year. They are a pack of wolves. If you can make it out of a game against them with most of your players alive, you’ve had a successful day.

Typically, each school we play has both a seventh- and an eighth-grade team. More than anything, the seventh-grade game is seen as an indicator contest, a glimpse at what that school’s eighth-grade team will look like. Last week against the bumbling School E., we played eighth because they didn’t have seventh (they barely had eighth). We got to play a seventh-grade game this week, though. It wasn’t that great.

The monstrous School K.’s best player was a defensive end. He was 9 feet tall and weighed 1,400 pounds. His name was J. Boogie. I know his name was J. Boogie because some people in the crowd would shout “JAAAAAAAAAAY BOOOOOGIE!” every time he destroyed our line, which was basically always. He attempted to sack our quarterback during huddles. He was a gigantic demon.

There were a few players on our team who showed tremendous courage. The Hulk, the Little Running Back, and the Show, our teeny-tiny grizzly bear, all repeatedly puffed their chests out at School K.’s overpowering strength. The best moment: On a kick return, the Show snatched the ball from the air and sprinted into the terrifying pack of bodies coming toward him. He disappeared completely behind thighs and knee pads only to erupt out the other side seconds later. One of School K.’s players managed to get a handful of jersey and sling him down to the ground. A crash like that would have atomized most. But the Show is the Show. He popped up, tossed the ball to the ref, then jogged off the field. As he did, several of K.’s players high-fived him, a show of respect for his tenacity.

Aside from that, though, our team was simply overwhelmed. We lost, four touchdowns to zero touchdowns.

On the bus ride back, one of the other coaches looked at me and asked, “What do you think? How are we gonna do tomorrow?”

“Our boys will fight,” I said. It was all I could think to say.

At the start of the second half, the Helicopter received the ball on a kick return. His eyeballs scanned the fray and got his legs churning. He followed behind the T and two other players, both of whom missed their blocks entirely. The Helicopter was crushed. When the other team peeled themselves off him, the Helicopter laid motionless on the turf. One of the assailants kept his eyes on him as he bounced away, smiling and clapping and swaggering, “Yeahhhhhh, get big! Get big!” It sounded a lot like the “Get him a body bag, Johnny” line from The Karate Kid.

The other coach and I stepped out to him (it happened right near our sideline). After a minute, the Helicopter rolled himself over. It was weird. It was like watching LeBron get cramps in the final. “The Helicopter can’t be hurt because only humans get hurt, and the Helicopter is half deity.” We helped him off the field and put in the Big Gun at quarterback. I’d assumed we’d lost the Helicopter for the game.

“I wanna go back out there, coach.”

He wasn’t angry and he wasn’t venomous.

Our boys held School K. scoreless through three quarters. It was remarkable. Our defense was impenetrable. And so was theirs. Both teams moved between the 30-yard lines but neither could ever get closer than that. It was tense and exciting and perfect, like banging steel against steel — until the fourth quarter. That’s when they broke.

On the fourth-to-last play of the fourth quarter, the Helicopter delivered a 40-yard missile ON THE RUN TOWARD HIS LEFT to the Would-Be Star, setting the team up with first-and-goal at the 9. The Helicopter clobbered it in from two yards out. We forced a turnover on downs on the following drive, gave up a fumble, forced a fumble immediately after, and then the Helicopter threw another 40-yarder to the Would-Be Star, this time WBS making it into the end zone.

The Helicopter punched the air and flexed his everything, revenge enacted for last year’s drubbing by the same team. The crowd was in the stratosphere. And School K. was left to figure out what had just happened to its undefeated season.

The Helicopter: After getting jarred at the start of the second half, he was brilliant. His on-the-run throw over the top of the secondary and into the sticky palms of the Would-Be Star could’ve been on SportsCenter’s Top 10. He stood nearly alone all of last season. This year he has a gang. And he looks SO excited about it.

Dr. Boom (formerly Boom-Boom): Dr. Boom didn’t get to play in the first game because he didn’t arrive to school early enough to get his equipment. He got to play in this one, though. And he was a bear. His most impressive moment: Late in the fourth quarter, with School K. on the run of a solid series of plays, he blew up the left guard, grabbed ahold of the running back, who’d just been given the ball, then dragged him down into the torture chamber for a five-yard loss. The moon split in two. Dr. Boom is a player.

A.P.: Plays cornerback. He’s built like the Tazmanian Devil, and that’s probably not that great for a cornerback. But it turns out that he tackles like him, too, and that’s definitely great for a football player. Against School E., a decidedly less athletic team, A.P. was mostly relegated to standing near a receiver who never had the ball thrown to him. Against School K., a team with the footspeed to get to the edges, he found himself in fistfight after fistfight after fistfight. He is not very tall and not very fast and not very muscular, but he lays his mass into you like he doesn’t understand that collisions hurt. He forced a fumble in the first quarter and recovered a fumble in the fourth. I’m certain he slept like a king last night.

The Big Gun: I think he had 7,000 tackles. On one particularly impressive play, he blitzed through the line, met the running back one-on-one, put his shoulder into the running back’s chest plate, wrapped him up at his thighs, lifted him up and then drove him into the mantle. I think the running back might still be jammed somewhere down in the earth.

The Eagle: He had stellar play at outside linebacker. The most telling illustration of his fury: He broke the screws on his face mask during a tackle. He speeds around as if he thinks that if he stopped moving his heart would stop beating.

The Would-Be Star: A glorious evening. The Would-Be Star is a natural leader. There are no moments of silence in his presence, no misplaced players on the field. He barks orders at linemen and linebackers and they all listen to him and they all love him for it. Before the game, he gathered the team into a circle and delivered an “ALL YOUR LOVE, ALL YOUR HATE!” speech to them. I stood within earshot. By the end of it, I was so pumped that I felt like grabbing a fistful of fire ants and eating them. Every few downs, whenever he felt his defense lagging, he’d scream loud as he could, “1-2-3!” and the other players would shout back “DEFENSE!” He did it over and over and over again. On offense, he is equally impressive. Throwing it to him is like throwing it into a vat of syrup. The Helicopter already trusts him completely.

The T: The T showed all of his athleticism by out-battling a several-inches-taller receiver on a critical play early in the fourth quarter, knocking the ball to the ground. And he followed that up later with the game-clinching interception with a minute and a half to play. But a large part of his value comes in the form of confidence for loan: When School K. arrived, their horses dwarfing our ponies, he took quick stock of his team. “Let me get my circle together because you boys look nervous already,” he shouted. Between him and the Would-Be Star, I’m sure they’ll use up all the words available the season.

Coach: What are you doing, son? Your job is to tackle.
Player: Yes, sir.
Coach: So did you tackle him?
Player: No, sir. I think I might’ve scratched him.

Next week we play the deadly School F. for real this time. That team beat us by a billion last season on its way to its 400th Zone Championship. (School K. has won 300. We have won two. Everyone else has won bubkes.)