Tracy McGrady Is Here to Save the American Pastime 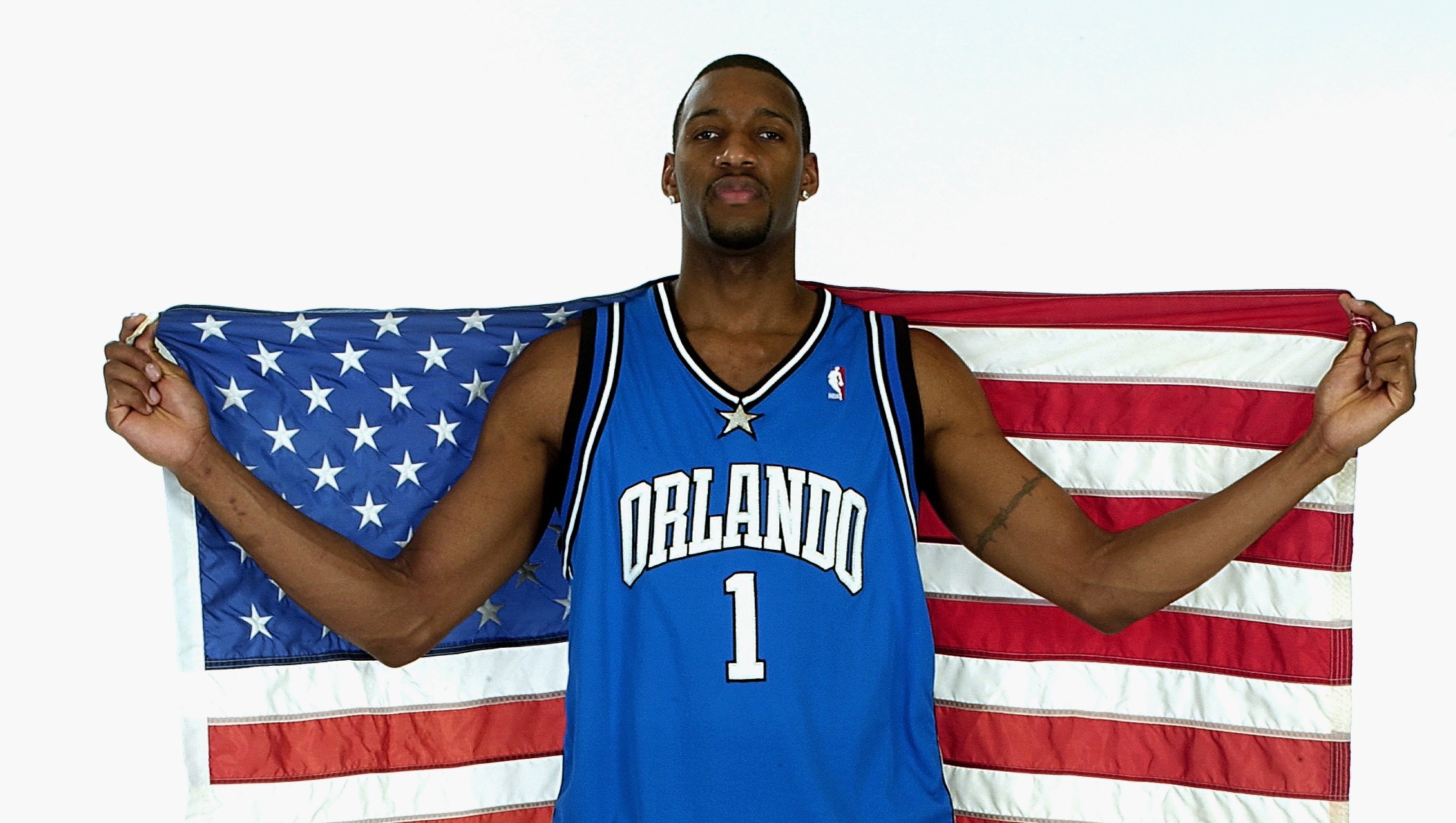 You have probably heard that Tracy McGrady is pursuing a career in baseball. It was the morning after the Super Bowl when I first heard about it, and the news seemed too good to be true: Tracy McGrady reportedly considering baseball career.

That can’t be real.

But then last night on the plane back from New York City, I got one of those stupid email blasts from TMZ, except this one wasn’t stupid. This was confirmation. “Tracy McGrady — I’m SERIOUS About Baseball Career … ‘I Have a Nice Slider.'”

So this morning, it was time to get serious about these rumors.

Some Googling reveals that Jeff Van Gundy was the first guy to break this story. During the Nets-Thunder game on ESPN last week, Van Gundy said: “Speaking real quickly about McGrady, I think he’s going to play independent league baseball as a pitcher this year. … I’ve heard from sources in Houston — seriously — that he’s throwing over 90 miles an hour.”

As one man on the ground tells this Fox affiliate in Houston: “When Tracy came out I was all ready to tell him, ‘Tracy I don’t want you to get embarrassed going out here doing that.’ Once he got on the mound and started throwing, I looked at Deacon Jones (special assistant to the Skeeters president), Deacon looked at me, and (I said) there’s something there.”

And Spinks is clear: “There’s something there.”

McGrady has also been working with Roger Clemens, who cautions that T-Mac’s still a ways off from taking the mound for real.

“(He) needs more time and needs to react to live hitters and balls coming back (toward) him,” Clemens said of McGrady.

More Roger Clemens from Sunday on TracyMcGrady:"The bullpen I watched him throw he was throwing 83maybe 85MPH.He's still trying 2locate it"

In another world, those quotes might bring us all back to earth, but no, we’ve come to far to let Roger Clemens ruin this. McGrady’s been practicing for two months. Of course he’s not ready yet. Give him time.

Like Michael Jordan and other NBA stars before him, McGrady grew up playing baseball. As part of the Googling binge this morning, I found this old article a Deadspin commenter dug up. 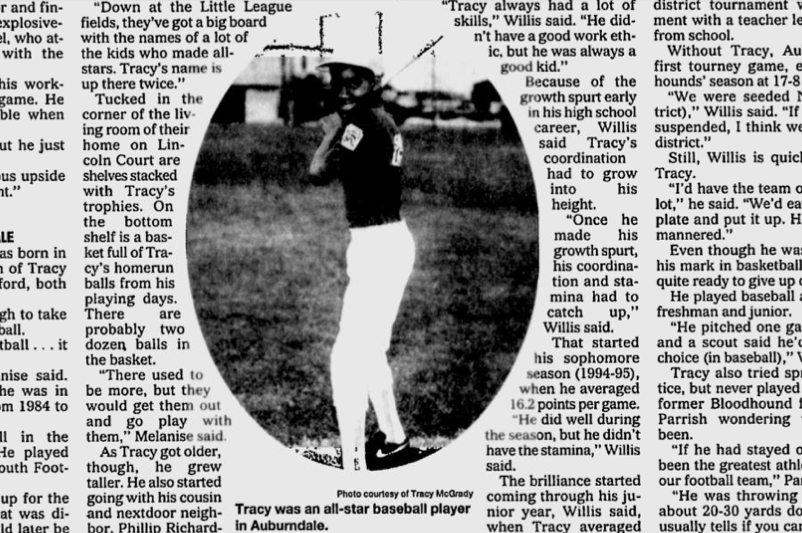 “Baseball was my favorite sport,” McGrady told the Lakeland Ledger in 1997. “I used to dream about pitching in the majors.”

As the paper explained: “Instead of Michael Jordan or Scottie Pippen, Tracy envisioned himself following in the footsteps of his favorite pitcher, Dwight Gooden.”

“He was better in baseball,” his mom said. “Down at the Little League they’ve got a big board with the names of a lot of the kids who made all-stars.”

“Tracy’s name is up there twice.”

OK, so to put this in context, which classic baseball movie would a T-Mac comeback resemble? Let’s see. 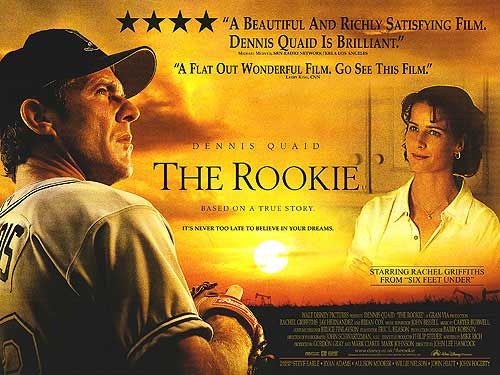 Tracy McGrady stars as the guy who gave up on his baseball career when life got in the way (being a superstar NBA basketball player), but then, one day, he found out it’s never too late to chase your dreams.

Imagine this scene with Tracy McGrady instead of Dennis Quaid.

That’s why this needs to happen. We need a sequel to The Rookie that is more or less a scene-for-scene remake with Tracy McGrady instead of Dennis Quaid. We can also find a role for Scipio Spinks and Jeff Van Gundy, and find a way to cut Roger Clemens out of the story. It would be beautiful and richly satisfying and flat-out wonderful.

For now, McGrady says, “Don’t yet know where this will go but I do know I am having a great time and throwing pretty well …”

A rep for the Sugar Land Skeeters says, “Tracy McGrady is one of the most elite athletes of this era and we appreciate his interest in pursuing a life-long dream with the Sugar Land Skeeters and the Atlantic League. … McGrady has demonstrated skill, determination and diligence during his training program at Constellation Field. We look forward to monitoring his progress.”

We’ll all monitor his progress right along with the Skeeters, and who knows where it will end.

All I know is that I believe in T-Mac. Do you?

Were you wondering what the luge course would look like in Times Square? Of course you were!