The Weakest Link: A Look at the Worst Position Groups in the NFL 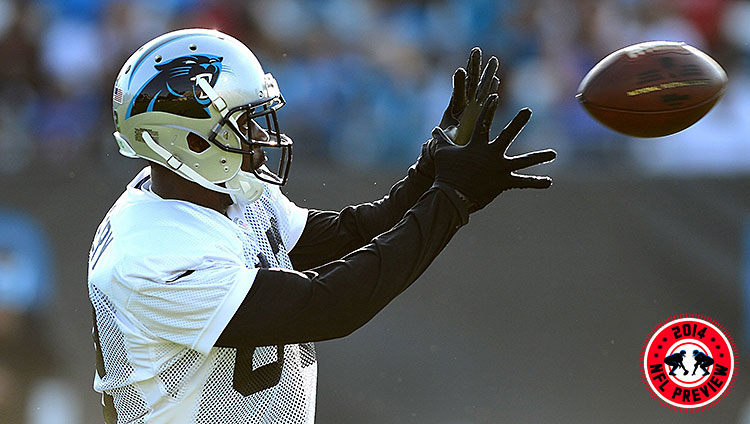 Plenty of veteran players would rather not show up for preseason games, but last week, Dimitri Patterson took it one step further. He just didn’t. Patterson, a starter, never arrived for the Jets’ game, part of a 48-hour stretch when coaches and management couldn’t track him down. More details may trickle out later, but for now, Patterson is suspended indefinitely.

He’s likely to be back by the start of next week, but for the time being, Patterson’s trip to limbo, combined with Dee Milliner’s high-ankle sprain, leaves the Jets with Darrin Walls and Ellis Lankster as their starting cornerbacks (because apparently, first-round pick Kyle Wilson is relegated to slot duties). Even for a week, that’s a scary proposition.

In the years since Darrelle Revis’s departure, Rex Ryan has been able to piece together quality defenses without great play in the secondary, but rolling with a pair of career backups and an average (at-best) pass rush to protect them would be a different kind of challenge.

Considering this, the Jets’ worst-case scenario, got me thinking about who actually does have the weakest position groups in the NFL, taking season-ending injuries and the like into account. This isn’t an attempt to rag on teams for the sake of doing it, but just to take stock, a week before the season starts, of what areas teams might have the most trouble in when the games get going. 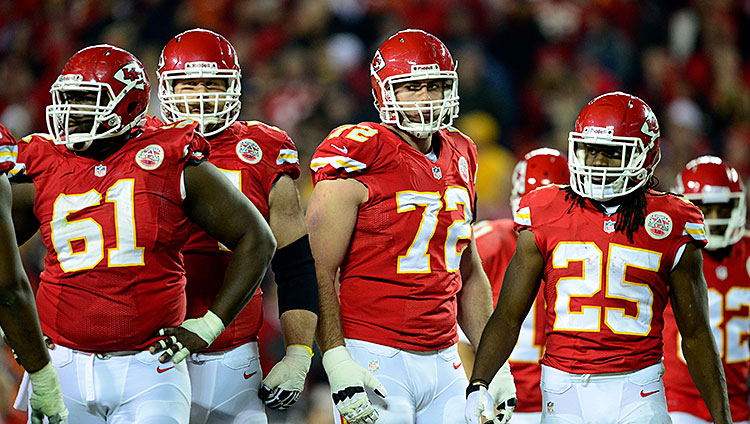 Since last season ended, Kansas City has said good-bye to its three best linemen. In a group of five guys, that’s typically not good. Geoff Schwartz got a nice deal from the Giants. Left tackle Branden Albert, long rumored to become a Dolphin eventually, is one now. And Jon Asamoah left to give the Falcons some much-needed interior line help.

That gives the Chiefs a starting five, from left to right, of Eric Fisher, Zach Fulton, Rodney Hudson, Jeff Allen, and Donald Stephenson — and Stephenson is suspended for the first four games of the season for PED use.

Fisher was the first pick in last year’s draft, and he had a really hard time as a rookie, even with less responsibility, over at right tackle. He’ll be in the big chair over on the left side this year, where more questions will be asked of him. It’s almost guaranteed he’ll be a significant downgrade from Albert. The Chiefs will also start sixth-round pick Fulton. Starting a sixth-round rookie can be spun one of two ways: Either you hit a home run late, or you have no better options. It’s typically the latter.

Kansas City’s offense is built around Jamaal Charles, but last year, having an above-average line (when Schwartz took over) certainly helped. Surviving turnover is typically a challenge for most lines, but surviving it with inferior talent is even tougher.

In the running: Jaguars, Seahawks, Bucs

Even as the Kelvin Benjamin excitement begins to build, this group still leaves a lot to be desired. Outside of Benjamin, we’re looking at Jerricho Cotchery and Jason Avant, neither of whom has been more than a no. 3 receiver in about three years. Considering Carolina’s offensive line saw about as much attrition as the Chiefs’, there’s serious reason to worry about how Cam & Co. are actually going to score. A very good running game was able to atone for an average passing game last year, but there’s a good chance the Panthers are missing the first part of that equation this season. Benjamin needs to be Jimmy Graham, like, tomorrow. But even if he is, he won’t be getting much help.

In the running: Rams, Jets, Browns 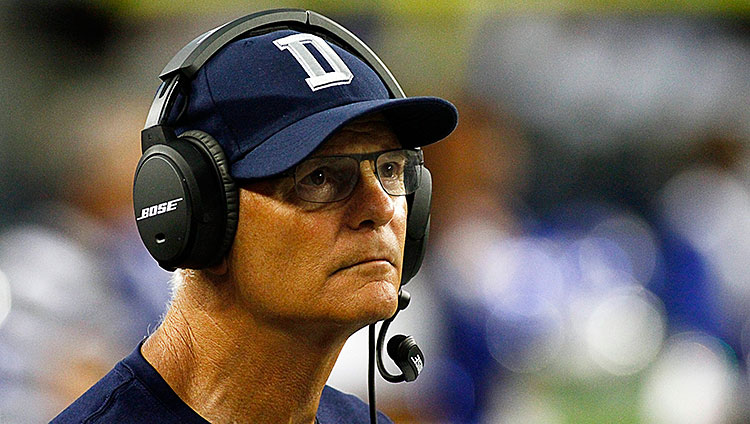 Having to move on from the best pass-rusher of his generation is never easy, but replacing him with Jeremy Mincey really makes it sting. Along with DeMarcus Ware, the Cowboys also lost Jason Hatcher, who had the best season of his career, with the switch to Rod Marinelli’s 4-3 system.

Replacing Hatcher is Henry Melton, who still hasn’t fully recovered from a torn ACL, and, oh yeah, is coming off a torn ACL. In Chicago, Melton showed that he can be a very good rusher as a three-technique tackle in Marinelli’s defense, but he did most of that damage while working next to Julius Peppers. George Selvie, the Cowboys’ other starting defensive end, isn’t quite that guy.

Usually, a line either falls on the side of being a smaller group that can get after the passer (the Rams) or a bigger group that can handle the run (the Jets). Somehow, the Cowboys are neither. They were 26th in adjusted sack rate last year — with Ware and Hatcher — while finishing 28th against the run. Marinelli might be the best defensive line coach of the last 20 years, but he’s got his hands full here.

In the running: Chargers, Steelers, Giants

Tennessee has spent the past two offseasons building up its offensive line — taking Chance Warmack 10th overall a year ago, signing Andy Levitre to a big deal in free agency, and following those moves by drafting Taylor Lewan at no. 11. It’s a shame those guys don’t have anyone to block for.

Bishop Sankey may turn into a quality running back, but right now, he’s just a rookie who can’t beat out Shonn Greene. Greene remains the starter in Tennessee, which doesn’t inspire much confidence in the Titans’ ground game. He got a pretty nice deal to come to Tennessee after losing his job with the Jets, but that was a contract people were panning even as it happened. I’m not sure there’s a less exciting option available. Since the start of the 2009 season — Greene’s first in the league; he’s already 29! — Greene has had 14 runs of 20 yards or more. That’s one fewer than Justin Forsett, who’s done it on 552 fewer carries. Mike Tolbert has 13; he’s carried the ball 403 fewer times and is also Mike Tolbert. Whatever the opposite of “pop” is, that’s what your offense has with Shonn Greene at running back.

In the running: Jaguars, Colts, Raiders

The two weakest points of Atlanta’s defense are its inside linebackers and its pass rush — both of which fall under the “linebacker” umbrella when the Falcons play their 3-4. Sean Weatherspoon is out for the year, replaced by some combination of Joplo Bartu and rookie Prince Shembo. Shembo was really more of a pass-rusher at Notre Dame, which I actually kind of like when thinking about inside linebackers in a 3-4.

The Cardinals’ pass rush got a significant boost from Daryl Washington getting after quarterbacks, and NaVorro Bowman was a pass-rushing terror when given the chance for San Francisco last year. Still, Shembo is a rookie who probably won’t even get the job, and fellow inside backer Paul Worrilow was merely competent as a rookie undrafted free agent last year. This is a group that seriously needed Weatherspoon.

The scariest part for the Falcons is that their pass-rushing outside linebackers might be in even worse shape. Atlanta finished dead last in adjusted sack rate last year and brought in no one to remedy that. Kroy Biermann is back after missing the final 14 games of last season, but he isn’t exactly Von Miller. He and Osi Umenyiora probably aren’t enough at this point, and unfortunately, that’s all the Falcons have.

In the running: Cardinals, Giants, Raiders