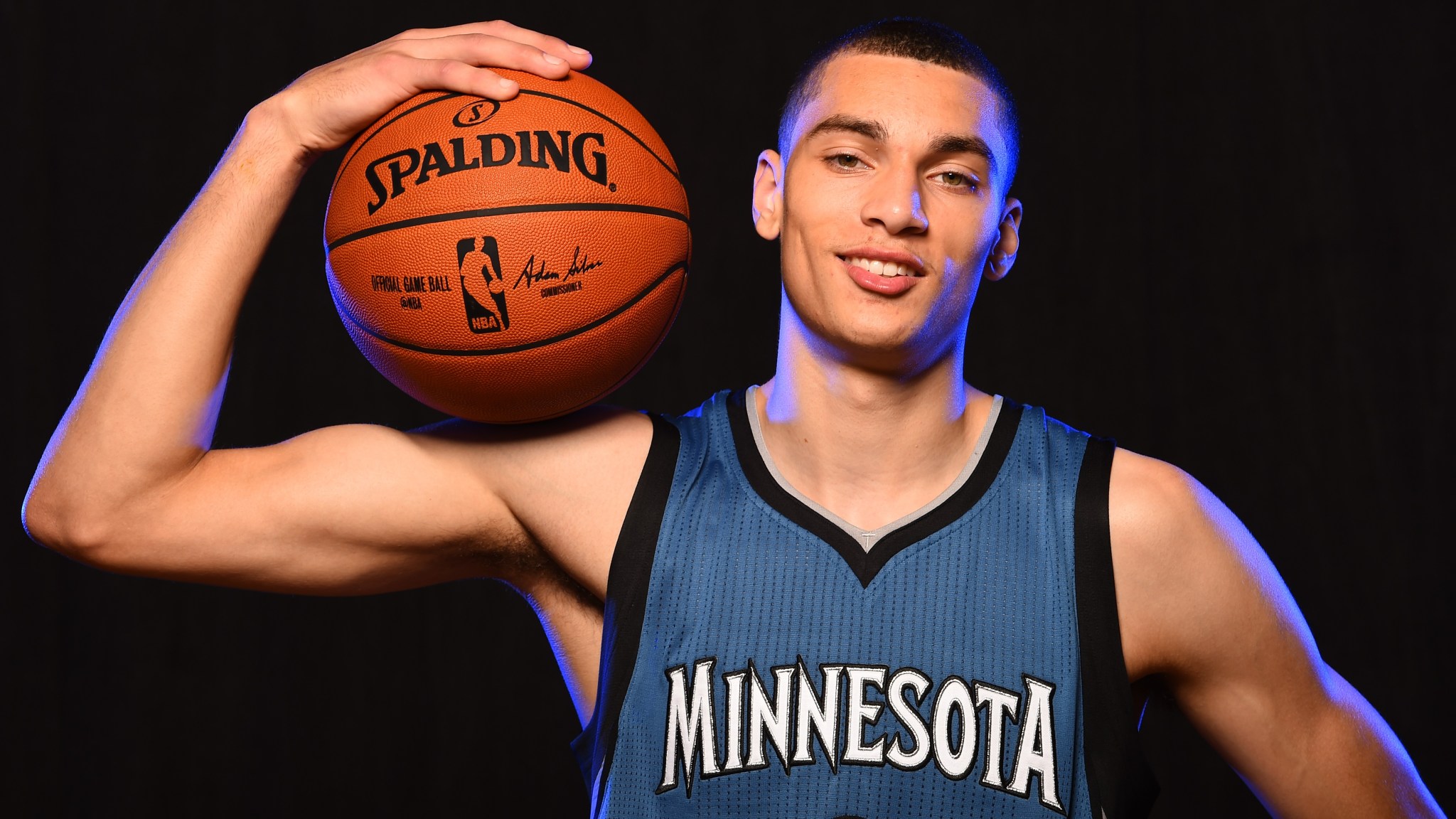 On Friday, September 12, the new-look Minnesota Timberwolves traveled to Texas to play an exhibition game against the new-look Dallas Mavericks. Sort of.

“How is Chandler Parsons on [his new] team and I’m not?” asked Zach LaVine as he looked down the depth chart on the wide-screen TV.

He was incredulous. Sadly, an updated NBA 2K14 roster for Xbox One can move players around — placing Thaddeus Young and Anthony Bennett on the Wolves — but cannot create them out of thin air. Call it a failing of emergent technology: The game looks spectacular in its first year on a new console, but it’s a little threadbare in the options.

LaVine, then, is no different from the millions of avid gamers who look forward to the release of first the player ratings for the new edition of NBA 2K and then the game itself. But while a lot of them will create themselves in the game, LaVine is waiting anxiously to see what he’s like as an honest-to-god player in the game — even if he can’t make the most of what LaVine heard is a 75 overall rating. (Turns out it’s a 72, but LaVine said, “If I don’t like it, I’m gonna raise it to 99.”)

“I’m not the best at video games, but I play them a lot,” he said. “I started out playing 2K and then [NBA] Live came out with the dunk contest with slow-mo where you could go between the legs like four times. I was actually pretty good at it, where you hit all the buttons? X, Y, X, Y and they do some crazy reverse. Couldn’t play the regular game. Pretty good at the dunk contest.”

Like anyone working with an unfamiliar roster in 2K, LaVine did his best to suss out strengths and weaknesses on the fly. “Who’s no. 32?” he asked after Ronny Turiaf made an open 8-footer. “OK, give Ronny baseline jumpers.”

He barked at J.J. Barea (although he did point out that Barea was “killing” for Puerto Rico against the U.S. in a FIBA exhibition game) and marveled at a wing 3 by Corey Brewer (“I didn’t think Corey shot 3s like that”). He reserved the most empathy for players he’d spent actual time with, like Thad Young. (“He’s nervous,” he explained after Young missed a wide-open jumper. “It’s his first game.”)

But LaVine’s unexpected hero was Kevin Martin, who dropped 3-pointer after 3-pointer, to pull the game within reach. Down four late, a foul sent Monta Ellis to the line, and LaVine worked every angle he could, swatting playfully at the other controller to ice the shooter.

As with all preseason games, though, the outcome didn’t really matter. Down at their roots, video games — especially sports video games — are wish-fulfillment machines. They are reflected worlds, but amplified, allowing us to manage a franchise or put ourselves in the game, which is what LaVine has done for years, and not just with basketball. “I play baseball — The Show — a lot,” he said. “I’m pretty good at that. I go ‘Road to the Show,’ where you build your own player. I build myself when I used to play as a center fielder. Power, speed, stealing bases.”

He usually does the same in NBA 2K but, he said, “I probably won’t do that now because now I’m in the game.”

But I kind of want him to. I like the idea of LaVine yet again painstakingly constructing a basketball avatar in his likeness, being drafted by the Timberwolves, and then having to compete for playing time against someone else’s idea of who he is. Two Zach LaVines, sharing the same virtual team, vying to see which one will win out.

As video games have become more and more true to life, they’ve taken on a different weight: Rookies now guess their ratings and get their heads scanned, and LaVine refers to digital Kobe as a “cheat code” in reverential tones. Soon, LaVine will pass from character creator to created character, but there’s not just the real LaVine and the digital. There are all the virtual LaVines — basketball players, baseball players, football players — created by the actual LaVine over the years and saved on memory cards and hard drives. There are the ones created by other players in their own games of 2K14 over the summer. There’s the LaVine who was the Timberwolves’ marquee draft pick, and the one he became when Andrew Wiggins came to the team. The one he’ll become now and the one he would have become if Kevin Love had stayed.

For LaVine, his arrival in the NBA will foreclose on some of those fantasies while opening up other, more tangible ones. “It’s going to be weird just playing with me, like, that’s actually me in the game,” he said. “I’ll get used to it.”