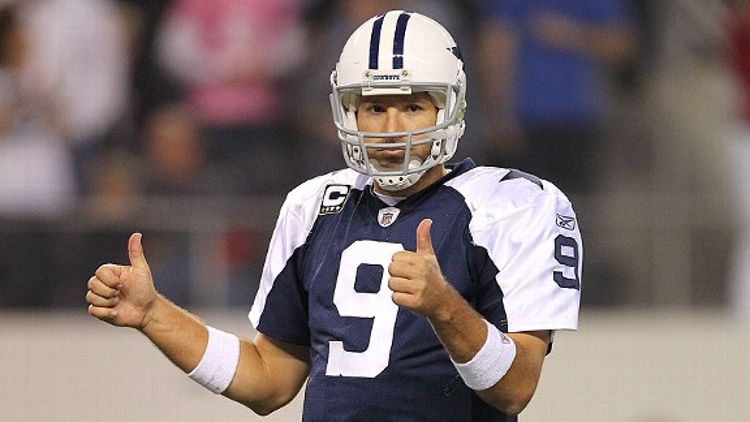 STEELERS (-14) over Browns
I know, I already lost this one. In my defense, I didn’t know Ben Roethlisberger’s leg was going to get ripped off his body, then taped back on for the second half.

Colts (+16.5) over RAVENS
Total Uncle Miltie game for the Ravens. In other news, David Stern has vowed to void Indy’s trade of Peyton Manning to the New York Jets next April.

Falcons (-3) over PANTHERS
The Panthers looked good against Tampa and Indy, making us forget that the Carolina defense gave up 233 points in seven games from Week 4 through Week 12. Remember I told you this as Matt Ryan is hitting wide-open receivers as you’re trying to tell Roddy White and Julio Jones apart.

BENGALS (-3) over Texans
Great matchup for the Bengals: Maybe they’re down three cornerbacks, but Houston is down one Andre Johnson. I can’t believe that my only hesitation here was, “You know, T.J. Yates isn’t that bad … ”

LIONS (-10) over Vikings
Still not ruling out a late-season Lions run, followed by things self-combusting in Week 17 at Green Bay when the team commits 350 yards of penalties and Ndamukong Suh gets ejected for driving the team’s injury cart into a goalpost, followed by everyone deciding not to blame Jim Schwartz.

JETS (-10.5) Chiefs
Good lord, did anyone see Tyler Palko last week? Has anyone ever pulled off the “so bad he got benched, then the backup got hurt, then he got thrown back in, then everyone forgot how bad he was because of a Haily Mary and because the other QB was worse” routine better than him? If the Jets defense gives up more than 10 points in this game, Rex Ryan should be forced to eat barbecue until his lap band breaks.

DOLPHINS (-3) over Eagles
BRONCOS (-3.5) over Bears
Thank you, America, for continuing not to believe in the Dolphins and Broncos.

Patriots (-8) over REDSKINS
So disappointed that Inside the NFL didn’t have footage of Fred Davis and Trent Williams apologizing to their teammates for their drug suspensions. Guys, we’re really sorry we let you down. We were over at Fred’s watching the Avatar 3-D Blu-ray on Fred’s new TV, and we just couldn’t stop ourselves … especially when Fred realized that he had three bags of Popcornopolis in his kitchen … you have to believe us, one thing led to another … “

TITANS (+3.5) over Saints
Chris Johnson killed hundreds of thousands of fantasy seasons, only now he’s one of the best starts for Round 1 of the playoffs? That doesn’t seem fair. The NFL should make him sit out this weekend or something. By the way, this is my upset special: Titans 27, Saints 16.

Raiders (+11.5) over PACKERS
I’m picking against Green Bay only because of this e-mail from Bob in New Hampshire: “On Tuesday Packers began offering stock to the public. Stock shares are available for purchase on the Packers web page. The ‘stock’ certificates are assigned to owners by name. Shares cannot appreciate and they pay no dividend. Shares can’t be transferred. There is no exchange or marketplace, and you can only will them to family members. Basically, for $250 you get a piece of paper saying you own part of the team. Shareholders have no ability to buy tickets, no seat licenses, no special benefits, just the certificate that announces you were gullible enough to send the team money for nothing. You do get invited to an annual shareholder meeting, but the shareholders have no decision making ability regarding the future of the team or stadium. It’s kind of like a big Facebook account, except Facebook is free. Now get ready for this — they sold $400,000 worth of ‘stock’ certificates in the first 11 minutes that they were available! I’m not sure if I’m more surprised by that fact, or just that the Green Bay Packers figured out this revenue stream before the Red Sox did. At least when you send $250 to the Red Sox they send you a brick.”

SEAHAWKS (-4.5) over Rams
Seattle’s last four games: St. Louis, at Chicago, San Francisco (who may have the no. 2 seed clinched by then), at Arizona.

(Translation: If we’re headed for a five-way, 9-7 log jam for those two NFC wild cards four weeks from now, Tarvaris Jackson might be involved. Start stockpiling canned goods and saving bottled water now to be safe.)

Day 1: The Road to Groundhog Day (and more dumb contracts than ever)
Day 2: The Donut Dilemma (the bubble in the center market)
Day 3: Is Arron Afflalo really worth $50 million?
Day 4: Where the hell is Chris Paul going?
Day 5: Inside Grantland Featuring Blake Griffin, Part II
Day 6: The Day the NBA Lost Its Way