The Silver Lining of a First-Round NBA Playoffs Exit 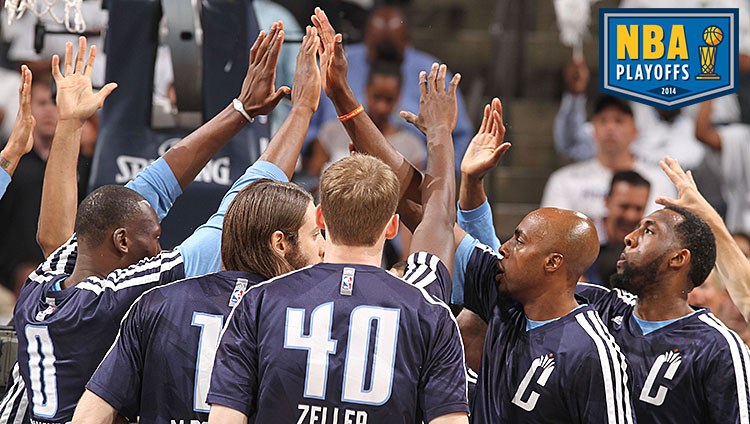 In the modern NBA, it seems like the only thing worse than missing the playoffs is getting eliminated in the first round. Making the postseason means missing out on the draft lottery (barring stockpiled picks from trades), and the tangible benefits of an additional four to seven games of basketball are not always clear for a franchise, nor — and maybe especially — to its fans.

But, hard as a first-round exit may be to accept, it’s also part of the process. It’s rare for a team to travel from the draft lottery to the conference or NBA Finals without a frustrating first-round exit along the way. Any team’s chances of success, as defined by winning a championship, are small. The playoffs are basically a meat grinder. Occasionally, good team-building creates good results. More often than not, though, success comes over multiple seasons.

In 1984, the NBA adopted its current 16-team format for the playoffs, turning the first round from a best-of-three into a best-of-five format, more or less creating the playoffs as we now know them. Between then and last season, 102 teams have gotten into the playoffs a season after missing the postseason entirely. Sixty-eight of those teams were bounced in the first round — exactly two-thirds.

Those last two teams are notable because of the dramatic turnarounds they pulled off. The Celtics went from a 24-58 team in 2007 to a 66-16 team in 2008. And it wasn’t just because the team took an evolutionary step. In 2007, Rajon Rondo was a rookie, Al Jefferson was a sophomore, and they had Michael Olowokandi on the roster. But they moved their no. 5 pick, along with Wally Szczerbiak and Delonte West, for Ray Allen. Then Boston traded Jefferson and a mess of other bodies for Kevin Garnett. Bam: biggest ever single-season turnaround in terms of record, then ubuntu, then championship.

The Nets likewise went through a major overhaul before the 2002 season, moving their first-round pick (Eddie Griffin) for Richard Jefferson (most significantly), plus other pieces, and trading Stephon Marbury for Jason Kidd. It was, in many ways, a similar cultural makeover for the Nets, turning them from a youth movement led by Marbury into a steady but thrilling fast-break machine led by Kidd. That is, at least until they ran into the buzz saw that was Kobe and Shaq in the Finals. This was right in the middle of that five-year stretch where whoever came out of the Western Conference just pantsed the Eastern champ.

In those cases, we’re not talking about the kind of incremental building most teams have to work through; these were wholesale and very flashy rebuilds, the kind undertaken last season by the Lakers and this season again by the Nets. The 2012-13 Lakers were bounced in the first round, and the 2013-14 Nets eventually rallied to secure the fifth seed in the East, but it wasn’t exactly pretty.

You could look at all this, throw your hands up in the air, and ask, “What’s the point?” (Some franchises have seemed to do just that, content to lie in the weeds until making major moves for free agents, although even the Houston Rockets broke their three-year absence from the postseason with a first-round exit last year.) But think of it like this: Success means different things for different franchises at different times. Cast your memory back and you can probably recall the palpable disappointment of Lakers fans whenever they didn’t win the Larry O’Brien Trophy. But for many teams, the conference finals (or in some cases, semifinals) are a good marker of success for a franchise, especially when the team has been out of the playoffs for some amount of time.

The first round of the playoffs this year is offering upset and/or advancement hope to teams suffering multiyear playoff droughts. (The eighth-seed Mavericks, who are tied, 2-2, with the top-seeded Spurs, have been out of the playoffs only for a single season after being bounced by the Thunder in 2012.)

The Wizards — shut out of the playoffs for five straight years — are up 3-1 on the Chicago Bulls. If they go on to win the series, that would set up a second-round series against an unsettled Pacers team or the Hawks. The Eastern Conference finals are a real possibility for Washington, even without an abrupt and transformational offseason.

After a relentless comeback that led to overtime and victory on Sunday, the Blazers are up 3-1 on the Rockets. Like Washington’s, Portland’s road back to the playoffs has been paved with the steady growth of Damian Lillard and Nicolas Batum, not upheaval.

The Raptors, like the Wizards, have been out of the playoffs for five years, but are the rare team to return from the playoff desert and earn a top-four seed. Their series with the Nets is knotted at 2-2, and their makeover was more addition by subtraction, moving Rudy Gay early in the season and freeing up minutes for the blossoming of DeMar DeRozan and Terrence Ross.

That leaves the Bobcats, who have been out of the postseason for three years but whose playoff story has already ended with a sweep at the hands of the Miami Heat. But just making the playoffs — largely on the back of stellar play from Al Jefferson — felt like a quality send-off, as the franchise changes into the Charlotte Hornets next season. The Bobcats didn’t play badly in the series, but they’re not the Miami Heat. Jefferson’s toughness in playing through his ruptured plantar fascia, Kemba Walker’s unwillingness to let the Bobcats go quietly, the chance for an oft-neglected franchise to get some of the national spotlight — it all made for a first-round exit that was more than merely a Pyrrhic victory.

It’s at least possible some of these teams returning to the playoffs this postseason will face lower-seeded opponents should they make it to the second round, which in turn opens up a better chance at making the conference finals. With Charlotte done, it will be the ones who didn’t make dramatic moves who may advance deep into the playoffs.

Whether they advance or not, judging teams by their ability to make it out of the first round is too Manichean, too black-and-white. Upsets in the first round — or any round, for that matter — are predicated more on how two specific teams match up than on anything else. Teams that went from missing the playoffs to advancing deep into the postseason are the exception, not the rule, and many of the dominant teams right now began their runs with single-round forays into the playoffs. So clear your mind and take a deep breath: The journey of a thousand miles begins with a first-round exit.