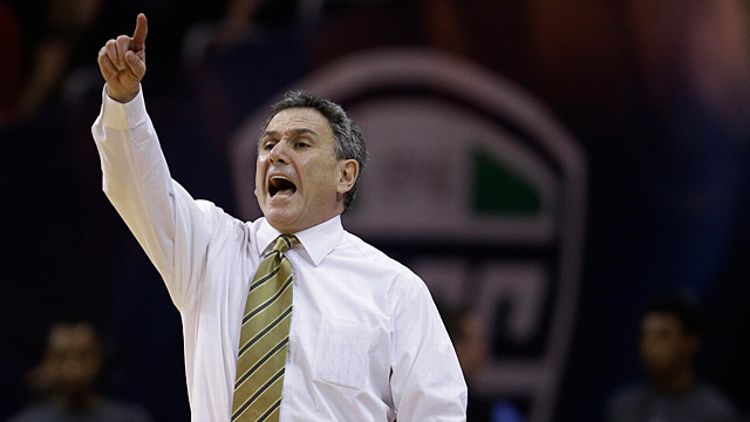 The first time I spoke to the current head coach of the Akron Zips, he told me, “I’m never coaching Division I basketball again.” This was in 2000, and Keith Dambrot was coaching a local high school team after years of not being able to find a basketball job at all; he spent his weekdays working at securities firm in downtown Akron and his Sundays coaching a youth basketball clinic at the Jewish Community Center.

On Thursday night in Auburn Hills, Michigan, Dambrot’s 12th-seeded Akron Zips will play fifth-seeded Virginia Commonwealth in the NCAA tournament. It may not be the most compelling first-round matchup on paper, but it features the most intriguing tandem of coaches of any game in the entire tournament.

Dambrot was a head coach in Division II by age 26. At 33, he was coaching in the Mid-American Conference, at Central Michigan, and then, in the midst of a postgame speech, he made a baffling decision. He’d heard the way his players talked, and he asked their permission to talk at their level for a moment, and then he used the most fraught racial slur in the English language to attempt to make the point that his team wasn’t playing hard enough. He’s admitted, time and again, that he should have known better; it was particularly strange coming from Dambrot, whose mother was a well-respected psychologist and was instrumental in forming the women’s studies program at Akron. The whole thing felt as it had been pulled from a novel Philip Roth’s The Human Stain. “I wasn’t very smart,” he told me in 2000. “I was just naïve. I had no hateful meaning whatsoever.”

Word of the speech leaked, and fliers were circulated among the minority students on campus. Dambrot was initially suspended for four days; his players came to his defense, but the political pressure mounted, and a week after he was suspended, Dambrot was fired.

He came back home to Akron and applied for coaching jobs at public high schools. He was rejected. For five years, he was out of coaching, and then finally, in 1998, he landed a job at a local Catholic high school, St. Vincent-St. Mary. And out of those Sunday JCC clinics emerged the best youth basketball player Dambrot (or anyone else, for that matter) had ever seen. Maybe it was the luck of discovering LeBron James that helped provide Dambrot with a second chance to coach college basketball. When Hipsher was fired at Akron, Dambrot took over the job, and now the program is as successful as it’s ever been; Dambrot seems to have no intention of leaving anytime soon.

Of course, Dambrot will never completely escape his mistake. Even now, when you Google his name, the first autofill that comes up is “Keith Dambrot racist.”

“People tried to use (the incident) against us in recruiting when I was at Akron,” said Smart, who coached under Dambrot at Akron from 2004–06, in an interview with Fox Sports Ohio’s Zac Jackson. “I don’t know if they still do, but a decade after the incident I know it was being brought up in recruiting circles. He was put in a very negative light … Keith is one of [the] most open-minded people I know.”

After his point guard, Alex Abreu, was suspended just before the conference tournament on marijuana trafficking charges, Dambrot told the Plain Dealer’s Terry Pluto: “We all make bad decisions. I have made some. I have become a more forgiving and compassionate person in my heart over the years … ”

So you should watch VCU-Akron, if only because Smart is the most interesting young coach in the country. But you should also watch the man on the opposing bench, because I can’t imagine there is a basketball coach with a more novelistic American story than Keith Dambrot.

Ed Reed, Brian Urlacher, and the Curse of the Hometown Premium