Ed Reed, Brian Urlacher, and the Curse of the Hometown Premium 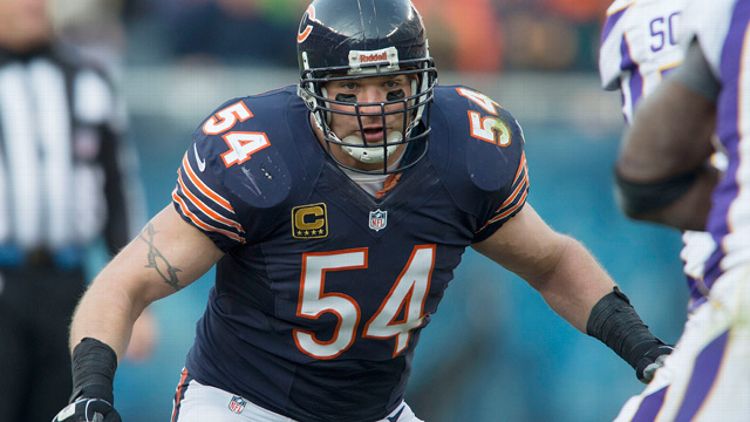 You’re probably familiar with the “hometown discount,” the millions of dollars that a player entering free agency is supposed to leave on the table so he can exhibit loyalty to the piece of laundry that acquired his rights (often with little or no input from the player in question). You might not be quite as familiar, though, with the “hometown premium.” In one sense, the hometown premium could be the extra money a team that’s subpar or in an undesirable location has to pay to retain a star player or prevent him from hitting free agency, like the Panthers did with Charles Johnson before the 2011 season. I’m thinking of a different hometown premium. It’s the premium that the Ravens and Bears weren’t willing to pay to retain Ed Reed and Brian Urlacher, respectively. The one that led to Reed reportedly signing with the Texans on Wednesday, only hours after the Bears announced that Urlacher wouldn’t be returning to the only professional team he’s ever known. It’s a hometown premium that involves money, but it’s truly built around respect and desire.

This isn’t true in the case of every longtime veteran who has spent the bulk or entirety of his career with one team, but it certainly appears to be true with the cases of Reed and Urlacher: Their teams had to give them more money and show them more appreciation than the free-agent market was likely to offer. All money isn’t equal. A two-year, $8 million offer from the Ravens didn’t mean the same to Reed as an identical offer from the Texans, because of the context surrounding each opportunity. If the Ravens ever even made Reed that offer, it would have been as part of a noticeable pay cut from his previous salary. It would have been a slap in the face to a player who has given so much to his organization during the past 11 years. That exact same deal from the Texans — the only team that appeared to be looking at Reed in free agency — would have been seen as a token of investment (both financially and emotionally) from the only team smart enough to make a bid for him. You can imagine similar feelings of distrust and then vindication coming from Anquan Boldin’s camp, as he produced one of the best postseasons in league history and promptly found his front office threatening to release him if he didn’t take a pay cut. Who would you think valued you more — the Ravens or the 49ers?

Will Reed be a hit in Houston? I’m not sure. It’s telling that the Ravens didn’t hand him a big check on a one- or two-year deal after losing several other notable veterans at the beginning of free agency, both because they likely could have matched Reed’s demands and Reed would have been a PR boost for a team that was getting lambasted by their fans (rightly or wrongly) for letting many of their core defensive talents leave with such little fight. Nobody doubts Reed’s toughness after playing through a torn labrum for most of the 2012 season, but he wasn’t the same player he had been in the past. He missed too many tackles. His vaunted speed didn’t allow to him to catch up to receivers left open by a freelance mistake.

And that’s the most interesting term of all: freelance. Reed has been wildly successful as an all-around safety during his time with the Ravens, but plenty of that time came in a defense that was built around his instincts and meticulous film study in a role where Reed was allowed to freelance if he thought there was an opportunity available on the other side. Will the Texans use Reed, replacing the departed Glover Quin in the starting lineup, in the same role he played during his time with Baltimore? Will he be available to freelance and try to make plays, or will defensive coordinator Wade Phillips use him as a more conventional safety in the box? And will the Texans have time to practice all the elaborate, lateral-laden returns that Reed loves?

The Bears have already run into the schematic issues of an aging player with Urlacher during the past few years, and they had actually already started to move to another defensive philosophy to try to accommodate their former Pro Bowl linebacker. The famed Tampa 2 that Lovie Smith brought to the Bears and ran with Urlacher at the helm has disappeared during the past two seasons, and it’s not a coincidence. The Bears went from a Tampa 2 as their base defense to a Cover 1 Robber approach, and the biggest difference in physical responsibilities between the two schemes belongs to the middle linebacker in the 4-3, which is where Urlacher suits up. In the Tampa 2, Urlacher was expected to drop back and run stride for stride with some of the league’s most athletic tight ends coming up the seam right at him. In the Cover 1 Robber, though, Urlacher is no longer expected to sprint for 20 or 30 yards at a time. Instead, he gets to sit in a zone in the middle of the field and try to discourage throws on crossing patterns or routes where a receiver goes over the shallow middle, with a single-high safety playing behind the middle linebacker in the center of the field. That preserves a fair amount of whatever gas is left in Urlacher’s tank.

Chicago reportedly broke off negotiations with Urlacher after he failed to agree to terms on a one-year, $2 million contract. Urlacher was instead looking for $3 million or even $4 million. In this case, it’s not about the extra $1 million or $2 million — it’s more about whether the team that, after years of enjoying your blood, sweat, and tears in its uniform, is negotiating in good faith.

I don’t know that the Bears will really miss him. Urlacher is a very limited defender at this point, although he profiles as a two-down run linebacker who would come out in Nickel sets. One place mentioned earlier that seems to track well in terms of need would be the Ravens, who lost starting inside linebackers Ray Lewis and Dannell Ellerbe this offseason (to retirement and Jeff Ireland’s money pit, respectively). Urlacher would fit as a veteran who can learn a playbook quickly and make the reliable play, even if he’s physically limited and a shell of his former self. If Urlacher prefers to stay in the 4-3, the Giants are in perpetual need of a post–Antonio Pierce middle linebacker and could use somebody to chip in behind their superb defensive line.

The most obvious landing spot for Urlacher, though, is Minnesota. The Vikings desperately need a middle linebacker after Jasper Brinkley left for Arizona, and they would undoubtedly love to acquire a player from their divisional rivals who knows their schemes inside and out. Urlacher would again play behind an excellent defensive line and have the benefit of spending the final few years of his career with one of the best medical staffs in football, the same Vikings group that assisted in nursing Adrian Peterson’s return to health this past season. Of course, that gets away from “hometown premium” and takes things to another level: “hometown revenge.”