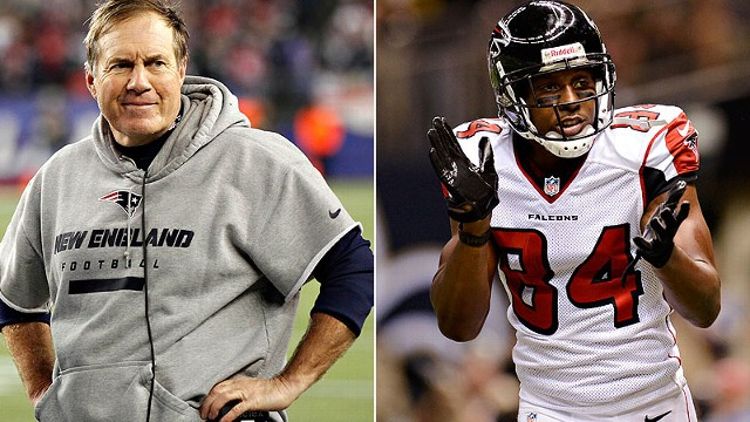 When the original Doc Rivers–to–Los Angeles rumors began, the feeling of inevitability surrounding them was based mostly on the idea that Doc heading to the Clippers was beneficial for both sides. If the Celtics could get DeAndre Jordan and a pick out of the deal, all while not having to pay a coach $7 million a year, and the Clippers could add both Kevin Garnett and one of the league’s best coaches to a contending roster, then everybody wins. Now, this obviously isn’t how things worked out. The league stepped in, and all we got was the way less fun outcome of Doc to L.A. for a draft pick, but that doesn’t mean the original idea, of mutually beneficial player-for-coach trades, is any less intriguing.

One of my first thoughts after the Doc rumors began was what similar deals might make sense in the NFL. Obviously, there have been trades involving coaches before (Jon Gruden and Bill Belichick, to name two), but these deals have consisted solely of draft picks and financial compensation. The more fun way to do this, and the way that would piss off more fan bases simultaneously, would be to include players as well. Now, before we get into this, a few notes:

• NFL coaches are clearly more valuable than a single draft pick or a single player, based on the numbers alone; an NFL team consists of 22 starters, whereas a basketball team has five. With this in mind, the compensation for an NFL coach — especially a high-tier one — is going to be far more than what an NBA team would have to give up.

• For our purposes, these moments are independent of a team’s current financial state. The coach’s salary or how a player fits under the cap or whether a team can fit two extra first-round picks into its budget don’t matter as much as how the player/picks and coach fit into their new situations.

• Again, we’re doing this mostly to anger the fans of the teams involved, so enjoy.

Did I mention these were designed to make people throw things?

The thought that New England would trade arguably one of the five best coaches of all time sounds, admittedly, insane. But hear me out. Belichick is 61 years old, and Tom Brady will be 36 before this season begins. The window for the Patriots is closing, and for this season, it might already be shut. Rob Gronkowski’s injury issues continue to be a concern, Aaron Hernandez is likely to get suspended no matter how his current legal situation ends, and aside from the injury-prone Danny Amendola, the Patriots are without a single reliable receiver. No, really, these are the remaining WRs on the Pats roster: Kenbrell Thompkins, Josh Boyce, Mark Harrison, Lavelle Hawkins, Michael Jenkins, Aaron Dobson, Donald Jones, Matthew Slater, Julian Edelman, and Kamar Aiken.

Roddy White would instantly become the best outside receiving threat Brady has had since Randy Moss, and the combination of White, Amendola, and whatever games Gronkowski does manage to play might be enough to make this Pats offense as good as the one New England put together last year. The logical replacement for Belichick, at least short term, would be Josh McDaniels, whose stumble in his first head-coaching stop before breaking through in his second could mirror his mentor’s. McDaniels knows the offense, knows Brady, and could ease any transition. For those concerned about losing Belichick the talent evaluator, it might be time to realize that the cold-blooded Patriots machine of the early 2000s is no more. There have been just as many misses (maybe more) as hits in that department for New England in recent years, and along with White, there would be a handful of draft picks with which to work in the next couple drafts.

The appeal for Atlanta is clear. The Falcons have been close for years but still haven’t managed to break through. Bringing in one of the league’s best coaches and coupling him with one of the league’s most talented rosters would go a long way toward making that happen. White is a huge part of what Atlanta does, but he’s 31, and the Falcons gave up what they did for Julio Jones so he could be the primary receiving option in a very good offense. There’s also the issue of familiarity. Falcons general manager Thomas Dimitroff is a longtime Belichick disciple who spent six years in the Patriots’ personnel department before being hired by Atlanta.

Gary Kubiak was a savior the first time he led the Texans to an 8-8 finish, but Houston seems to have hit a wall at this point with him in charge. The Texans’ defense has improved immensely since Wade Phillips’s arrival and the emergence of players like J.J. Watt, but its offense has stagnated. Kubiak’s zone-heavy, play-action-filled scheme is a bit old-fashioned compared to what many NFL teams are doing offensively, and Houston’s inability to bend its game plan for a given opponent or situation is part of what’s held it back in the past two postseasons.

McCarthy would be a fresh voice and, more importantly, a fresh mind in the Texans’ locker room. There’s a good chance that Matt Schaub would be able to execute only a percentage of the plays McCarthy has available with Aaron Rodgers in Green Bay, but there’s also a chance that a change in scheme could give Schaub’s career the jolt it desperately needs. Houston isn’t devoid of weapons. With Andre Johnson, Owen Daniels, and first-round pick DeAndre Hopkins, there should be enough talent there for the Texans to develop into a top-tier offense. It’s just a matter of utilizing that talent in the best way possible, and right now, that doesn’t seem like something Kubiak’s offense has been able to do.

Considering Rodgers is just 29 and much of the Packers’ core is also on the younger side, the motivation to give up McCarthy wouldn’t be very strong, but Cushing would be a massive upgrade at a position where Green Bay could use it. Imagine Cushing, one of the league’s best 3-4 inside linebackers, on a defense with Clay Matthews, B.J. Raji, Casey Hayward, Tramon Williams, and young guys like Nick Perry and Datone Jones. I have to believe that Green Bay’s decision to release linebacker Desmond Bishop is mostly about the team’s concern with his health, because the starters left at the position — Brad Jones and A.J. Hawk — are firmly entrenched in “just another guy” territory. Cushing would provide an elite talent, and the additional draft picks could help Green Bay fill the few remaining holes it might have on its roster for the next couple years.

For those of you who don’t remember, the idea of Sean Payton coming to the Cowboys was enough to send the Dallas media into a frenzy last year, and it’s easy to understand why. Payton is familiar with the organization, and what he’s done in New Orleans is impossible to ignore. There’s also the general discontent with the job Jason Garrett has done in Dallas, and the idea of replacing Garrett with someone like Payton is more than the Cowboys could hope for.

Dallas’s interest (and Jerry Jones) is what would make the hypothetical price tag for Payton higher than it was for the coaches in the proposed deals above. For Dallas, it seems well worth paying. The contract just shelled out to Tony Romo this offseason means that the immediate future of the Cowboys will likely be tied to their quarterback, and if there’s an NFL coach to maximize whatever potential Romo has yet to realize, it’s Payton. Dez Bryant would be the most talented skill-position player Payton’s had in his time as a head coach, and along with Jason Witten, there’s a good chance that Payton could turn the Cowboys into an elite offense.

Considering the Saints just signed Payton to a massive contract extension, it’s not likely they’d have any interest in getting rid of him, but if the folks in charge of the Saints are being honest about where their team sits in the NFC hierarchy, they’d have to at least think about it. Brees is 34, and if anything, the Saints are moving further away from the title contender they’ve been in previous years. New Orleans’s defense has been completely retooled, and it’s likely to take some time before the talent across its roster compares to teams like Seattle or San Francisco. Payton is undoubtedly one of the league’s best coaches, but the opportunity to jump-start the roster with that many draft picks is an option New Orleans would at least have to consider.

Ware would fit right into Rob Ryan’s defensive system and is still one of the best defensive players in the league. He adds a superstar at a position where the Saints are severely lacking after an ACL injury to Victor Butler, and at only 30, he’s likely to be an impact player for at least the next few seasons.