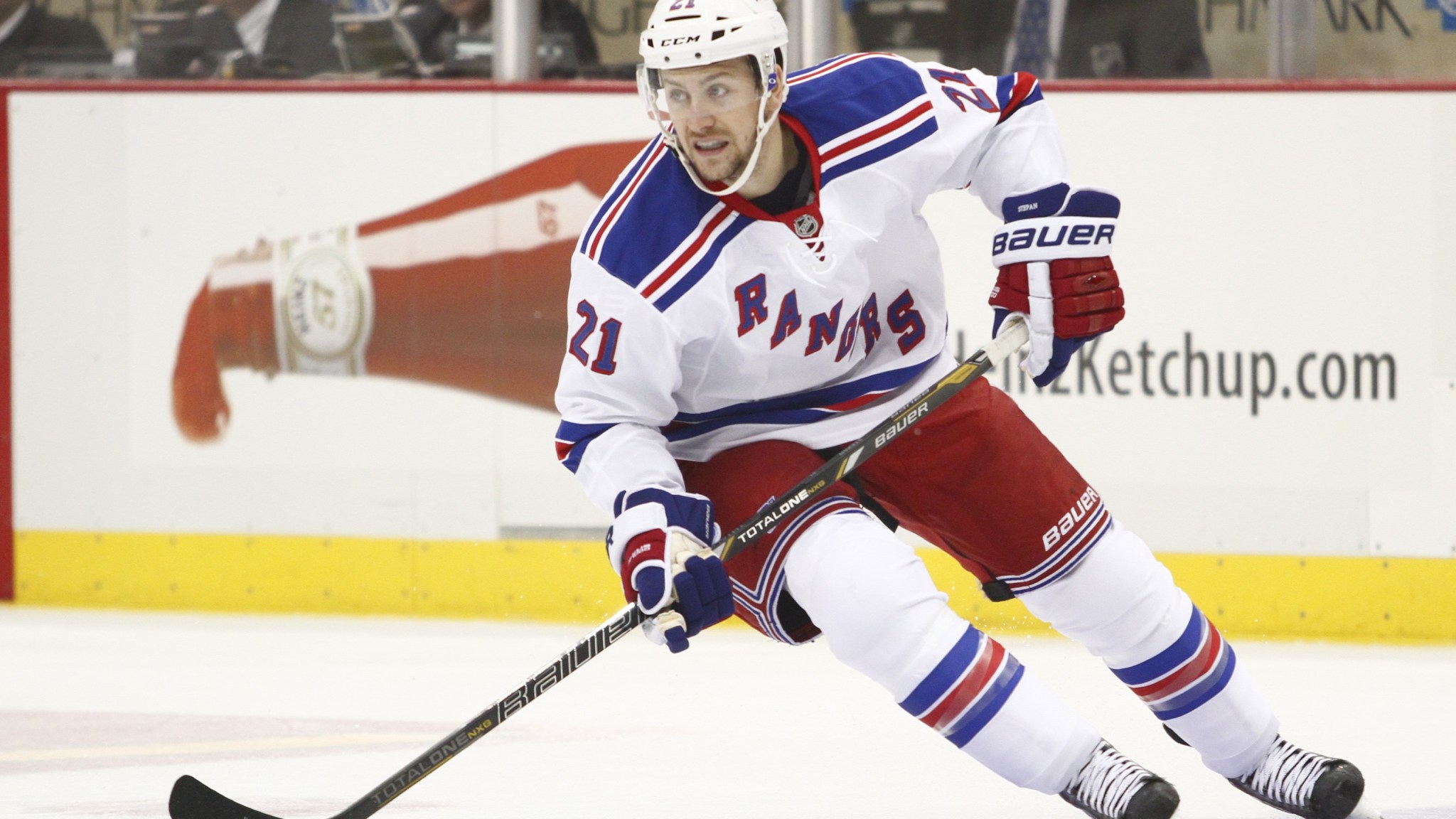 That’s how long it took yesterday, from the Rangers officially announcing the star center’s new contract while pointedly declining to include the actual terms, to the moment we knew the exact dollar value involved. That just barely beats Michael Del Zotto and Alexander Semin (both of whom clocked in at an even 10), but falls well short of Brandon Saad (four) and Gustav Nyquist (the unofficial record holder, at two).

It’s become an offseason hobby for NHL fans on Twitter, one popularized by TSN analytics columnist Scott Cullen: Wait for a team to publicly announce a signing, note its refusal to actually mention the dollar value of the deal, and then see how many minutes it takes for a media insider to get the goods. So far, nobody has made it past 10.

All of which raises an obvious question: Why are NHL teams doing this? Why bother taking the time to announce news without bothering to include, you know, the actual news?

If there’s a good reason for the practice, it’s a well-kept secret. I recently asked one PR rep from an NHL team that doesn’t disclose terms about the logic behind the practice, and he admitted he wasn’t aware of any particularly good reason for the policy. A player agent offered up the theory that some teams may exclude salary info “based on a philosophical belief the information is confidential,” but quickly added that “there is no legal basis for this assumption and contract terms are readily available on the NHLPA’s public website.” As for what other benefit the teams could be hoping to achieve by leaving details out, he was also stumped.1

The NHL has had a tricky history with player salaries. For years they were tightly kept secrets, as owners reasoned (correctly) that having the information made public would just drive up prices around the league. Through the ’80s and early ’90s, it was rare to hear specifics about a player’s contract.2 But by the late ’90s, salaries for star players were well-publicized, and fans became used to knowing exactly how much top players were signing for. That was all well and good, and it gave the fans a sense of empowerment — after all, if you’re going to scream “we pay your salary” at some underachieving third-liner, it’s nice to know what that salary is.

But the 2005 lockout changed everything. That’s when the league introduced a hard salary cap, and information about how much each player makes went from nice-to-know to downright crucial.3 In a pre-cap world, a bad contract could strain a team’s budget and affect how it built the rest of the roster, but it could usually be dealt with. And “bad contract” was strictly a relative term — Bobby Holik was never worth $9 million a year, but if that money was coming from the Rangers’ bottomless pit, who really cared? Once the cap was in place, every contract mattered, with small mistakes adding up into big problems and some players even ending up representing negative value.

Hockey fans understand this. The league and its teams apparently don’t, or at least wants to act that way. After becoming the only pro sports league to lose an entire season to a work stoppage, all in the name of establishing a hard cap, the NHL now wants to selectively act like that cap doesn’t exist.

It’s madness. And it’s pointless, because again, the information all comes out within minutes. Gary Bettman took plenty of well-deserved heat this year for saying the league wouldn’t launch its own CapGeek-style salary website because fans didn’t want one. That was silly — CapGeek was enormously popular, and remains so to this day — but at least you could defend the league’s basic stance. Building and maintaining a website takes time and resources, and it made a certain kind of sense for the league to simply step aside and let the enthusiasts do the hard work.

But not bothering to put one line of information in a press release? It comes across as teams passive-aggressively thumbing their noses at their own fan bases. “We know you need this information,” the league seems to be saying, “and we know you’re going to get it. But first, we’re going to annoy you for 10 minutes.”

Many teams don’t mention the key terms at all — they act like they just forgot. Others have taken to justifying the omission by including some variation of “Per team policy, terms were not disclosed,” a completely meaningless word-mash that essentially means “We’re not telling you because we’re not telling you.” That latter phrasing might actually be preferable. It would communicate the same level of contempt, but at least it would come without the side order of mindless corporate PR-speak.

It’s worth mentioning that not all teams have jumped on this ridiculous bandwagon. The Bruins release the full terms of every deal they sign. So do the Senators and Predators, among a handful of others, and the Capitals even splashed the details of Braden Holtby’s new $30.5 million deal on their homepage. Those teams deserve some credit; they don’t seem to hate their own fans. Or, at the very least, they’re polite enough not to show it.4

But if anything, the situation may be getting worse. This summer, some teams are omitting not just the dollar totals, but even the actual length of the contract. Some just make vague references to “multiyear” deals. The Rangers couldn’t even be bothered to go that far with yesterday’s Stepan announcement — they’d just “agreed to terms.” That’s it. Nothing else to see here. It’s only the third-biggest contract on a cap-strapped Cup contender. Please move along, and don’t forget to buy a T-shirt on your way out the door.

Admittedly, in the grand scheme of things, “terms were not disclosed” isn’t a critical issue. The information all comes out quickly enough, after all, and by the end of the day everyone knows what they need to know. But it all comes across like a symbolic snub, as yet another symptom of a league that can’t seem to stop sneering at its own paying customers.

And it makes you wonder what else teams might decide to stop telling us, all in the name of … well, who knows what. If you’re not going to give your fans one piece of crucial information, why not expand that policy? One can only imagine what sort of useless gibberish we might find in NHL press releases someday …

“The New York Islanders made a trade today. Per club policy, details were not disclosed.”

“The Montreal Canadiens signed a player today. Per club policy, his identity was not disclosed.”

“The Minnesota Wild played a game tonight. Per club policy, the score was not disclosed.”

There may be hope. That PR rep whose team doesn’t release terms told me the club is having discussions about ditching the policy in the near future. Let’s hope the same conversation is happening in front offices throughout the league. If you want fans to care about your product, you need to give them the basic information they want. And once you put a hard cap in place, salaries absolutely fall into the category of basic information.

Smarten up, NHL, and stop wasting everyone’s time. Even if it’s only nine minutes.