The Next Danny Green: Identifying the 2013 NBA Draft’s 3-and-D Prospects 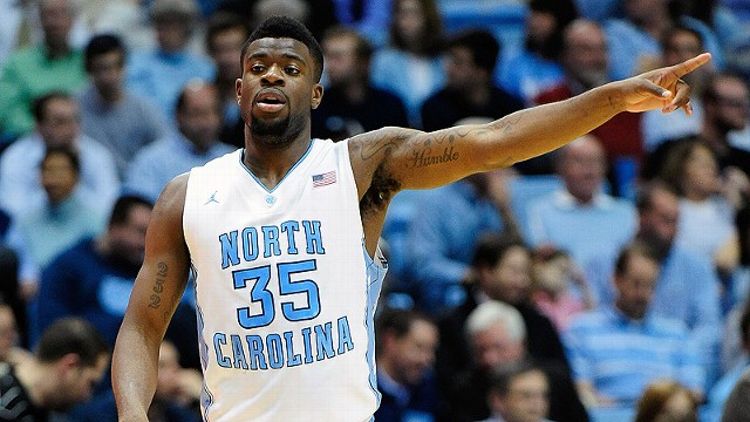 The era of the 3-and-D wing has officially started. Zach Lowe tackled the importance of such players earlier this season, mentioning NBA Finals darling (or goat, if you judge him by Game 7) Danny Green and other current NBA players capable of fitting this valuable role. With more and more teams recognizing the value of players who rely on shooting and defense and correspondingly increasing their efforts to keep those players in-house, the draft will quickly become the best way to acquire these essential role players on the cheap.

Here are five players in the 2013 draft class who have the potential to be effective 3-and-D players at the NBA level.

You can search mock drafts all over the web, but you’d be hard-pressed to find one that includes the former Sun Devil’s name. In his first two seasons at ASU, Felix was never more than an inconsistent role player for a middling Pac-12 program. But a solid senior season — highlighted by improved outside shooting — has pushed him firmly onto NBA radars. Like Memphis’s Pondexter, Felix is a good athlete who works hard both on and off the court and possesses the length (6-foot-9 wingspan) to play both positions on the wing. And instead of relying on picturesque mechanics, the two players have both forged funky but effective jump shots through painstaking labor of constant repetition. If Felix can get into the right organization (whether via the draft or a strong summer league showing) and continue to improve his shooting, there’s a good chance his name will be far more recognizable in the not-so-distant future.

NBA teams looking for the next Green don’t have to look any further than his alma mater. Bullock was one of the best shooters in college basketball last season and was downright deadly converting jump shots off the catch. But as with Green, Bullock isn’t a great finisher around the rim and will need to put in work on his mid-to-short-range counters (like a floater or pull-up jumper) to successfully combat NBA teams that will be sure to chase him off the 3-point line. On defense, Bullock has good size but lacks the length and elite athleticism necessary to be a true defensive force in the NBA. That said, Bullock was still UNC’s primary wing stopper this past season, an experience that will allow the young forward to easily embrace a similar, blue-collar role at the next level.

On a Syracuse team with two ball-dominant guards (Brandon Triche and Michael Carter-Williams), Southerland played the role of long-range bomber to perfection. Averaging more than six attempts per game, the long, athletic forward provided valuable floor spacing for a team bereft of shooters. Southerland possesses solid athleticism with good size and tremendous length (7-foot-1 wingspan), and will likely spend his time spreading the floor from both forward positions, like Wright has during the latter part of his NBA career. Middling rebounding numbers, however, suggest that Southerland will have to make his mark at the small forward position if he ever wants to be a full-time starter. Defensively, Syracuse’s zone defense makes it hard to really grasp what Southerland can do in a man-to-man setting, but the young forward’s activity and awareness on that end of the floor bode well as he prepares to become a perimeter defender in the NBA.

Snell is somewhat of an enigma when it comes to his potential as a 3-and-D player in the NBA. On one hand, he possesses the shooting, length, and athleticism to be a very effective two-way player on the right team. Yet like his doppelgänger, Budinger, Snell seems to lack the disposition and aggressiveness to excel both on defense and on the glass. If a solid environment and a higher level of competition bring out a more assertive player, Snell could very easily be the best of this group. But if the young wing continues to float through stretches, he may not be long for the NBA.

Unlike the other players on this list, who served in more of a complementary role, Hill was something of a go-to guy at times for the Wildcats this past season. Normally such responsibility would be a good thing, but at times it can be hard for players used in a bigger role in college to take a step back in the NBA and embrace the life of a specialist. However, Hill seems to recognize what type of player he will be at the next level and seems ready to take on more of a blue-collar role in the NBA. Like Dudley, Hill enters the league as a player whose body type and athleticism make him a better fit for tracking down opposing 4s, while his size and length suggest he’s better off guarding small forwards. Dudley managed to shake this perception with diligent work habits and turned himself into a knockdown shooter capable of respectably guarding both backcourt positions. If Hill can do the same, a long and relatively lucrative future awaits.

A Prospect’s a Prospect, No Matter How Small: Vanderbilt's Baby Recruiting