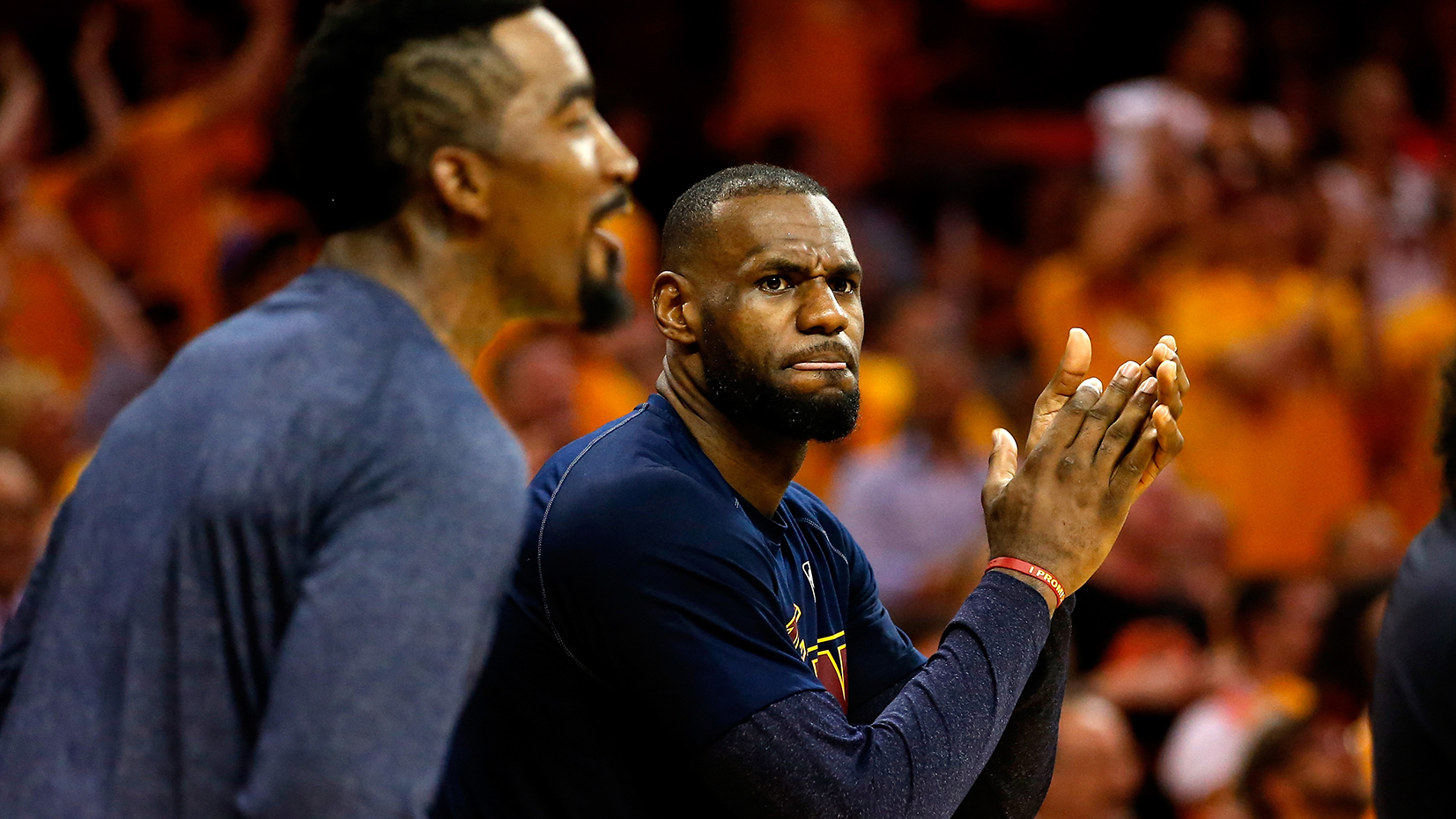 The NBA After Dark team is taking the week off the podcast, but we couldn’t let the Finals start without blessing you with an arbitrary ranking of personalities. Here are the NBA Finals Likability Power Rankings. Andrew Sharp handled 1–12, Chris Ryan took 13–24, and Juliet Litman grabbed the rest.

J.R. Smith is in the NBA Finals. 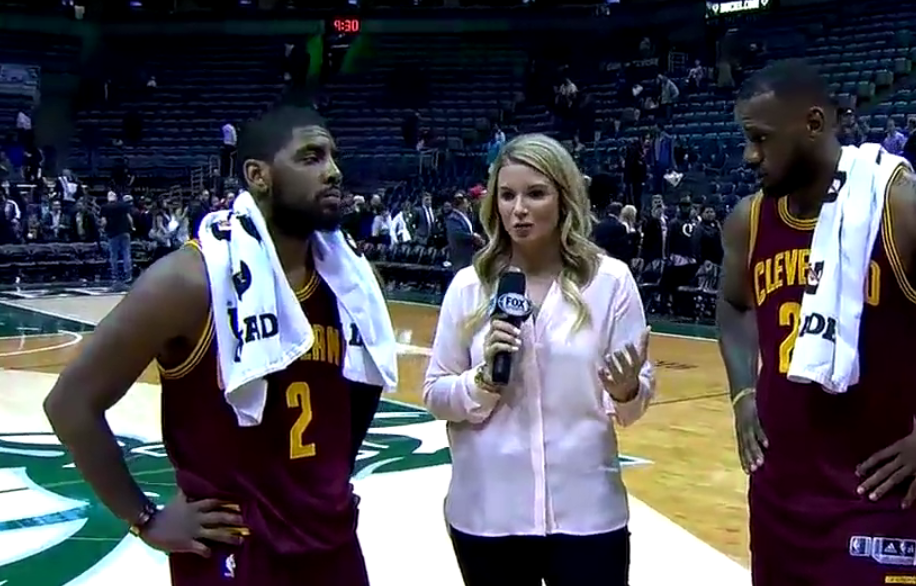 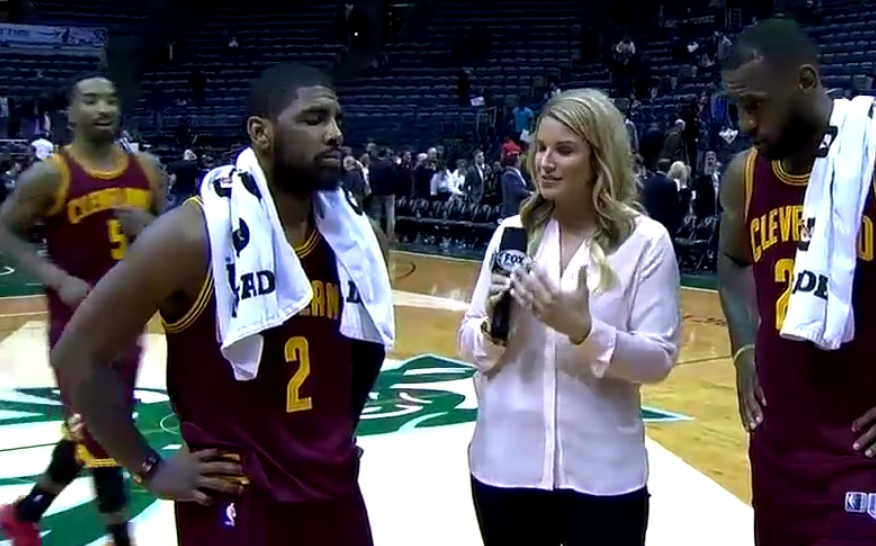 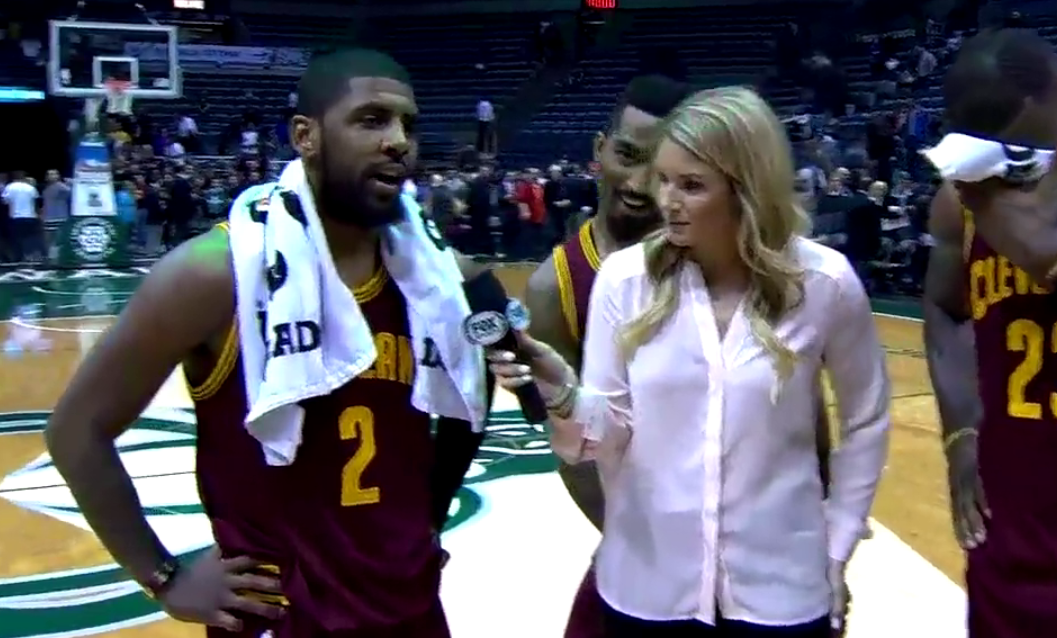 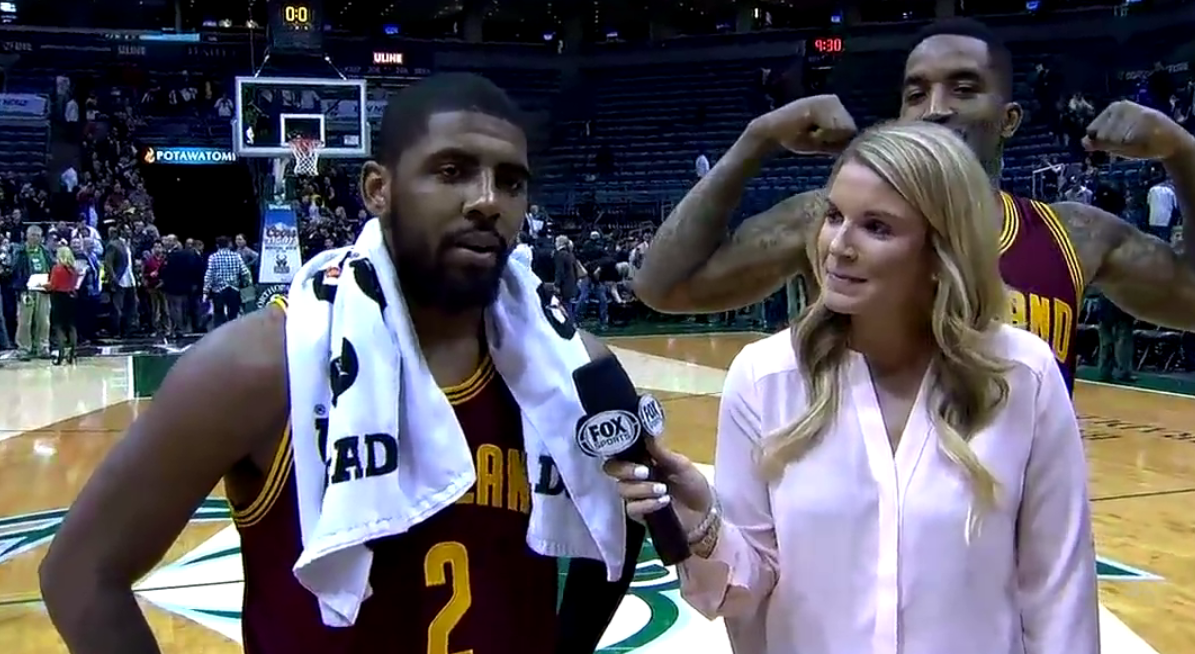 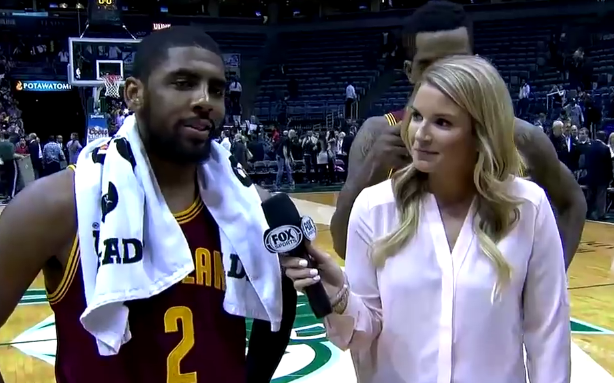 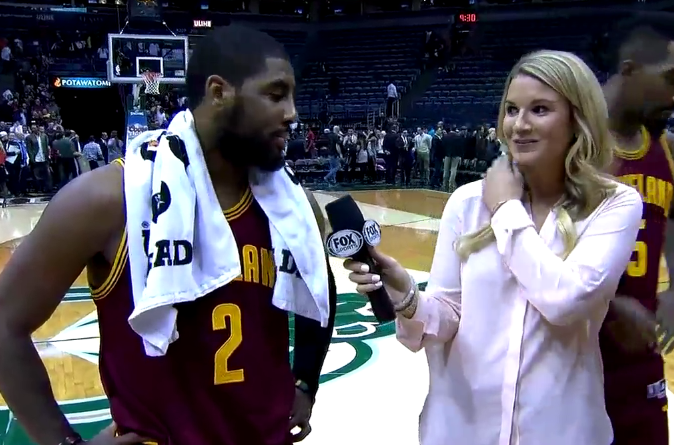 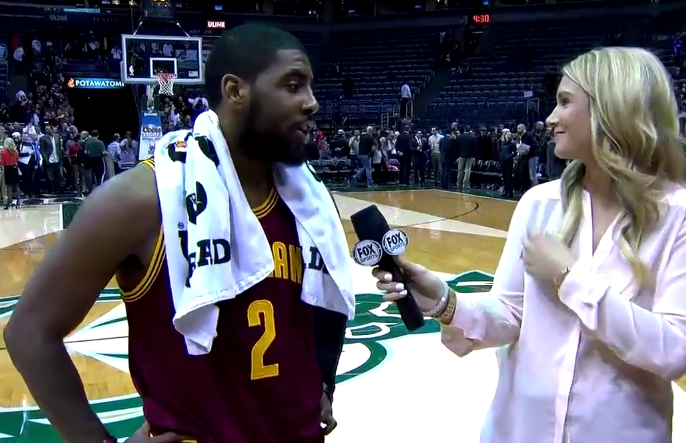 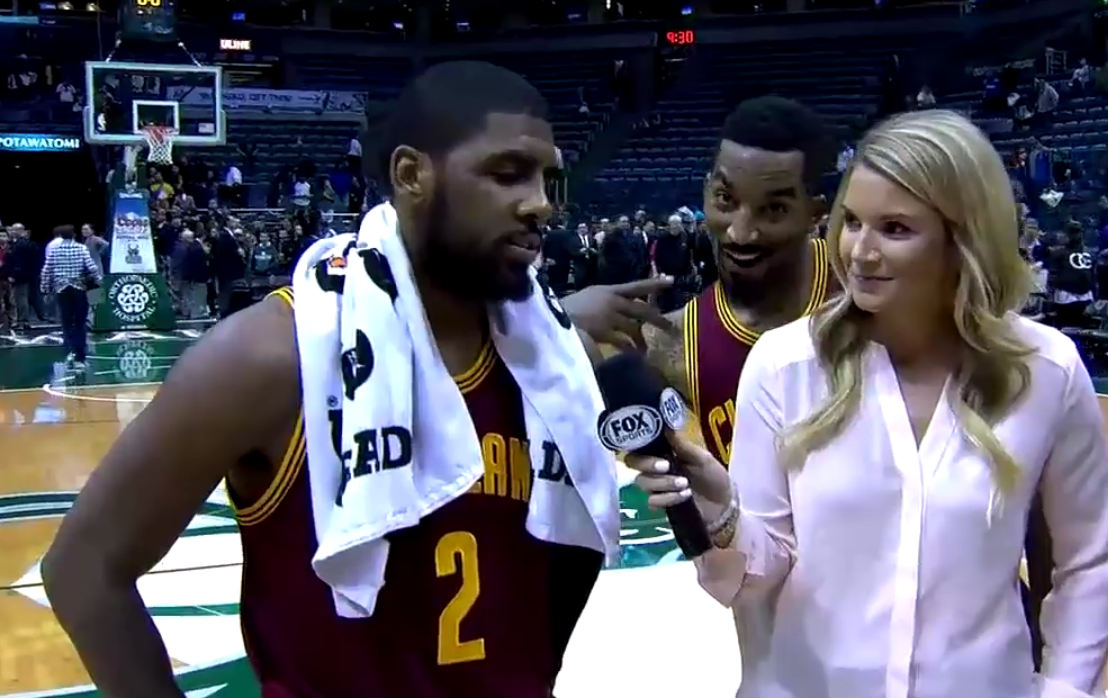 Steve Kerr is so likable that I almost hate him for it, but then he’ll say something wry and self-deprecating and I love him all over again. Also, he seems like the best boss in America.

Yesterday on ESPN Radio, Brian Windhorst told a story about Draymond Green playing against the Heat as a rookie. He guarded LeBron and talked trash the entire game. Green hit the game winner. He’s been a king from day one.

Draymond Green on @KNBR, reacting to Dwight Howard's quote about still being a champion in his mind: "Cool. That's the spirit."

Can you find anyone in the world who doesn’t like Festus Ezeli?

He got married wearing a tracksuit at a drive-through church in Vegas. A few weeks ago, he walked up to a guy in Cleveland and demanded to take a photo with his girlfriend. Team Mozgov.

This might seem a little high, but once you start calling him “Harry,” he immediately becomes 10 times more enjoyable.

He’s turned into one of the best rebounders in the league, he’s a legitimate X factor in the NBA Finals, and after getting laughed at for turning down $52 million in the fall, he’s about to get PAID this summer. No more leftovers:

“I hate leftovers,” Thompson said. “Even in my childhood, I never liked reheating up food. I’ve been getting better lately, but I just hate warming up food because I think when I open it up, it doesn’t look fresh no more. It looks kind of, like, shriveled up. You know when you come out of the shower and you’re pruney and stuff? I’m like ugh. I want it fresh. If it isn’t fresh, make me another dish. And I hate cold food. I hate cold cuts.”

His comeback was a great story when he was just a nice guy who made it back to the Brooklyn Nets, but now he’s in the NBA Finals. 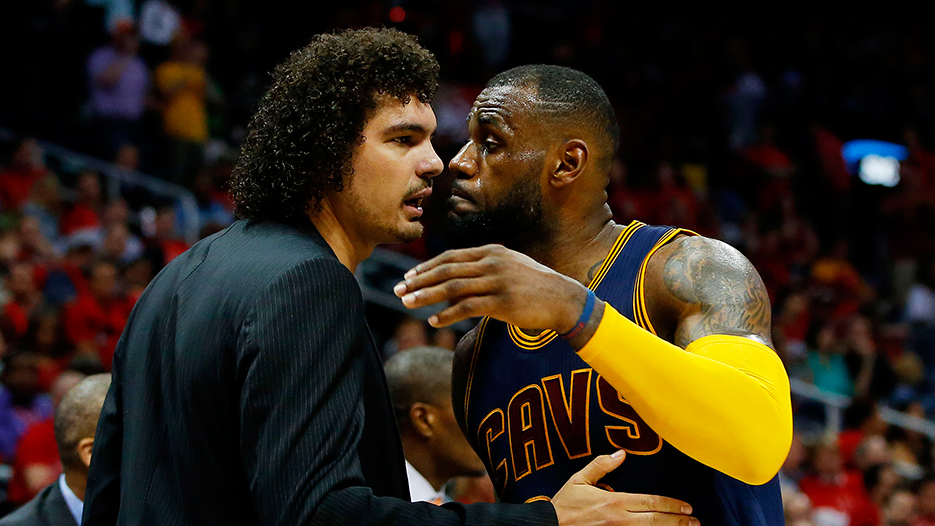 Fresh perm for the Finals??

He didn’t get the Lakers’ head-coaching job, landing in Golden State instead. Of course. His life is one long spring break.

I saw Mike Miller getting ready in the Heat locker room before a Finals game a few years ago. He was sitting with both feet propped up like a hospital patient, leaning back with a giant wad of dip in his lip, spitting into a Powerade cup. He won a title that night.

Because adding a little Barbosa makes every game more fun. Also, he helped engineer one of the greatest NBA videos of all time.

Recently, CBS’s Matt Moorie asked Bogut about the reports of spiders raining from the sky in his Australian homeland. Bogut: “It’s not like it’s always raining spiders or there are just snakes walking down the street in the city where they’re going to jump out of a lane and eat you … There is stuff there that can kill you. Obviously if you see a swamp or water that’s not clear, you don’t jump into it. So, yeah.” Cannot wait for this guy’s second career at the Australian toursim board.

He’s probably overexposed at this point. Really just a delivery platform for his daughter.

This dude is the anti-Thibs. By all accounts, he’s one of the biggest jokesters in the coaching profession.

He’s just on the line between inoffensive and likable.

https://instagram.com/p/y8btd1ixJK/?taken-by=klaythompson
This is about as exciting as Klay Thompson gets. He’s an After Dark (read: Litman) favorite, but he is pretty aloof.

He has settled into the perfect twilight role of chemistry guy/last-resort goon. It seriously seems like he’s 62 years old in these Eastern Conference finals celebration videos.

It’s all fun and games until he ’bows Curry into the third row.

That’s a classic tweet. This dude used to be one of my favorites, and he is responsible for the greatest Sixers moment of the decade.

This ranking is scandalous if you ask me. Iman is a top-five likability talent. This is what happens when you let Litman call the shots. I asked her to explain herself:

I would love to be a fly on the wall for the Thanksgiving dinner when Justin getting to the NBA Finals before Jrue comes up on the topic wheel.

Just going to leave this here.

Marion appears to have an extensive Avengers sock collection, even including Loki, which probably prevented him from making it into LeBron’s clique.

Didn’t miss him in the conference finals. 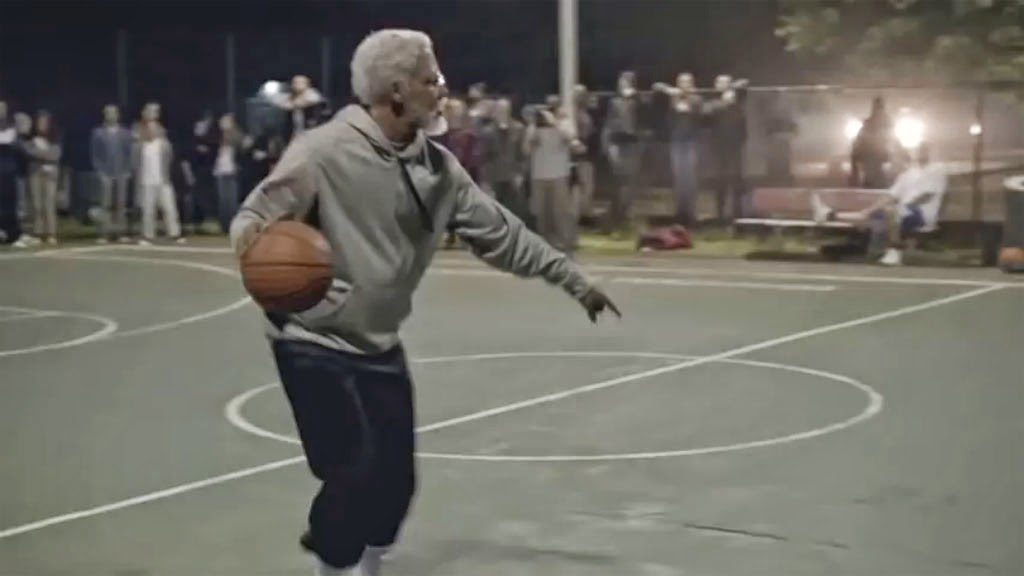 You can’t be from the Russell Westbrook School of Surliness when we know Uncle Drew is lurking inside of you.

He has been playing the role of LeBron in Warriors practices. Not a lot to work with, personality-wise.

You only know these two as the last guys Curry mentioned in his MVP speech, about whom he had nothing to say except that they were new. Moving on.

Lee lost his starting job to Draymond Green and his fiancée to E from Entourage. Tough year for this guy, but somehow it feels like maybe he had it coming.

It’s time to stop explaining that Kevin Love is a loner, and start accepting that he’s not fun.

Some may say LeBron is an underdog this time around, but is the best player in the world with a self-proclaimed CEO mentality really in need of more fans? This executive claims he is a camaraderie guy, and apparently that means using the press to criticize his teammates and coach.

David Blatt recently compared being an NBA coach to being a fighter pilot. Let’s leave it at that.

'The Ropes' Podcast: Cotto-Geale Preview and an Interview With Timothy Bradley Jr.