The Man Who Wasn’t There: James Dolan and His Disappearing Act Opening for the Eagles 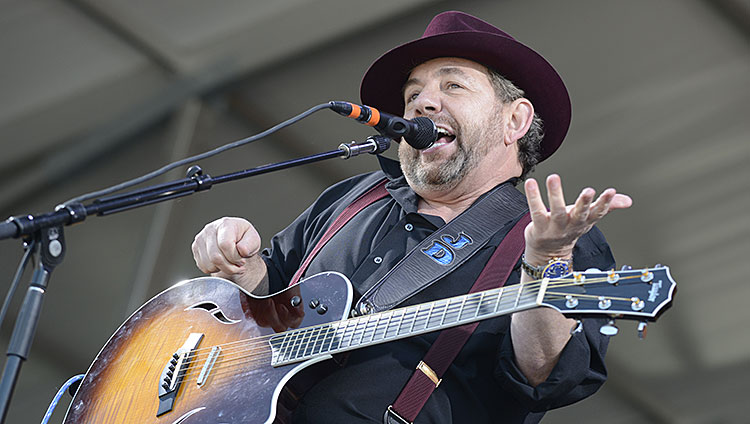 New York Knicks owner James Dolan is Llewyn Davis if Llewyn Davis had been born into wealth, owned a world-famous concert venue, and had a sub-mediocre, Nassau County–inflected singing voice. (Although, to be fair, unlike Llewyn, Jim does write his own songs.) And the last few days have witnessed a glorious burst of Jimmy James Dolan music news.

On September 12, Dolan, looking like the rumpled love child of Fred Flintstone and Barney Rubble, appeared on Today to take what must have been the softest ALS ice-bucket challenge in the very short history of that particular charitable stunt. He also announced that his band, JD & the Straight Shot, would be opening a few dates for the Eagles, including Saturday night at Madison Square Garden.

Then, before hefting the pail, Walsh quipped, “I would just like to say that a lot of people in New York would like to dump buckets of various things on Jim Dolan. I’m happy to make this possible.” How clear and true those words do ring. Dolan then removed his fedora and — in anticipation of the shock of icy water — pinched closed his nostrils just as so many Knicks and Rangers fans have done over the past 14 years. 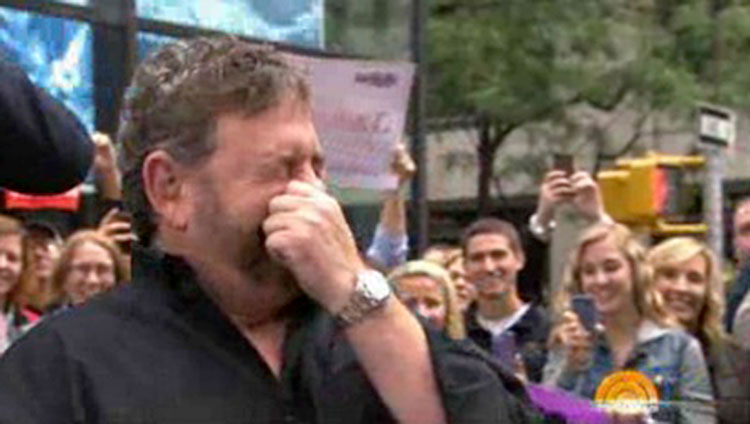 One day later, the New York Times and the New York Post ran interviews with the once-reclusive Dolan (no Daily News, since he’s been feuding with that paper since at least 2012). He talked about his passion for music and opening for the Eagles at the Garden, and previewed a track off of JD & the Straight Shot’s upcoming album, Where I’ve Been. The song is about Trayvon Martin and is titled “Under That Hood.” I would describe the song, while gravely shaking my head, as Jim Dolan’s version of “Hurricane” by Bob Dylan. Which is to say it is garbage, but at least its little refuse heart is in right place. “The artist in me needs to be free,” Dolan told the Post.

I know this seems, and in fact is, snarkily written, but truthfully, I could not be more thrilled with Mr. Dolan’s seemingly sudden rededication to his craft and calling. Music is a tough hustle, now more than ever. Dolan’s backing musicians in JD&tSS are seasoned pros, and musicians getting paid to play music is a net positive for the world at large. A gig is a gig, after all. In college, I played percussion in a Dave Matthews cover band, and the couple hundred dollars in cash a night counted as my best paycheck, in terms of raw salary over hours, for roughly the next decade. The money more than balmed my “lift up your skirt and show the world to me” self-loathing (until I got fired after three shows). If wearing fedoras and warbling a bunch of bluesy balderdash about Eliot Spitzer keeps Dolan away from the Knicks front office, well, turn it up to 11.

And that is how I found myself at Madison Square Garden on Saturday night, preparing, like a sin-eater, for close-range exposure to the live musical stylings of JD & the Straight Shot. (And also the Eagles, who are perfectly fine.) The plan was to go see the band, endure its noxious, off-brand billionaire blues necrophilia, write piece, profit.

And, so, here is where I tell you — and yes, I buried the lede — that I missed JD & the Straight Shot’s set. 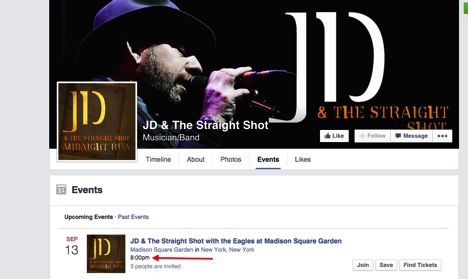 I arrived at my seat at 7:50 for what was supposed to be an 8 p.m. showtime. It says 8 p.m. on my ticket. It says 8 p.m. on JD & the Straight Shot’s Facebook page, on Ticketmaster’s website, and on MSG’s website. And so I was quite surprised when 8:20 rolled around and Glenn Frey and Don Henley took the stage instead of James Dolan. If you need any further evidence that the universe is a cold, cruel place, it is that I felt actual disappointment that I was seeing the Eagles and not the owner of the New York Knicks. Just think about that. Like, I really wanted to be able to say, “I was there the night James Dolan sung his song about Trayvon Martin live at Madison Square Garden.”

Befuddled, I turned to the elderly man next to me and asked if there was an opening band, to which he replied, “I don’t know,” and looked at me in such a way that I understood that if I interrupted “Peaceful Easy Feeling” one more time he would slit my throat. I got on Twitter and searched for tweets about the show. Sure, the demographic for an Eagles-Dolan show skews toward the “how does the Googler work” age bracket, but I figured, if JD played, then someone must’ve tweeted about it. I found only two tweets, but one of them seemed to confirm my worst fears, and the time stamp was from mere minutes before I had taken my seat.

Jim Dolan (in the hat) and his band opening for The Eagles at his @TheGarden ! pic.twitter.com/nciCB68IHA

Can't believe this asshole Jim Dolan is opening for the Eagles

I tracked down the closest usher and asked her what time the opening band played. “Oh, JD Shooter played from 7 to 7:45.” I wandered around in a daze and Googled “Dolan JD Straight Shot Eagles MSG showtime” from my phone. Everything said 8 p.m. I watched the Eagles while surrounded by baby boomers gyrating to the slow cowboy one-two of “Tequila Sunrise,” air-guitaring to the AM radio rock of “Already Gone,” weeping real tears to “Desperado.” I felt strangely empty inside.

Sometime after intermission, I pulled myself together and walked down to the box office.

The clerk smirked, unsure. “You did.”

1. James Dolan, who loves music and considers himself an artist, and whose other job is running one of largest cable and Internet providers in the country, somehow can’t manage to organize having the correct start time for his gig — opening for the band with which he shares a manager (Irving Azoff), at a show he had been talking up on television and in the papers, and which was being held at the venue that he runs — displayed, not even prominently, but anywhere at all.

2. Irving Azoff, the Eagles, and perhaps a coterie of well-placed but anonymous MSG execs, knowing full well that JD & the Straight Shot, while instrumentally solid, is helmed by a trundling ramshackle human fedora who fancies himself a lyricist, off the strength of couplets such as “who’s that walking / a shadow on the street / looks like trouble from my judgment seat,” quietly decided that, for the greater good of humankind, it was necessary to make it at as difficult as possible for people to see the band.

I honestly cannot decide which it is.