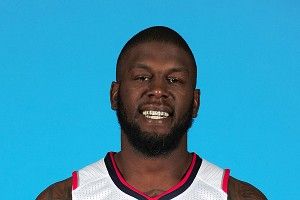 There were a few mini-phenomenons of the shortened 2011-12 NBA season that proved perfect for distracting fans from the 16 games that were taken from our poor, basketball-loving hands. One of the most left-field of these was a simple man by the name of Ivan Johnson.

Between his athletic past (troubled), his temper (short), and his playing style (the Hulk meets Mendoza from D2), it was a no-brainer to coin him the most interesting man in the NBA and dedicate a five-part, Hard Knocks–meets–Blade series to him, aptly titled “The Ivan Johnson Chronicles.” And as the season came to a close, there were no regrets about any of the thousands of words dedicated to his life.

But as the Grantland basketball crew began excitedly prepping for the upcoming season, it became clear that perhaps it was time to dig deep into the NBA rosters, with the hopes of finding the next Ivan Johnson.

Another Ivan Johnson. That was the plan.

While there was a level of excitement and pride upon hearing that the Hawks re-signed Ivan, it unfortunately seemed as if the shtick was getting old. Yes, we might get an outburst here and there, or a wild game where he scores 20 points in a matter of minutes, but the newness was gone. Sadly, but realistically, it seemed as if the odd connection between Grantland and Ivan Johnson was no more.

That was until the Hawks decided to have practice today. Without attending, one has to assume there were scheduled shooting drills, pep talks, conditioning, and scrimmages. Not planned:

How do we know? Where did this happen? Why? WHY NOT?

Hawks Guard no. 11 James Anderson: Shattered by Ivan Johnson in Practice. It was Crazy!! 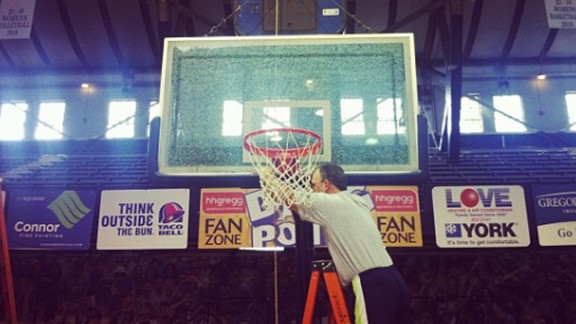 That’s amazing. I can’t stress how much I hope it was in the layup line. But where? Is this an in-house malfunction? Has Philips Arena not learned to reinforce their goals when Ivan’s in “a mood”? 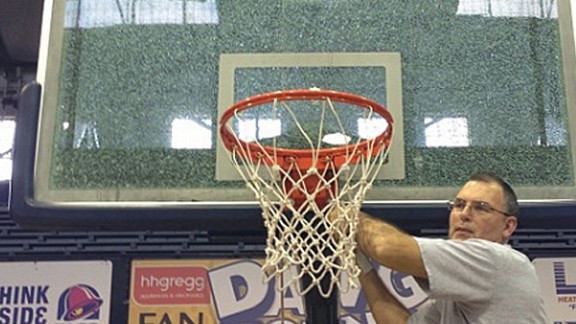 Hey, Butler University, sorry to be so up front about this, but Ivan’s not paying for this. Anyone else?

Hawks Forward no. 4 Anthony Tolliver: My teammate Ivan Johnson got mad at the backboard! Lol #hawks 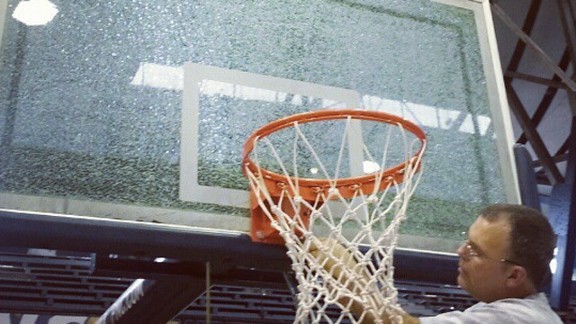 Laugh out loud, indeed. Did any coaches see this? If so, were they mad?

Hawks player development instructor Nick Van Exel: Just left practice at Butler University and this is what Ivan Johnson did. 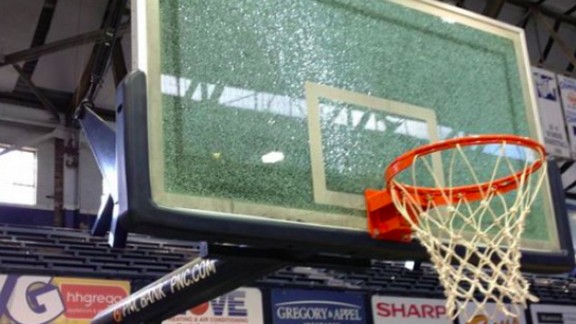 I can’t figure out the tone of this tweet. It sounds like he’s hiding his joy within a facts-driven tweet. But there’s no way the ex-ankle breaker isn’t loving every second of this. Any last thoughts? Maybe by a player without a camera phone, but with a Twitter account that he accesses through the public library?

Hawks Guard no. 26 Kyle Korver: Shattered backboard.. Guess who did it?? #practice

Thanks, Kyle. But where was Ivan during all of this? Did he shatter it and then just leave (the basketball version of dropping the mic)? Does he even know he did this?

Hawks Forward/Center no. 15 Al Horford: Ivan cracked the Backboard at practice today! It was a wrap after that.

Look at that face. He knows. And he’s pumped he ended practice, because he still doesn’t fully understand why they do it in the first place. If anything, he’s probably just disappointed he didn’t uproot the pole from the floorboard.

Sorry for doubting your staying power, Ivan. I can’t believe just yesterday I was about to pick Smush Parker on nickname and chutzpah alone. Sincerest apologies.

The Pacers Are Now the Hans-BROS ... Also, Gerald Green Can Fly