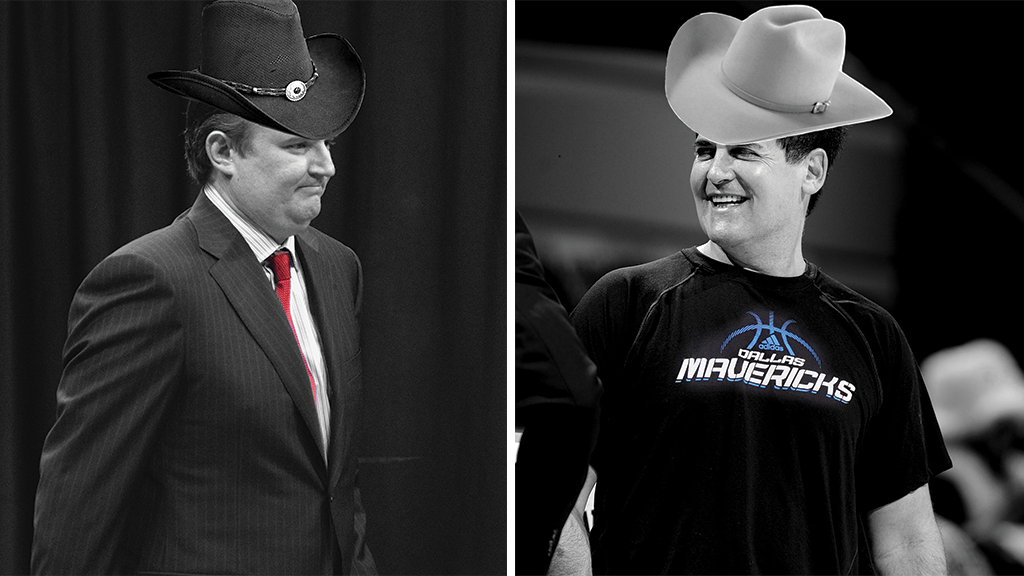 See the Billionaire. He is tanned and thick, he wears a tight-fitting cotton-poly blend, shmedium shirt, a white horse in profile printed across the chest. He stokes the scullery fire and the stove grows hot. His folk come from the steel-mill towns outside Pittsburgh and he first found work in Dallas as a barkeep. He rode the runaway dot-com boom in ninety-nine and came out rich. Rich beyond dreams. Six months later, he buys the local NBA team. He turns them around and in time they win a championship.

See the General Manager. Round of face and pale. He came from Boston, from those old and great Celtics, to the Rockets of Houston. A known horse trader, he spends years swapping dimes for 15 cents and a stack of IOUs. Then the IOUs come due and he flops a pair of aces. But that don’t mean paying more than 10 cents for a dime.

All along the north-south stretch of Highway 45 between Dallas to Houston, shots are being fired. It’s an old-fashioned border war, the kind you just don’t see in the NBA anymore. It is a delight. Basketball fans everywhere should say a silent prayer every night for the rhetorical antagonism to boil over onto the hardwood.

Timeline of the Conflict Between the Cubesfields and the McMoreys

Dwight Howard, after a lost season wandering the plastic deserts of southern California, announces he will sign with the Houston Rockets, as their long-sought second star alongside James Harden. Hours after the announcement, Morey — either displaying a thickness of sack and a sharpness of tongue that belies his nerd-quant image, or a breathtaking naïveté that does nothing to dissuade criticisms that he knows numbers better than people — calls the Mavericks to inquire about the availability of Dirk Nowitzki. Cuban thinks it’s the former and a feud is born.

Cuban takes a break from unintentionally stretching the neck holes on his T-shirts to opine that Howard “made a mistake in judgment.” The statement could be true of many Howard-related events, but, in this case, Cuban meant not signing with the Dallas Mavericks.

Both the Rockets and the Mavericks are eliminated in the first round of the playoffs. The Rockets lost to the Portland Trail Blazers — on a last-second shot, off a defensive breakdown. Dallas goes out after a surprisingly competitive seven-game series with the eventual champion Spurs. The regular-season series was split, 2-2.

The Mavericks tender an offer sheet worth $46 million over three years to Houston restricted free agent Chandler Parsons, after Morey’s intricate cap-space Jenga tower collapses under the jittering hand of fate. Morey explains his decision to not match by saying the team was in a “better place.” Parsons, born again in white and blue, found Morey’s valuation of his contributions “offensive.” 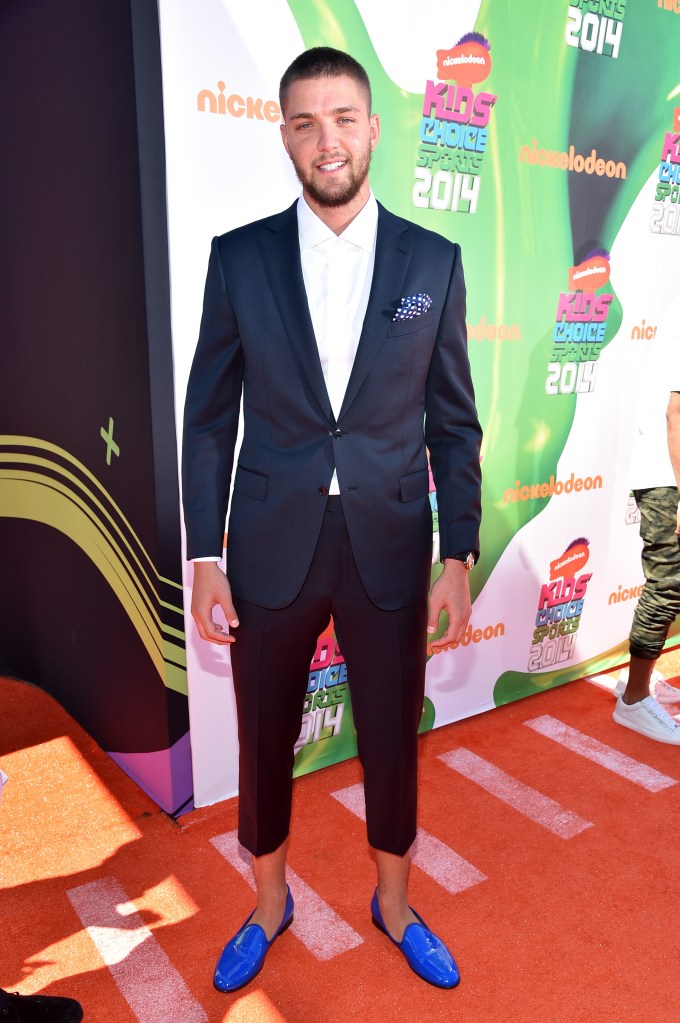 Cuban, several weeks into an extended victory lap, reveals during a radio interview that the Parsons deal was driven by personal animus, and crows that “every bit of me wanted to kick his ass.” (Morey being the owner of the aforementioned ass.) Cuban went on to poke a pointy stick into a Morey soft spot: that Morey values his players purely as Football Manager–style assets, and not living people with their own feelings and aspirations.

Morey, presumably after several months of feeling a weird tingling feeling in the palms of his hands and the roof of his mouth, and after eventually discovering that the feeling was rage, armed his 20-kiloton Woj Bomb and flew up Highway 45. Morey refuted Cuban’s “mistake in judgment” comment, saying, if the money is equal, free agents would pick Houston over Dallas “every time”; he argues that the Rockets do care about chemistry, and, in fact, have “great chemistry”; and — showing he really just might have some sort of mild social-empathy disorder — he goes on to say “I think [Cuban’s] pissed that we went after Dirk in free agency.” You think? I mean, Cuban has only been saying so for several months. 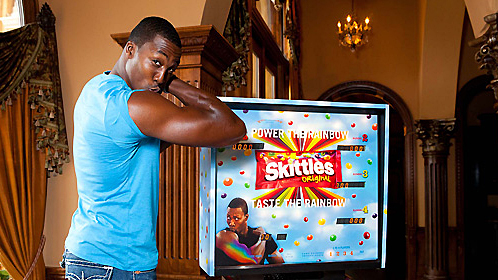 Ahead of the October 7 preseason game between the Mavericks and Rockets, Cuban has the hallway leading to the visitor’s locker room lined with vendors selling 1o-pound bags of Sour Patch Kids and Sugar Babies, and fills Harden’s locker with strip-club handbills. Howard goes into mild diabetic shock midway through the third quarter, and Harden is last seen taking $20,000 out of an ATM before disappearing for three days.

Morey goes on sports radio 710 in Houston and unleashes a venomous diatribe, critiquing Cuban’s asset valuation abilities. He does so by detailing the amount Cuban overpaid for a Shark Tank pitch — a smartphone app that reveals whether a dog is unhappy by scanning its urine and feces for chemicals associated with canine depression.

“There’s a growing market for pet mental-health wellness products, of course. I care if my dog is happy. Of course I do. But our research shows that people still care more about the presence — however small — of dog poop on their phones than their dog’s happiness. I wouldn’t have paid more than $200,000 with a 70/30 ownership stake for Snoopy Poopy. Frankly, I think Mark got played by Barbara Corcoran on this.”

Cuban begins secretly training with China’s Ma Long, the top-ranked table tennis player in the world, with an eye toward Morey’s annual Las Vegas table tennis tournament in July. Later in the month, in an interview with ESPN’s Chris Broussard, Cuban derides the Sloan Conference as being “like the Walmart of TED Talks.”

Ahead of the NBA trade deadline, Morey begins calling Cuban every 20 minutes to inquire about every player on the Mavericks roster.

On February 20, with the Rockets in Dallas to play the Mavs, Morey hides all six of Harden’s cell phones and has the electronic lock on Harden’s hotel door disengaged. Morey then has two palettes of cupcakes delivered to Raymond Felton’s house. Harden posts a 35-8-8 line, including the game winner at the buzzer. Two hours later, Morey calls Cuban to ask if Felton is available, before going, “Psych, he’s crap.”