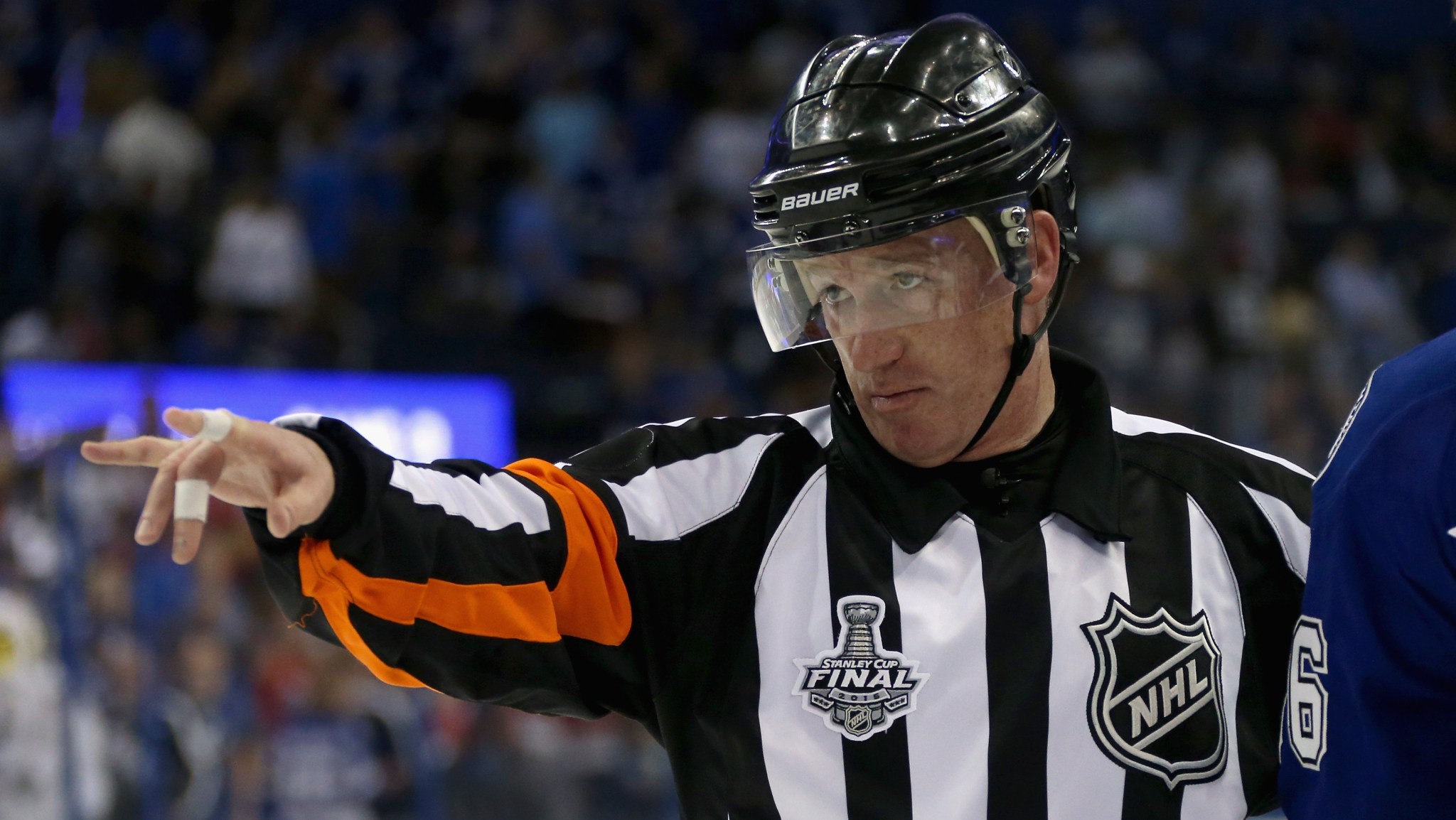 Pro sports rulebooks are fascinating things. They’re living documents, changing constantly as new rules are added, others are dropped, and still more are clarified and adjusted. But despite that, most of the rules are decades old and familiar to even novice fans. We never actually read the rulebook cover to cover — we’d never need to. We all know the basics, and figure that the rest are just minor details.

And that’s all true enough. But fans really should take some time to browse through the rulebook every once in a while, because there’s all sorts of weird stuff in there. Rulebooks are rarely cleaned up, so stuff of indeterminate origin can linger for decades. Rules you’d think would be simple can go down a rabbit hole that lasts for multiple pages. And then there are the exceptions, loopholes, and special scenarios: paragraph after paragraph of increasingly specific language covering situations that in some cases have never happened. But at some point, somebody somewhere was concerned enough to add a line to the rulebook, where it will probably stay forever.

The NHL is no different, with many of its most common and well-known rules coming with a “Yeah, but … ” that most fans have never heard of. So today, let’s get out our trusty copy of the rulebook and dive in as we hunt for those hidden loopholes that rarely — and in some case never — come up in actual games.

Here are five rules you definitely know, and the weird exceptions to them that you probably didn’t.

1. If a player can’t serve his own major, his team must put someone in the box to replace him.

There are all sorts of situations in which a player might be assessed a major penalty that results in a power play for the other team, but that he can’t actually serve by physically sitting in the penalty box. Maybe the offending player is a goaltender. Or maybe he was ejected, or injured on the play.

In those cases, fans know the drill: The offending player’s team has to send over a player to serve his time for him. It’s usually a one-dimensional offensive star who doesn’t kill penalties anyway and can provide a threat to score on a sneaky breakaway once he’s out of the box.

But while teams do indeed have to put a player in the box, they don’t actually have to do it right away. Rule 20.3 makes it clear that a team “does not have to place a substitute player on the penalty bench immediately”; it’s completely legal to keep the entire bench intact by just leaving the box empty when the penalty starts, and leave it that way as long as desired. During any stoppage in play before the penalty ends, the team can send somebody over to serve whatever’s left of the penalty.

Of course, there’s a slight flaw in that sort of plan, and it’s the reason teams almost never try this particular move: If there isn’t a stoppage, and the power play ends before you can get somebody into the box, you’re pretty much screwed. With nobody to come out of the box, the power play would continue indefinitely, or at least until the next whistle. You can’t get to even strength by having a guy hop over the boards from the bench — he has to come from the penalty box.1 And to make matters worse, you’re not even technically considered shorthanded anymore, so you can’t ice the puck like you would on a typical penalty kill.

So does it make sense to do it? No, not really. But the rulebook says that you could, and that’s what really counts.

2. A player may not play the puck with a broken stick.

The broken-stick rule is one that most fans know well, even though it doesn’t come into play very often. If a stick breaks, you have to drop it immediately. If you don’t, it’s an automatic minor, per section 10.3 of the rulebook. Maybe the most memorable recent example of the rule being called came two years ago, when Ryan O’Reilly’s quest to become the first player in 33 years to go a full season without taking a single penalty ended when he was too slow dropping a broken stick in Game 74.

But there’s an exception to the rule. Two of them, in fact, one for each team: the two goaltenders. Goalies don’t have to drop a broken stick, per Rule 10.4.2

Both sections on broken sticks are worth a quick read, because they’re filled with weird exceptions and clarifications that most fans have probably wondered about at some point. For example, players can hand each other replacement sticks, but it’s a penalty if anyone “throws, tosses, slides or shoots” one. A skater can give his stick to a goaltender, but not vice versa. A player who has a stick thrown to him from the bench doesn’t get a penalty; the thrower does instead.

And my favorite random detail: While play is still going on, a “goalkeeper whose stick is broken or illegal may not go to the players’ bench for a replacement but must receive his stick from a teammate.” I’m sorry, but if a goalie wants to sprint to the bench and grab a replacement stick on the fly, I think we should let him. Hell, we should encourage it. I can’t believe Ilya Bryzgalov never tried that.

3. A goalie can’t handle the puck outside the trapezoid behind the net.

Few hockey fans seem to like what’s become known as the trapezoid, that shape behind the net that was introduced as one of the many new rules put in place after the 2005 lockout. New fans are often confused by it. Veteran fans are just annoyed, viewing it as an eyesore that has little impact on the game and has come to represent the sort of minor tinkering the league seems to love to engage in every year.

But the trapezoid does serve a purpose: It’s meant to limit the goaltender’s ability to play the puck. If you’ve been around long enough to remember the days when goalies like Martin Brodeur got so good at stickhandling that they were viewed as a third defenseman, you can understand what the league was going for. The only thing less entertaining than watching one team execute a dump-and-chase is to see the other team’s goalie retrieve the puck and dump it right back out before the “chase” part can even happen.

And so the trapezoid was born, establishing an area in which the goalie isn’t allowed to touch the puck. Part of the confusion is that “the trapezoid” itself isn’t the area the rule covers — it’s the safe zone, where goalies can still handle the puck as normal. It’s the two areas to either side that aren’t allowed.3 Those are the areas where any contact between the goalie and the puck leads to an automatic penalty for delay of game.

Except when it doesn’t. There’s a little-known loophole, as laid out in Rule 63.2: “The minor penalty will not be assessed when a goalkeeper plays the puck while maintaining skate contact with his goal crease.”

I have no idea why the league would feel the need to add this particular exception, and if the rule has ever actually come into play, I’m not aware of it. But it certainly could — it’s 7 feet from the edge of the crease to the end of the trapezoid, which isn’t much considering how big today’s goalies are. You couldn’t actually handle the puck, Brodeur-style, but you could certainly reach it with your stick and settle it down for an oncoming defenseman.

So let’s take bets: Who’ll be the first goaltender to start regularly exploiting this loophole? And how badly will fans freak out the first time it happens because they’re convinced the referees are letting an obvious penalty go uncalled?

4. A regular-season game that remains tied after overtime is followed by a shootout.

Certain things are inevitable in the NHL. When the clock has run for 20 minutes, the period ends. When a power play ends, the penalized player returns to the ice. When a CBA expires, Gary Bettman and the owners will have a lockout. And when a regular-season game is tied at the end of overtime, we get a shootout. You don’t have to like it, but the shootout is inevitable.

Or so we thought! Because according to a close reading of the rules, the shocking reality is that … well, yeah, the shootout is basically inevitable. But the rulebook does hold out some small sliver of hope by including an odd part in Rule 84.4 that covers what happens if a team “declines to participate.” Apparently somebody felt there was a nonzero possibility some team could just refuse to take part in the shootout experience, and it had to be addressed in the rulebook.

So what happens if a team just says no to a shootout? It loses. That’s pretty much it. “If a team declines to participate in the shootout procedure, the game will be declared as a shootout loss for that Team.” You just lose automatically.

So why would any team ever decline? Principle, dammit! Or maybe because the coach got pissy about something or other and decided that the whole team needed to go sulk in the dressing room. Either way, it could happen. It never will, but it could. And if you hate the shootout, that’s pretty much all you have.

5. A team that loses in overtime is awarded a single point.

Ah, the loser point. It’s one of the worst rules in all of pro sports, an embarrassment that encourages boring defensive hockey, distorts the standings, and makes the NHL look like a children’s rec league that gives trophies just for trying hard. It’s awful. It also isn’t, despite what most fans think, automatic.

We’ve covered this one before, but there’s a rare exception to the loser point, and it’s laid out in Rule 84.2: The losing team doesn’t get its point if the winning goal is scored after the team pulls its goalie for an extra attacker in overtime. Empty-net goals negate the loser point.4

The rule was put in place to discourage teams from pulling their goalies late in overtime to go for a no-risk second point when a game was in danger of ending in a tie, and it has actually come into play at least twice, in 2000 and 2003. That tie-game scenario no longer exists thanks to the shootout, although the rule could still theoretically happen if a team needed to avoid a shootout thanks to the wins in overtime/regulation (ROW) standings tiebreaker.

As often happens, this loophole comes with various exceptions to the exception. For example, the rule excludes a scenario in which a team accidentally scores into its own net on a delayed penalty. And it includes this fascinating clarification: “Once the goalkeeper has been removed for an extra attacker in overtime during the regular-season, he must wait for the next stoppage of play before returning to his position. He cannot change ‘on the fly.’” Wait, goalies are technically allowed to change on the fly the rest of the time? How did Mike Keenan never incorporate this strategy?

College Sweethearts: Todd Graham and Rich Rodriguez Bring the Golden Age of College Football to the State of Arizona