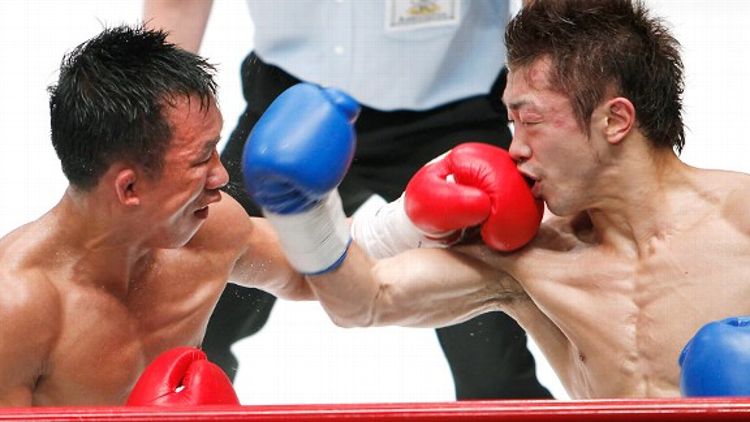 The last thing you need is your significant other wondering why the word “Pornsawan” is popping up in your search history. So Grantland is doing you a solid and presenting the YouTube video of the Akira Yaegashi-Pornsawan Porpramook boxing match. Now you don’t have to Google it. You can thank us later.

If this fight had taken place a decade ago, you never would have seen it, most boxing writers never would have seen it, and it wouldn’t have had a chance to be named Fight of the Year anywhere in the Western Hemisphere. But it is the best fight of 2011 (so far), and history suggests the Boxing Writers Association of America might recognize it as such; in 2006, Somsak Sithchatchawal and Mahyar Monshipour did unholy things to each other in a fight that took place in France and was viewable only on YouTube, and Sithchatchawal-Monshipour won a narrow vote for the award.

Yaegashi-Porpramook took place October 24 in Tokyo, and since it appeared Sunday on YouTube, the pugilistic nerderati have been buzzing. Now, The Triangle is doing its part to take this battle mainstream. By watching this fight, you’ll be able to brag that you’ve seen probably the greatest strawweight fight ever (my apologies to Ricardo Lopez-Rosendo Alvarez II), and when your friends tell you they’re pretty sure there isn’t a weight division called “strawweight,” you can be the smartest guy in the room. You’ll also be able to brag that you saw the most cartoonishly violent boxing match of 2011 (more apologies, first to another minor YouTube sensation, Hernan “Tyson” Marquez vs. Luis Concepcion, as well as other Fight of the Year candidates like Victor Ortiz-Andre Berto, Orlando Salido-Juan Manuel Lopez, Antonio DeMarco-Jorge Linares, and Delvin Rodriguez-Pawel Wolak). And most importantly, you’ll be able to laugh in the face of anyone who spent $54.95 to watch Bernard Hopkins  “fight” Chad Dawson.

The Yaegashi-Porpramook fight is best viewed in its entirety, so you can appreciate the gradual, Corrales-Castillo-like build to savagery. But because I understand that not everybody has 37 minutes and 12 seconds to spare, here’s a time-coded CliffsNotes version:

1:53: Just for amusement, spend a few seconds taking in Pornsawan’s opening-round jab. It would be damned effective if Yaegashi were 7 feet tall and standing three feet closer to Porpramook than he actually is.

21:18: Do you miss The Contender’s inappropriate insistence on forcing young children to watch their fathers get punched in the head? Then enjoy this shot of Yaegashi’s wife guaranteeing that their infant daughter will end up in therapy someday.

25:06: Round Eight. Good Lord. I might be addicted to Internet Pornsawan.