The Desolation of Southampton 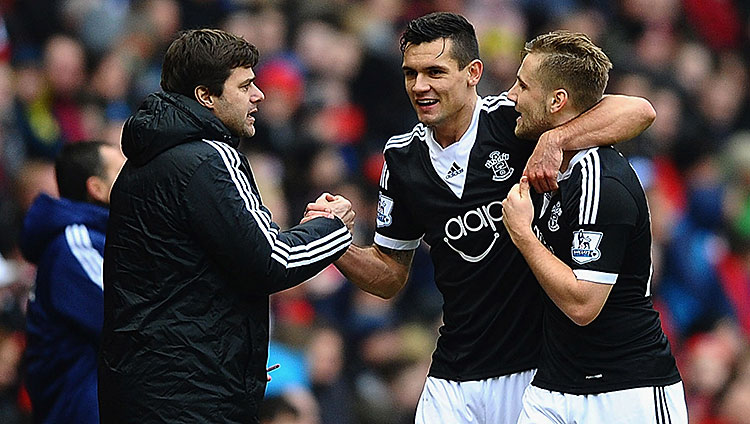 Southampton are having a difficult summer to wrap your head around. After a promising season, the vultures have torn their squad to shreds. Top-tier Premier League clubs have swooped in and plucked five major contributors from the Saints. At least another one is clamoring loudly on Twitter to be allowed to follow them. Their manager was poached as well.

Then again, every transfer they’ve made has resulted in a fair to exorbitant fee. Their new manager is a talented and accomplished coach in his own right, though never in England, and the club has already begun the work of bringing in players to replace those who left. With smart reinvestment it’s easy to see Southampton remaining a competitive side for years to come. That’s not bad for a team that was playing in England’s third division as recently as 2010.

Southampton’s last five years seemed to offer a model for how a club could use resourceful management to defy the odds and rocket up through the standings. The team combined homegrown youth from its renowned academy (a system that produced Gareth Bale, Theo Walcott, and Alex Oxlade-Chamberlain among others) with underappreciated veterans and a few strategic signings to great effect. The whole effort was masterminded by Nicola Cortese, their chairman, who, in addition to bringing the talent together, displayed a preternatural (or ridiculously fortunate) ability to replace managers after they’d succeeded and before they failed. It was Cortese who fired Nigel Adkins halfway into his first Premier League season, after the man had led the club to back-to-back promotions. Adkins’s replacement, Mauricio Pochettino, proceeded to lead the team to an eighth-place finish in his first full season in charge, the best Premier League season in the team’s history.

Cortese left the club last January after reportedly feuding with owner Katharina Liebherr (who inherited the club from her father, Markus, who died in 2010, only a year after purchasing the bankrupt club). When the season ended, Pochettino followed Cortese out the door, lured away by Tottenham Hotspur.

Then the transfers started. It was understandable when Rickie Lambert went to Liverpool for just under £5 million (all transfer values from Transfermarkt). After all, he’d labored away for 15 years in the lower leagues. Who could fault him a chance to play in the Champions League with the club he supported as a kid? And at 32 years old, it was tough to complain about the price.

It was slightly harder to take the idea of 18-year-old academy product and starting left back Luke Shaw jumping ship for Manchester United. Southampton couldn’t compete with wages of a reported £100,000 a week. And £30 million is a great price for a left back, even if he may become a superstar. But then fellow academy products Adam Lallana and Calum Chambers followed, as did last year’s star purchase Dejan Lovren. All told, it’s a lot of damage. While Chambers was as much prospect as contributor, the other four were foundations of the team, ranking second through fifth in minutes played (according to ESPN Stats & Info). For their trouble, Southampton walked away with slightly more than £100 million.

Oh, and it may not be over. This week, Tottenham Hotspur were reportedly circling around Jay Rodriguez and Morgan Schneiderlin when Cortese’s replacement, Ralph Kreuger (who, in case you’re wondering, is in fact the same man who briefly coached the Edmonton Oilers), decided the team had had enough selling, and declared they were going nowhere. Schneiderlin didn’t take the news particularly well.

This summer has quickly ended the story that the world liked to tell itself about Southampton. Rich clubs with deep pockets disabused us of the notion that a team could be put together and ascend to the highest echelons of the sport without its talent being hoovered up by the clubs that were already there. Fatalism can set in here. What’s the point of it all — all the scouting and building and picking just the right pieces — if at the end of the day the big boys just buy up all the hard work you’ve done anyway?

And yet. Despite all the sales, Southampton still have a thoroughly respectable team to field. Youngsters James Ward-Prowse and Sam Gallagher —  products of the academy who have already contributed to varying degrees to the first team — remain, as does Nathaniel Clyne. One of last year’s big purchases, Victor Wanyama, and one from the year before that, Gastón Ramirez, are still at St. Mary’s as well. Solid contributors like Jack Cork and Steven Davis could play in most Premier League midfields outside of the top seven. Southampton are a talented team, even in the wake of the exits.

On top of that, there’s that £100 million to spend. They’ve already started the process of finding replacements. New manager Ronald Koeman brought his striker Graziano Pellè from Feyenoord in the Netherlands with him. Pellè has put up prolific numbers in the Eredivisie the last two years, totaling 50 goals, although, as Jozy Altidore can tell you, those scoring numbers don’t always carry over. Southampton also bought an incredibly talented winger in Dusan Tadic, who has also been tearing up the Netherlands. They’ve also gotten Ryan Bertrand on loan to slot in at the left back slot that Shaw left.

Looking at this summer as a disaster for Southampton, or a refutation of how smart management can build a team, misses the point. Sure, a generation has ended at Southampton, but that generation has left a much better club than the one they arrived at. Team building in the modern day isn’t about finding a generation of talent and keeping it together; it’s about waves of talent. It’s about using the resources from selling Luke Shaw to ensure that there’s another crop of players to take his place when he leaves. It’s about ensuring that when you buy Dejan Lovren for £12.5 million one year, and sell him for over £20 million the next there’s another smart purchase behind him.

The original architects of the club’s growth, Nicola Cortese and Markus Liebherr, are gone. The new regime is certainly inexperienced. The director is a former hockey coach, and, despite her consistent denials, rumors continue to swirl that Katharina is more interested in selling the club than continuing her father’s project. 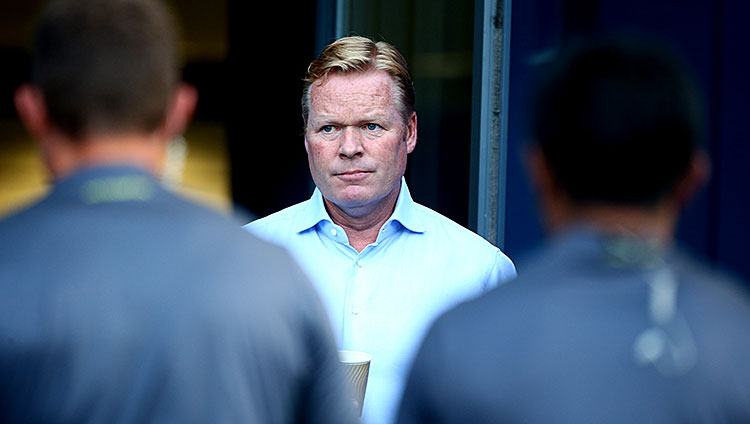 That said, Koeman is an interesting hire. And if his first couple of purchases are any indication, Southampton’s front office seems to be empowering him to bring in the players he wants and build the squad to suit his vision. That’s markedly different from how things ran before, when Cortese controlled everything. And it’s not a bad idea, especially given how green Krueger is.

It’s still extremely early in the next chapter of Southampton’s existence. Right now, with the transfer window still open and a bunch of cash burning a hole in their pockets, it’s impossible to say what comes next. If Southampton regress, though, it’s worth remembering it’s not because they sold their best players, it’s because after they did, they didn’t know what to do next.