The Definition of Insanity: Why It’s Time to Move Away From Retread NBA Head Coaches 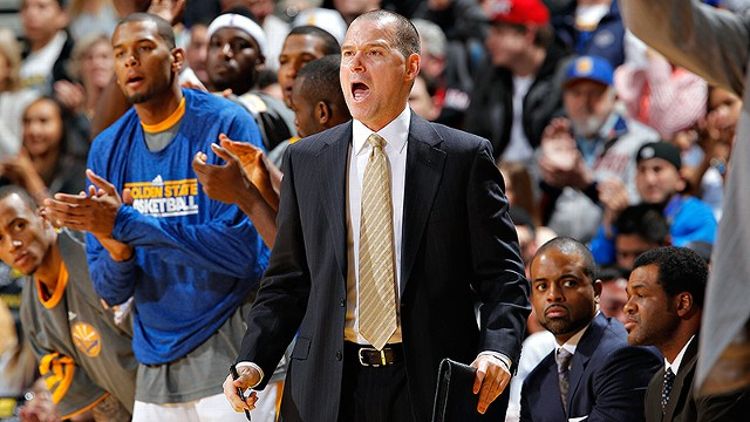 Popular consensus holds that when looking to fill a head coaching vacancy, hiring a coach with prior NBA head coaching experience is the smart, safe move. Congratulations, NBA team! You’ve chosen an “experienced, veteran coach” who “knows the league” and “has seen everything!” You’re ready to take on the world. Funny story: That’s basically a bunch of bullshit.

Gregg Popovich, who took over as head coach of the San Antonio Spurs in 1996, is the longest-tenured head coach in the NBA. Because he’s thought of as such an experienced old hand now, it’s easy to forget he was a first-timer when he installed himself as head coach 17 seasons ago. (Popovich was hired as the team’s general manager and vice-president of basketball operations in 1994. He replaced Bob Hill as head coach in December 1996 after firing Hill 18 games into the season.) In today’s NBA, that makes him something of a rarity.

Starting with the hiring of Popovich, there have been 150 full-time head coaching hires (meaning ones that weren’t interim coaches being given the full-time job, à la Mike Woodson in New York or Frank Vogel in Indiana) made by NBA teams prior to this season. Of those 150 openings, 90 were filled by “retreads,” those who had previously been an NBA head coach.

“Retread” carries negative connotations, so most teams sell the “experienced” angle I referenced earlier. When your favorite team hires someone who has been a head coach elsewhere, you can set the over/under for combined uses of “been there before,” “winning culture,” and “proven record of success” at the introductory press conference at somewhere around 73.5.

Experience is an easy sell, whether to a prying owner or a skeptical fan base. It’s comfortable, like a Slanket. What a coach can offer is plain to see, even if it’s underwhelming. A first-timer is harder to peddle. There’s no prior track record, and because of that, the pitch involves more intangible qualities. Usually a mentor-mentee relationship with a highly regarded head coach is invoked, along with vague-sounding concepts like “he’s an innovator” (for an offensive coach) or “he’s a tactician” (for a defensive coach).

There’s a chance that the advent of the Internet and the hyper-focused, constant coverage of individual teams has made that ability to easily explain a hire more important than ever. Between 1996 and 2001, 26 of the 52 (50 percent) full-time head coaches hired by NBA teams were retreads. Between 2002 and 2007, 36 of the 57 (63.1 percent) were retreads, and over the past five years, retreads filled 27 of the 41 (65.9 percent) openings.

This trend raises a couple of questions: (1) Does hiring a coach with prior NBA head coaching experience result in an appreciable improvement from the prior regime? And, (2) Does it make an appreciable difference when compared with the hiring of a first-time head coach?

The conclusion about our second central question — whether hiring an experienced head coach means more success than hiring a first-timer — is similar. The average team changing coaches since 1996 had a winning percentage of .418 at the time of the coaching change (whether that be the last full season, or the current record for an in-season firing). While hiring a retread coach resulted in a more immediate bump in winning percentage, the numbers show that those coaches did not show as much sustained improvement over the course of their tenure as the first-time coaches did. First-time coaches improved their winning percentage nearly twice as much (.101 to .054) over the course of their time as head coach.

It’s helpful to keep in mind that while the retread group includes some real duds like Paul Silas in Charlotte, Larry Brown in New York, and Paul Westphal in Sacramento, it also includes Phil Jackson in Los Angeles (twice), Doc Rivers in Boston, and George Karl in Denver. Meanwhile, the first-time coach sample includes Popovich and Erik Spoelstra, but it also contains such luminaries as Marc Iavaroni in Memphis, Leonard Hamilton in Washington, and a series of catastrophes in Denver (Bill Hanzlik, Mike D’Antoni, Dan Issel, and Jeff Bzdelik combined for a 182-332 record from 1997 to 2004). The sample evens out.

What we see overall is that it doesn’t make much of a difference whether you hire an experienced NBA head coach experienced with experience, or a nobody from nowhere who’s never coached nobody to nothing. In fact, the evidence points to hiring a first-timer as the better long-term move.

Teams seem to be taking notice of this over the last few years. Since 2011, 11 of the 20 available head coaching jobs have been filled by retreads, while nine have been filled by first-time coaches, including four of six so far in 2013 — slowly edging the league back toward the 50-50 ratio it had during the 1996–2001 period.

With four jobs still up for grabs, those potentially in the mix include hotshot assistants David Fizdale, Brian Shaw, and Dave Joerger; college coaches like Fred Hoiberg and Tom Izzo; and even international coaches such as Ettorre Messina and David Blatt. We could very well see the balance nudged in the opposite direction for the first time in a very, very long time.