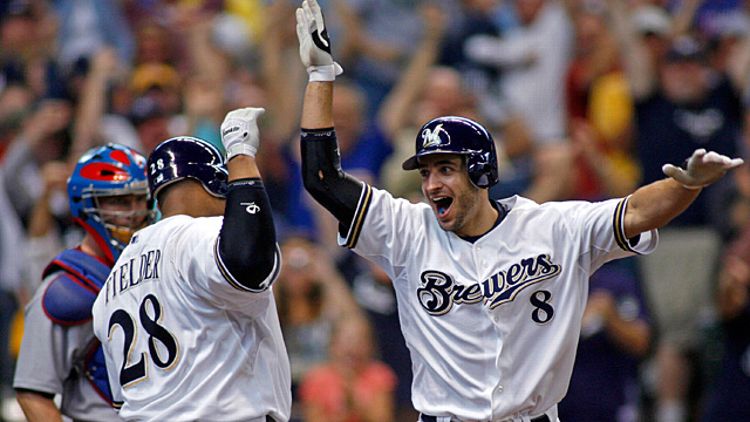 On Monday afternoon news broke that Ryan Braun was accepting a suspension from Major League Baseball and will miss the rest of the season. It’s the sort of news that doubles as a tornado siren for 1,000 different sportswriters jumping out with various hot takes, and now we’re all talking about PEDs again.

This was the hottest take, I think:

Wow PEDs are quite the topic, lots of Qs 1 tweet will clear it up,yes #Iliftbro @MLB some action>none, I am LIFETIME drug free #playitclean

As for the news itself, I haven’t cared about baseball since I was 13 years old. As someone who’s not invested in the least, all I see is a sport that’s been engulfed in this stupid crap for more than a decade. It seems like the only time baseball enters the larger sports conversation is when something like this happens.

That’s partly because baseball’s done a terrible job marketing the game and its stars to the Internet generation, and also because like 80 percent of the stars it does have are all suspected of using PEDs. In that way, baseball offers a good lesson to other sports.

The Braun news comes the same week the NFL is apparently nearing an agreement with players to conduct HGH testing, and likewise, there’s a constant hum of basketball writers asking for a blood-testing program in the NBA. Eventually, both these leagues will have to do something. So here’s hoping these inevitable enforcement programs totally suck. Let’s hope they half-ass the testing big time, give stars advanced warning of all the tests, and generally just exist as a superficial “answer” to point to when someone asks what these sports are doing to clean up PED usage. (I swear this isn’t a #HotSportsTake. Just hear me out.)

We could drag the two biggest sports in America into a world of urine samples and arbitration and lame apologies, but there are two reasons this is a bad idea. First, because it’s ultimately just going to undermine the credibility of the sport when you start having the biggest superstars testing positive for PEDs. Sure, nobody cares when some middle linebacker tests positive for PEDs, but what if it’s a guy like Peyton Manning or Adrian Peterson testing positive for HGH while they rehab an injury? It wouldn’t take more than a few big names in the NFL before fans begin to distrust anyone who does anything impressive. The same is true with the NBA. Catch one or two superstars doing HGH, and suddenly anyone who’s not 185 pounds becomes a suspect.

That hints at the bigger problem. There are always some exotic substance that doesn’t show up, guys who take ridiculous supplements between testing cycles, or people trying new, unfair treatments that aren’t even illegal yet. It doesn’t matter how aggressive and invasive you get. No testing program will ever catch everyone and every psychotic new therapy that emerges.

Fans understand this as well as anyone. That’s why, once you start catching a small group of stars and get people talking about PEDs, it taints everyone else by default.

Look at baseball. Braun got caught so he’s a horrible cheater, but as an uneducated outsider, I sorta assume Chris Davis is taking something, too. Obviously that’s completely unfair and it gets us nowhere, but that’s where baseball has been for the past 10 years. Once you make PEDs the center of conversation in any sport, it’s all people can think about.

It doesn’t have to be this way. Especially since effectively policing any/all advantages is impossible, sports leagues don’t have to “prove” how concerned they are by testing everyone’s blood every day and making examples out of superstars.

As fans, we’re smart enough to understand that players have 10,000 more advantages in training today, legal and otherwise. It’s not like I think Peterson’s ACL comeback makes him better than Gale Sayers because Sayers never recovered from the same injury. We can understand today’s athletes through a different lens.

Probably the most damning thing you can say about the war against PEDs is that if other leagues want to get seriously aggressive about all this, it’ll make every major sport as awful as the NCAA — rampantly hypocritical, perpetually paranoid, coercing testimony from shady middlemen, and maybe breaking the law. And still losing the battle.

That’s baseball right now. Do the NFL and NBA really want to go there next? 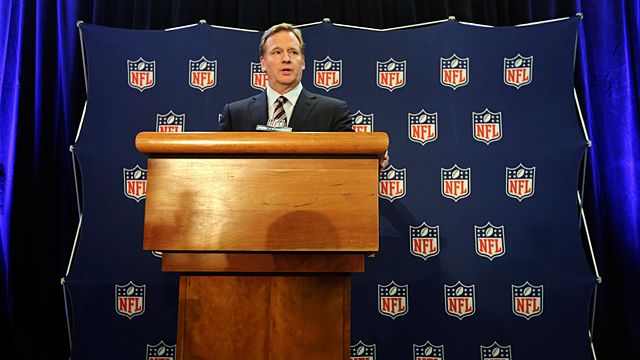 If baseball’s ongoing carnival of stupidity isn’t enough to convince you that this war is not a good idea for everyone else, remember that Roger Goodell’s been pushing for an aggressive HGH program for years now. That should be your second clue that it’s all completely pointless. “It’s the right thing to do for the game,” Goodell said, “and it’s the right message for all of our fans, and young people who play sports.”

But what if it’s not actually the right thing for the game? I mean, sure, you should have some basic testing, but if the goal is to actually rid the sport of any and all PEDs, the testing and prosecution is going to have to be every bit as overzealous and ridiculous as baseball’s been with Braun. And at that point, you start distracting from what’s fun about the sport. When you’re ruining superstars who get caught and making fans suspicious of anyone who doesn’t, you’re doing more harm than good.

The biggest problem with PEDs in pro sports is that effective testing hurts the game more than PEDs ever could. Nobody can say it out loud, though, because everyone turns into Goodell with this stuff, obsessed with sending the right message to “young people.” They feel like something has to be done to clean up HGH and deer antlers and whatever else is out there. For the young people.

Well, as a young person who’s grown up in the PED generation and seen baseball get dragged into a well filled with rampant suspicion and 1,000 terrible columns about integrity, all I can say is I’ve accepted I’ll never know for sure who’s clean in any sport, and I don’t really care. The conversation surrounding PEDs is a million times dumber and more juvenile than actual sports, and trying to fight this battle ends up being a net negative for everyone involved. Everybody just relax. Focus on actual sports instead of sports science, and hope that other answers become clearer down the line. For now, the solution for sports like the NBA and NFL is to test people as superficially as possible — so that you have to be aggressively cheating to get caught — and otherwise do nothing.

Maybe that’s not the right message to send fans and young people, but if you really can’t stand the idea of people winning at any cost and jeopardizing their long-term health for money, why are you watching sports in the first place?