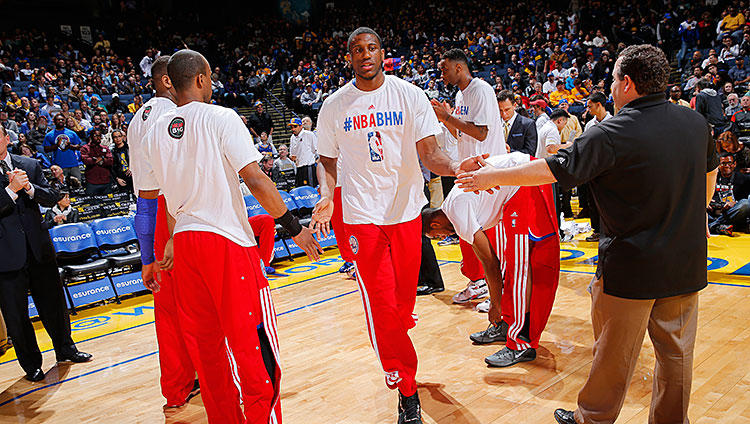 The most pious of characters from Dana Carvey’s brilliant Saturday Night Live menagerie was Enid Strict, better known as the Church Lady. In any given “Church Chat” skit, the condescending and morally imperious Bible-thumper would skewer guests for their misdeeds, inevitably dropping a catchphrase that pinpointed the festering source of all sinfulness: “Could it be … Satan?”

When it comes to every maneuver made by the Philadelphia 76ers and general manager Sam Hinkie, the question is always, “Could it be … tanking?” And to the majority of NBA pundits, the answer is always, “Yes, of course.”

The latest Sixers-related imbroglio to enrage the Arbiters of Basketball Integrity was the weekend’s trade of Thaddeus Young, who was subsumed into the blockbuster deal that sent Kevin Love to the Cleveland Cavaliers. Specifically, the 26-year-old forward was sent to the Minnesota Timberwolves in exchange for a future first-round pick and two dudes generally perceived as spare parts, Alexey Shved and Luc Mbah a Moute. With all those circulating rumors that Philly would get back Anthony Bennett, the sluggish top pick from the 2013 draft who is now on the Wolves, the actual haul was regarded by many as a stained ottoman dragged away from a yard sale.

After spending two lottery picks on injured/Euro-stashed players and twiddling his thumbs atop a pile of cash during free agency, Hinkie has shipped out the team’s leading scorer in exchange for another future asset (as opposed to oxygen-breathing creatures who could help the team win games next season). Philly endures an ignominious 26-game losing streak, and here comes Hinkie, that incorrigible pencil-pushing tanker, trying to make the team even worse. Scandalous!

As last year’s losses piled up, and other Sixers veterans were sent packing, Young emerged as one of the league’s most sympathetic players. He was a victim of circumstance, an underappreciated professional who was forced to toil atop a jangling merry-go-round of rookies, reclamation projects, and D-Leaguers. Amid such wreckage, Young set career highs in points (17.9 per game), assists, steals, and minutes played. On those evenings when the Sixers were down 25 in the third quarter, he dove for loose balls and busted out on fruitless fast breaks that usually concluded with Tony Wroten firing a no-look pass into the sixth row. Young deserved better, I guess.

And over seven seasons, Young developed into a good player. Not a great one. At his best, he zipped past slower big men for easy buckets in transition, turned garbage into gold (to quote the Philly announcers) with nifty footwork and a truncated release in the paint, and hustled doggedly as a team defender.

In an era when power forwards have been divided into rim-protecting stalwarts and floor-spacing stretch 4s, Young is an anachronistic tweener who does neither very well. He chucked up nearly four 3-pointers per game last season — after attempting only 34 in the previous three seasons combined — but barely cracked 30 percent. On the other side of the ball, he gets bullied in the post by stronger forwards and is weak on the defensive boards.

The idea of Young “replacing” Love in Minnesota is baffling, as their respective skill sets barely overlap. Still, he offers some frontline diversification, alongside glacial strongman Nikola Pekovic, and will be an excellent fit in an up-tempo Wolves attack that was fourth in the NBA in pace last season. The team’s hopes of competing for a playoff spot in the Western Conference jungle seem like malarial fever dreams without Love. But Young, Ricky Rubio, Andrew Wiggins, and Zach LaVine should at least be enjoyably phantasmagoric in transition.

Back in Philly, Young’s departure strips away the last core piece of the Doug Collins era and creates another void in a team Swiss cheesy with unknowns. Maybe Nerlens Noel will start at power forward now. Maybe Henry Sims. Maybe Mbah a Moute. Or someone. It’s not clear who the starting shooting guard will be either, so Philly hardly seems tormented by these existential quandaries.

For the Sixers, trading Young was both necessary and predictable. He has an early termination option in his contract for next offseason, and was all but certain to exercise it, with Noel and rising Twitter honey Joel Embiid locked in as the frontcourt of the future. It’s also worth noting that Embiid was discovered at Mbah a Moute’s basketball camp in Cameroon.

On paper, Young’s absence will make a terrible Sixers team even worse. There are already some folks musing that Philadelphia could challenge the all-time record for futility. But considering he led a 19-63 team in minutes, field goal attempts, and points in an overextended role, Thad was part of the ineffectiveness, not an exception to it. In truth, the development of young players like Michael Carter-Williams, Hollis Thompson, and Noel will push the needle more in either direction than Thad’s exit will.

As long as the Sixers’ management remains ambivalent about winning games, hot take specialists will continue to howl about the imaginary scourge of tanking and the dire need to overhaul the lottery with Byzantine roulette wheels. In the meantime, Hinkie can amass his assets and smugly respond to volleys of criticism with his best Church Lady impression: Isn’t that special?