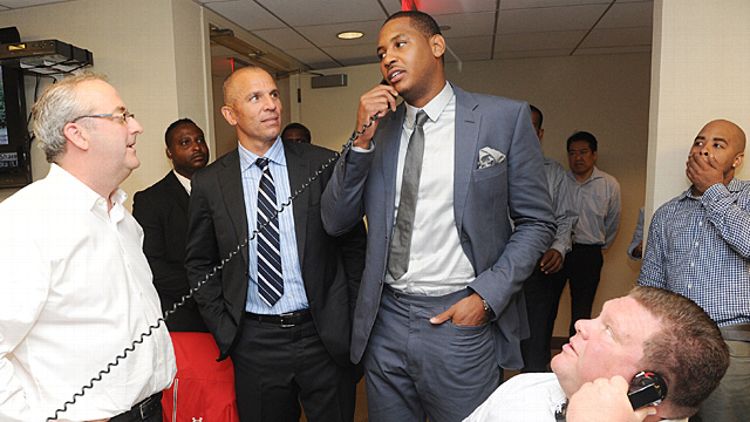 Carmelo Anthony is a human with a cell phone so I sent him some text messages.

Me: OK sure but that’s easy to say. I told my first real girlfriend that I loved her so much but then I tried to get every other girl I ever saw during that time to show me her boobs.
Me: is it money?
Carmelo: I can always use more
Me: don’t you make like 20 million a year or whatever
Carmelo: 23 next year
Me: dude. Unreal.
Carmelo: ?? why?
Me: OK, so let’s say you play all the minutes of 82 games.
Carmelo: I definitely don’t do that.
Me: I know. but let’s pretend you do. That would mean you literally make right about $350,000 for every hour of professional basketball that you play.
Carmelo: yeah
Me: YEAH? You write back “yeah”?
Carmelo: yeah
Me: do you know how much I make an hour? 24
Carmelo: 24 thousand an hour isn’t terrible. It isn’t great but it isn’t terrible.
Me: bro. no. 24. JUST 24. I make $24 an hour.
Me: $24/hour
Me: twenty four
Me: TWENTY FOUR, CARMELO
Me: that’s two dozen one-dollar bills
Me: did you even know they make one-dollar bills?
Carmelo: I actually did OK
Me: you saw one once?
Carmelo: yes
Me: where?
Carmelo: a homeless man outside the stadium had a fistful of them. I asked my manager what they were. My other manager was like, “they’re dollars.” I thought they were special hobo dollars, like from the government or obama
Me: … I gotta go, bro