Songs for a Blue Warriors Fan 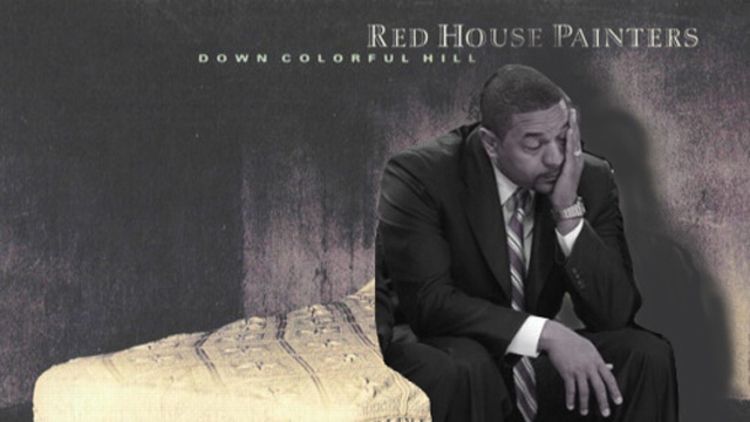 There will be no shortage of commentary on the devastating, nay, soul-decimating loss suffered by the Golden State Warriors last night. And rightfully so, seeing how it was so epic that even our typically stoic Bill Barnwell tried to find understanding in a proverbial car crash by suggesting that Warriors fans might find some solace in the music of dearly departed emo gods Thursday. His heart’s in the right place: You should listen to Thursday if you are not currently listening to Thursday. That said, their music rarely traffics in straight-up depression or cataclysmic emotional defeats. To really capture what the Warriors faithful went through last night, you need to look no further than the Bay Area.

Over the past two decades, Mark Kozelek — known to many as front man of Red House Painters and his newer band, Sun Kil Moon, as well as a solo artist — has created some of the most beautiful and profoundly depressing music. It’s the sort of thing you might reach for if you’re the type who thinks the first Bon Iver album is some weak-ass make-out music for college freshmen. I don’t know if Kozelek is a Warriors fan; he was born in Massillon, Ohio, and I don’t really know if he’s a fan of anything besides cats, boxing, and nylon-stringed guitars. That said, many of his songs seem to tap into the frustrations, pain, and unique sense of fleeting hope that afflict those who emotionally invest in Golden State.

This isn’t a list of the most depressing Mark Kozelek songs — you could pick five at random and end up with equally demoralizing results. This five-song sampler is more in the interest of abetting the healing process, songs that speak to the unique experience of loving a Golden State Warriors team that so rarely loves back. Besides, we had to keep things short since our lawyers have informed us that offering more than an hour of Kozelek’s music opens us up to some serious tort liability.

One of Kozelek’s favorite muses is the beautifully doomed, which is about right for the current moment, no? I’d say out of all the 13.5-minute songs about a dysfunctional relationship with a mentally ill person who repeatedly cheats on you, this is among the most depressing. In fact, YouTube allows only eight and a half minutes of it, because it’s incredibly arbitrary in terms of when it wants to be civic-minded about its users’ health.

2012’s Among the Leaves is an absolute master class in exhibiting the insecurities of aging men. Here, Kozelek’s narrator just so happens to be a veteran troubadour who tolerates a younger conquest’s mediocre music in order to sleep with her, and then just shrugs it off when she finds herself ignored by the public in favor of even younger, more-press friendly artists. And yet … just look at that damn title; you don’t think that’s how Spurs fans see this entire series?

“What Happened to My Brother?” (Mark Kozelek & Jimmy LaValle, Perils From the Sea)

This is from Kozelek’s most recent LP, a collaborative work with wimp-tronica maven Album Leaf that’s considered one of his “lighter works.” Subjects of these very long story-songs include him letting an illegal immigrant who worked on his house rot in a Tijuana jail after he gets busted for pot possession, murdering his estranged girlfriend and her love in cold blood, and hoping his sister has recovered from a tough divorce. And then there’s this, where the narrator watches his brother, a once-robust, shining example of a man, waste away with horrifying finality, not unlike the Warriors’ fourth-quarter lead.

“Have You Forgotten” (Red House Painters, Songs for a Blue Guitar)

This is one of the most emotionally rich songs from Red House Painters’ finest album and generally points out how the inexorable march of time inevitably makes us forget the idealistic and generous worldview we had as children. The chorus: “Have you forgotten how to love yourself?” And sometimes, loving yourself means forgiving the faults and flaws of others. Somehow, I feel this serves as a stern lecture to Golden State fans who will somehow blame it on themselves when Stephen Curry’s ankles turn to chalk.

This is actually one of Red House Painters’ funny songs, in that the narrator asks for God to kill his girlfriend, his best friend Sam (they were making eyes again), and his family and neighbors (because they doubt his direction) before sending him off to Japan, sedated on Tylenol. It’s obviously being played for laughs and yet stings because lord knows how many Warriors fans let the results of 10 millionaires chasing a ball around dictate a death-threat wish list.

So yeah, the message from Mark Kozelek to you is “Lighten up.”

So, Matt Kemp Is Awesome