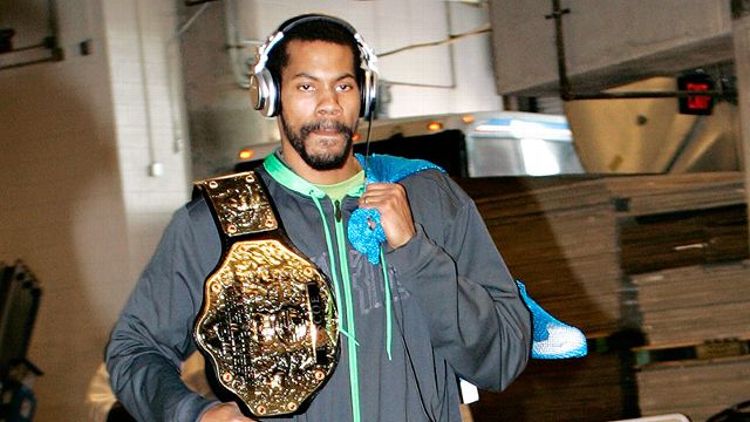 We couldn’t find a good picture of Rasheed Wallace as an assistant coach, so the picture above is just a reminder that when the Pistons won their title, Rasheed made championship belts for everyone and then brought his to every single playoff game the next year. Greatest player of all time.

Now he’s retired and coaching for America’s Team, but the legend lives on.

Here he is this week, dunking in practice.

Rasheed may not play in the NBA anymore, but I think these videos are proof that he would be the most entertaining old-man pickup player of all time. Also, it’s additional proof that the Pistons are the greatest team in the NBA. We’ll talk more about Detroit soon, but for now it’s Friday before a holiday so we’re keeping things light.

Go get two technicals in 30 seconds.

And listen to Sheed talk to J.B. Smoove about his high school job at a nursing home.

Is this the beginning of a new series called Sheed Fridays? Let’s hope so. Go Pistons. Go America. Sheed for president of the universe.

(h/t to Imran Ahmad for the J.B. Smoove heads-up.)