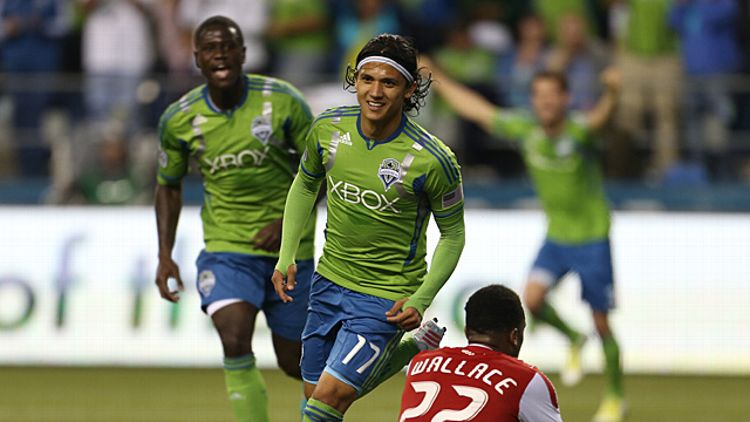 The Seattle Sounders boast Major League Soccer’s strongest fan base, with an average of more than 43,000 packing into CenturyLink Field for the team’s home games. Soon, they might have one of the strongest analytical units as well.

Over the past few years, data and statistics have played an increasingly prominent role in soccer. During the 2012 MLS All-Star Game, Adidas debuted the miCoach system, data trackers embedded in uniforms that allowed coaches (and fans) to track players in real time. GPS monitors, heat maps, and other location-based data-collection devices are available to clubs. The league partnered with Opta, a company that collects and displays additional facts about performance, ranging from miles run to sprints completed.

Since joining the Sounders in 2009, head fitness coach Dave Tenney has slowly been building up a sports science unit, attempting to make sense of it all.

“As time has gone on, I think we’ve done a pretty good job of it, but the sports science pretty much consisted of me, my laptop, an Excel spreadsheet, and an external hard drive. Now, we have match analysis data and more in-match data as well. It reached a point where exponentially we are getting more data, and we have more questions. We have outgrown the system we had in place because of the amount of data that we are collecting on a daily and weekly basis.”

The former Microsoft engineer, who worked on A/B testing at Bing, runs Analyse Football, a site “all about analysing and visualizing soccer/football/fútbol data,” where he writes long, elaborate, articulate posts titled “Visualizing momentum shifts in Bolton vs. Man City” and “The impact of Santi Cazorla.” He was the solution to helping Tenney parse all the data on another level.

“Where I step in is to mix and help the coaching staff mix and sort this data so they can use it in their decision making,” Ramineni says. “The data has been collected, but coaches need it in a way where they can visualize it better or have the statistical analysis done.”

Tenney expands on the duties of the Sounders’ newest employee: “Once you have over a certain threshold of data, you have to start building some models that give you an outlook on the probability of things happening, whether that’s performance, a potential injury, or something else. In isolation, the pieces of technology only have so much use. It’s how you build this complete profile of how a player does in training and in games that gives you the best power to predict what that player will do in a weekend and what they will do over X number of games.”

The Sounders are not the only MLS team attempting to capitalize on analytics. There are at least three other clubs with statisticians like Ramineni on the payroll, including Tenney’s old employer, Sporting Kansas City. What sets Seattle apart is the approach they take to their data.

“The unique thing with the Sounders is that we are driving this from the sports science side of things,” Ramineni says. “This comes from the technical and physical side, not from the tactical side. It’s about heart rate and the number of sprints someone did. I don’t know how many teams are actually trying to do them together, but what we want to do is put all the data that’s been collected together in an orderly fashion.”

The outfit in Seattle is small and in the beginning stages of harnessing the data. Some MLS clubs are undoubtedly ahead of the Sounders crew. Clubs in the English Premier League certainly are. In August, Manchester City released its entire data file to the general public. Some EPL staffs can predict the likelihood of muscle injuries occurring if a player doesn’t get rest.

“We’re not quite there yet,” Ramineni says. “But that’s a general direction that we want to go.”

If he and Tenney succeed, they could help bring the MLS team to a place the organization and its passionate fans desperately want to go: their first MLS Cup.