Instant Firings, Wormholes, and Crowd-Sourced Play Calling: What Other Tricks Do the Kings Have Up Their Sleeve? 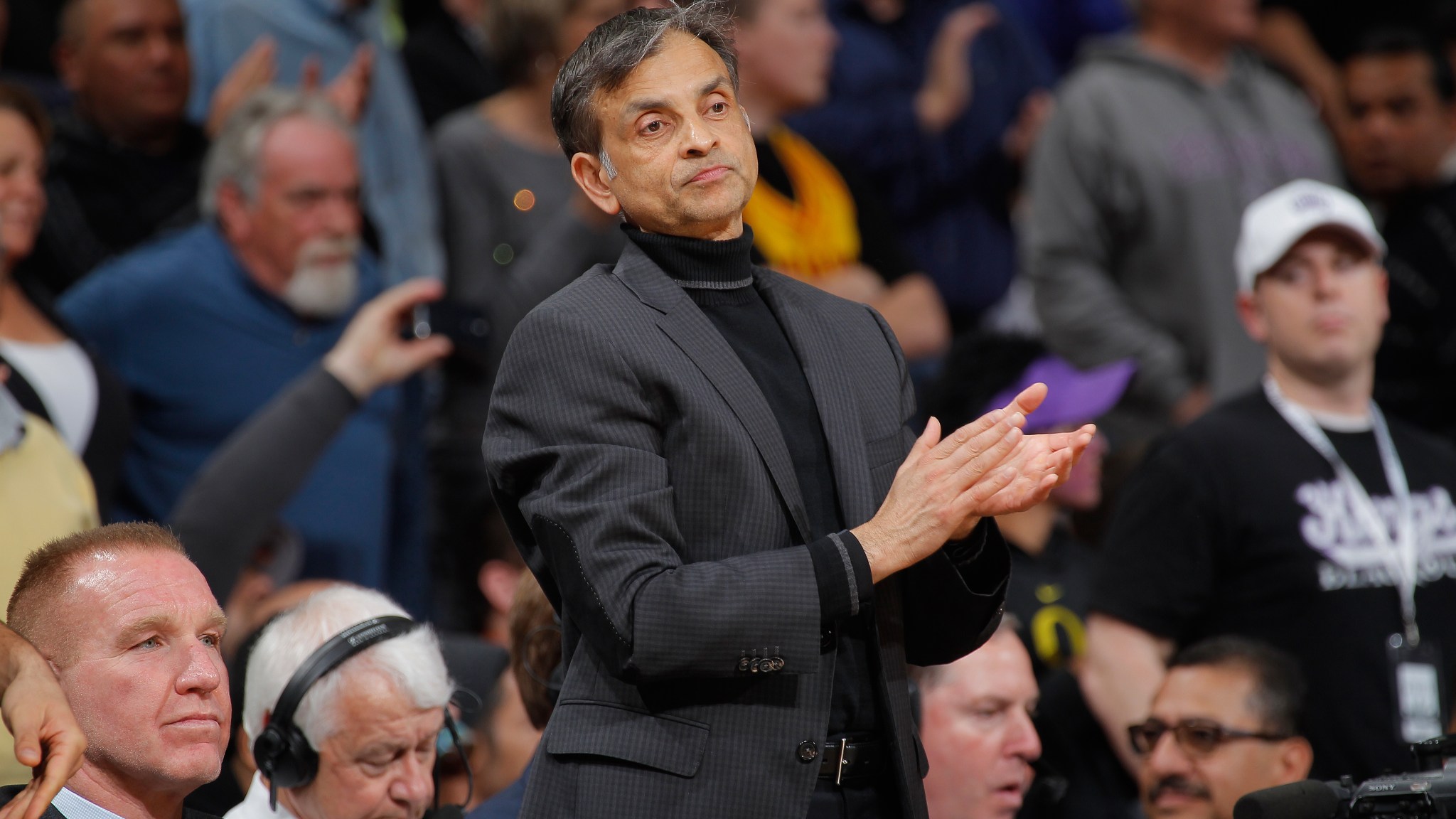 If one thing is clear about Vivek Ranadivé — billionaire business leader, (former) CEO, Silicon Valley fountainhead, engineer, philanthropist, and lead disruptor in the NBA ownership space — it’s that he is not one to sit still and just let things happen. He’s going to be out on the bleeding edge, vertically integrating front-office work flow by leveraging emerging strategies like crowd-sourced draft analytics,1 and leaning in on undervalued players in the “this dude takes terrible shots sphere,” all while positioning himself as a leader in fifth-grade basketball tactics platforms and firing his coach at 1:30 a.m., because his best player got viral meningitis, causing the team to lose seven of nine games while facing one of the toughest schedules in the league.

Many people, myself included, were surprised when the Sacramento Kings cashiered Mike Malone in the middle of the night, a mere 24 games into the season, after a 9-6 start and with the team showing obvious improvement on both sides of ball. But now, looking back on Ranadivé’s career philosophies, I’m surprised he didn’t do it sooner.

Ranadivé rose to prominence by championing real-time data analysis. He built his fortune, via his companies Teknekron and later TIBCO,2 by creating technologies that allowed corporations to process and act on information, like stock prices, as that information actually developed. His entire professional life has been a cri de coeur against waiting around.

“You know, when you get on a plane and your bag doesn’t, they actually know right away that it’s not there,” Ranadivé told The New Yorker’s Malcolm Gladwell in 2009, about work that his company was doing with the airline industry. “But no one tells you, and a big part of that is that they don’t have all their information in one place. There are passenger systems that know where the passenger is. There are aircraft and maintenance systems that track where the plane is and what kind of shape it’s in. Then, there are baggage systems and ticketing systems — and they’re all separate. So you land, you wait at the baggage terminal, and it doesn’t show up. What we can do is send you a text message the moment we know your bag didn’t make it, telling you we’ll ship it to your house.”

DeMarcus Cousins getting viral meningitis was simply an inflection point, the perfect opportunity to break with a coach whose basketball philosophies weren’t simpatico with Ranadivé’s own or his GM’s. The only thing was, Mike Malone was somewhat annoyingly, like, doing a good job and stuff.

So, knowing what we know now about Ranadivé’s fetish for real-time action, his desire to take the basketball strategies he used as the coach of a team of 12-year-old girls and apply those lessons to the NBA, and his constant drive to innovate, what other breakthroughs can we expect from him in the future? What does NBA 3.03 look like?

Let us gaze into the Black Mirror.

Coaching Staff With a Working Knowledge of Viral Meningitis 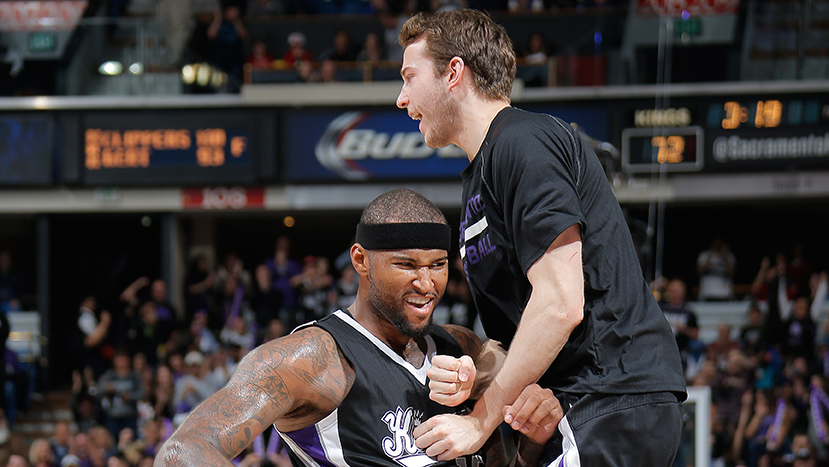 The more you think about it, the more it becomes clear that Malone’s biggest flaw — aside from not playing up-tempo, refusing to coach cherry-picking, and his understanding that Josh Smith, plus Rudy Gay and DeMarcus Cousins, was a terrible idea — was not stressing regular hand washing. Has there ever been an NBA coach who was also a medical doctor or virologist? I’m sure Ranadivé would like to be able to say the Kings were the first.

Firing Mike Malone at 1:30 a.m. on Monday,4 a little more than 24 hours after the Kings’ Saturday-night home loss to the struggling Pistons, was fast. But there’s no way Ranadivé considers that turnaround sufficiently real-time. We’re talking about a guy who wrote a book called The Two-Second Advantage, about the value of having information, and acting on it, before anyone else can. “Having information a little bit beforehand … it turns out to be a lot more valuable than all the information in the world six months after something has already happened.” I’m guessing that the full day’s delay was because last summer Malone had wisely hired Tyrone Corbin as lead assistant, thinking there was no way the Kings would fire him so long as Corbin was next in line.

But what if you could fire a coach instantly, right after he makes a bad play call? What if you could take him right off the bench as soon as you have the data that tells you he’s not the right guy, and replace him before the timeout is even over? I call it FiHireRe (pronounced “figh-high-errrrrr”) 2.0. I believe this is how Corbin will be replaced by Chris Mullin, during the second-quarter television timeout of the Kings’ game against the Rockets on Wednesday night. 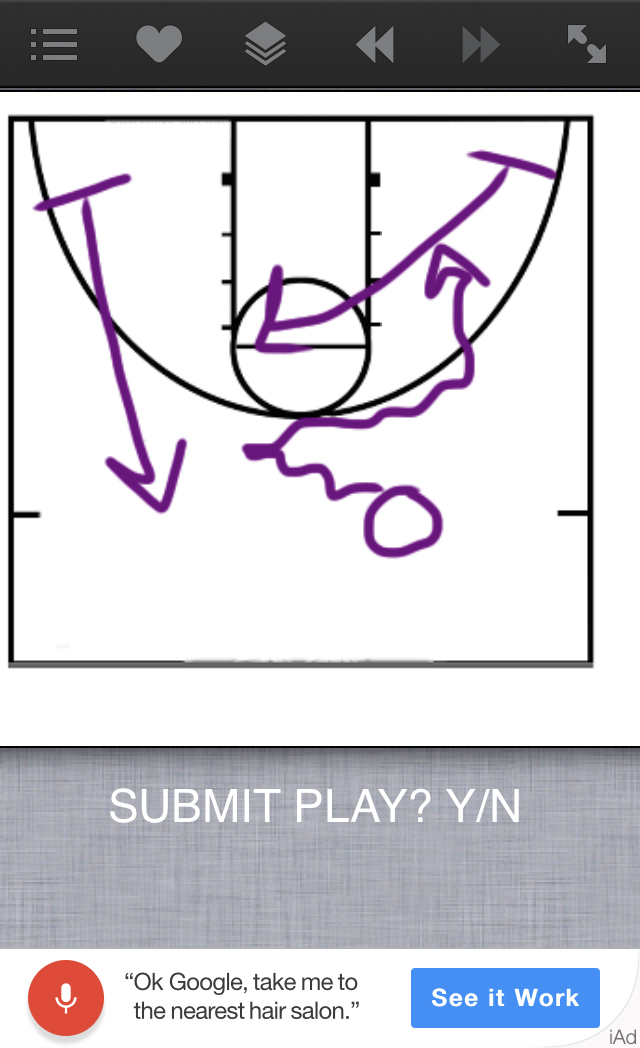 We’ve already seen Ranadivé and the Kings hand a portion of the drafting process to a bunch of randos from the Internet — a process which I think we all understand as being the future. If crowd-sourcing is good enough for the Kings’ long-term strategies, why not think about applying it to shorter timelines? For instance, consider a scenario in which the Kings might want to use FiHireRe 2.0, but don’t have an appropriate replacement in-house or otherwise willing to drop literally everything in order to coach the Kings in five minutes. That’s where crowd-sourced coaching comes in. I call it CroSoCo 1.0.

It would work like this: Ranadivé fires the coach, who is immediately escorted from the building and either placed in his car or put on a commercial flight home, depending on whether the Kings are on the road or at Sleep Train. Participating Kings fans then get a notification via the CroSoCo app, allowing them to design plays and then submit those plays to a master list of plays, which are then voted on to determine the next play the Kings will run. Eventually, the app can be updated to accept emoji as inputs.

Coaching Staff From the Future

In an interview with Jared Dubin from last March, Ranadivé gushed about his then-coach Malone, and talked about the process the led to Malone being hired before Ranadivé had even settled on a GM:

He was the 21st century kind of coach that I wanted. The style of play — we want to be like the Spurs, but exciting.5 We want to create a winning franchise that is a perennial contender, and we also want a strong defense, combined with up-tempo play. Malone is a coach’s son, and there was high demand for him. I knew that I wanted him, so I made a deal with him that once I bought a team, he would be my coach.

Ok, that obviously didn’t work out, but you have to be nimble in an NBA 3.0 environment. Clearly, we need to be thinking bigger than merely a 21st-century coach. We need to think further, we need to lean in. We need to forget about the 21st century, totally skip the 22nd century (which is nothing but constant warfare over clean water and cheap electronics), and get a coach from the 23rd century. 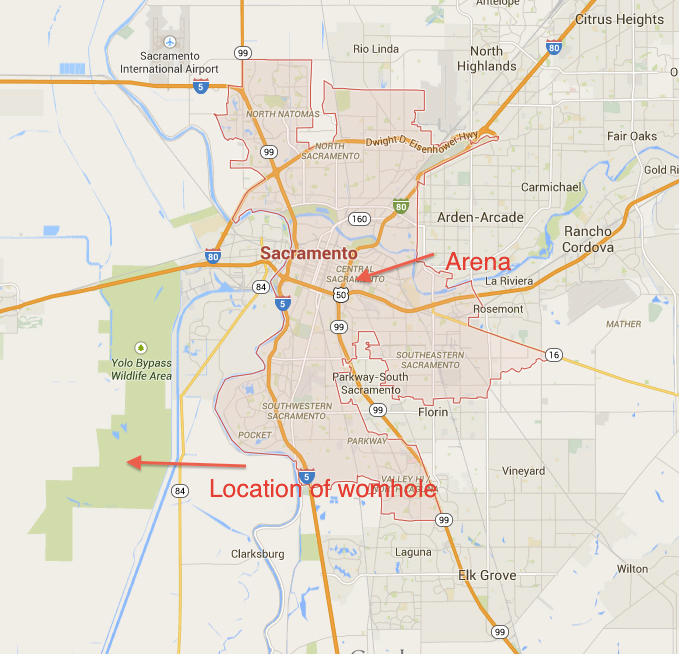 How would it work? Well, our finest scientists are still teasing out the details, but it would involve opening a small, manageable wormhole within the earth’s atmosphere, preferably a safe distance from large population centers. I think a site inside the the Yolo Bypass Wildlife Area would be ideal, what with easy access to the 84 and the 5, and nothing around but animals and trees.

The wormhole would then be used as a portal to contact the sentient AIs, which are known to roam the environmentally despoiled Earth of the 23rd century, using human beings as living petri dishes for the bacteria that the machines consume as fuel. Once a coach is fired under the FiHireRe protocol, he could then be shunted off to the future, to be used by the machines to grow bacteria. In exchange, the machines would provide the Kings with a self-aware coaching AI, which would then be put in charge of the team, provided the AI agrees to play an up-tempo style and is amenable to implementing Ranadivé’s 4-on-5 cherry-picking scheme.

Watch Andrew Hawkins Tell His Side of the Protest Story

The Year in Holy S#!t: An Oakland Meltdown and a Royal Miracle in Kansas City