Run the Jewels: The Best Nut Punches of the NBA Season 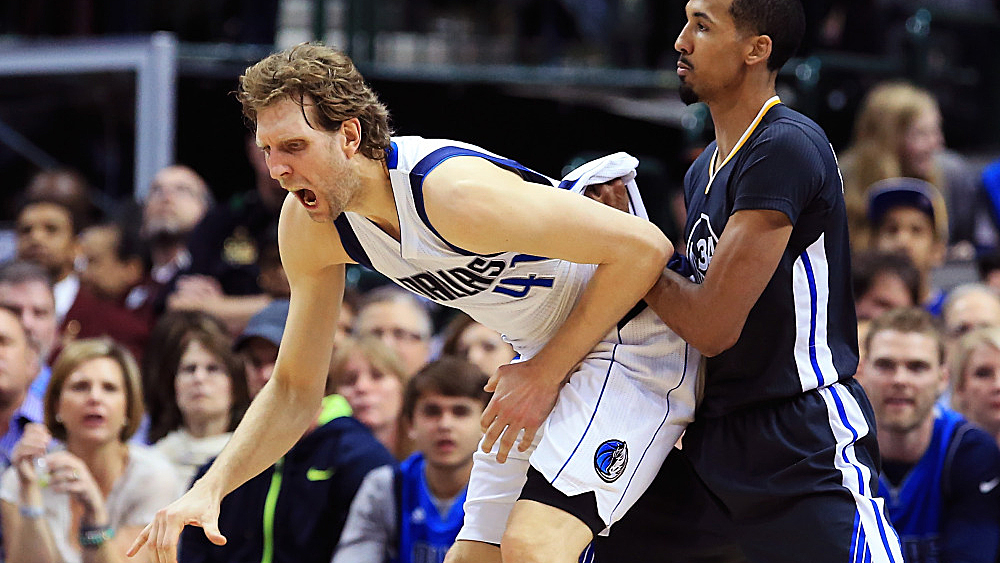 “So in war, the way is to avoid what is strong, and strike at what is weak.”

―Sun Tzu, The Art of War

“If an injury has to be done to a man it should be so severe that his vengeance need not be feared.”

[Nada and Frank are fighting because Nada wants Frank to put on the alien sunglasses. Nada, trying to get up, tries to grab Frank’s testicles.]

What a wonderful time this NBA awards season is. We have one of the closest MVP races in recent memory — perhaps the closest ever. Both Stephen Curry and James Harden are deserving candidates and significant figures in the landscape of the modern NBA. Andrew Wiggins and Nikola Mirotic have both been rookie revelations and compelling rookie of the year candidates in completely different ways. We’ll be arguing about the relative destructive abilities of Kawhi Leonard and Draymond Green for the next decade.

And for years to come, we’ll be trying to decide which of the 2014-15 NBA season’s groin strikes was the best, most pure expression of glandular thuggery. Here’s a video essay by Grantland’s Jason Gallagher to get us in the mood, so to speak.

To help me assess all of this damage, I’ve gathered four of history’s preeminent thinkers, vis-à-vis nut punching, to rate this season’s best such moments: Sun Tzu, Chinese military strategist of the sixth century BC, whose treatise on warfare forever changed the way business executives give lame speeches; diplomat and Renaissance philosopher Niccolò Machiavelli, whose name has become a byword for skullduggery such that Tupac used it as his final nom de rap, inadvertently sparking the “Tupac is alive” conspiracy theory; and Nada and Frank from John Carpenter’s 1988 sci-fi paranoia classic They Live, who traded roughly a dozen groin strikes in one of the great movie fight scenes of all time.

Jason: For me, the best display of groin violence this year. Livingston really gets up in there like he’s looking for his keys. Sayeth the Dirk, postgame, while gazing upon the ruins of his own taint: “I really enjoyed his tight grip he got. I really enjoyed that.”

Jason: I need more from you, Sun.

Sun Tzu: Oh, man. I guess: “Let your plans be dark and impenetrable as night, and when you move, fall like a thunderbolt”? That’s the best I can come up with for this one.

Machiavelli: I once advised one of the lesser Medicis that men ought either to be well treated or crushed, because they can avenge themselves of lighter injuries. I wish he would’ve done this; maybe he’d still be pope. Flagrant 1, sì?

Nada: This dude kneed my sack like six times in a row, so whatever. This is not impressive to me. Now, put these glasses on.

Frank: Livingston has had a great year, really building off the individual success he had last season in Brooklyn. His length and playmaking abilities are perfect for Golden State’s style of play. Always been a big fan. You really see that length here, the way he can stretch all the way up and under. I never thought he’d be able to put together a performance like this after he blew out his knee all those seasons ago.

Jason: Two MVP candidates at their best. We may never see this level of Hall of Fame talent involved in a single nut punch, kick, or whatever, ever again.

Sun Tzu: In the midst of chaos, there is also opportunity. Condi Rice told me that’s her favorite saying of mine.

Machiavelli: The gulf between how one should live and how one does live is so wide that a man who neglects what is actually done for what should be done learns the way to self-destruction rather than self-preservation.

Nada: I’m a big fan of what Harden has accomplished this season. Also, he is definitively not an alien, unlike Daryl Morey.

Frank: Didn’t you once say that fortune was like a woman who needed to be coerced?

Jason: Miss this guy in New York. Adam Silver should give him some kind of lifetime achievement award for surviving multiple seasons on the New York City nightlife scene without getting stabbed or having a limb broken by overzealous cops. Allegedly.

Sun Tzu: Damn, Rice folded up like my college futon. Is he an alien, Nada?

Nada: Nope. Which is strange, because Glen Sr. is.

Machiavelli: There are three classes of intellects: one which comprehends by itself; another which appreciates what others comprehend; and a third which neither comprehends by itself nor by the showing of others; the first is the most excellent, the second is good, and the third is useless. J.R. has been all three this season, which I did not think possible.

Frank: Yes, but in your day, bathing once a week was the equivalent of what brain surgery is now.

Most Likely to Result in a Flagrant Foul Somewhere Down the Line: Goran Dragic’s Probably Inadvertent Right Hook on David West

Jason: West is a known not-to-be-messed-with tough guy, so the pain level here is probably enough to paralyze a normal human.

Sun Tzu: Move swift as the wind and closely-formed as the wood. Attack like the fire and be still as the mountain. Make sure your cup fully covers your man regions.

Machiavelli: Since love and fear can hardly exist together, if we must choose between them, it is far safer to be feared than loved. Dragic should be careful driving the lane against West for the next few seasons.

Frank: One of these teams had their season derailed by injuries, and it’s not the team sucking wind because of debilitating nut pain.

Nada: Both Dragic brothers are aliens.

Jason: Smart said afterward that he’s “not a dirty player” — which, to be fair, is exactly what a dirty player would say after getting caught socking a dude in his junk.

Machiavelli: That defense alone is effectual, sure and durable which depends upon yourself and your own valour. And a strong, well-fitting cup.

Frank: If the rest of Smart’s game never catches up to his defense, he’ll still have a long career in this league as a perimeter disrupter. Needs to cut out the grimy stuff, though.

Nada: And get in the weight room, pal. Should’ve done more damage considering the windup.

Nada: Not an alien, believe it or not.

Sun Tzu: Opportunities multiply as they are seized.

Jason: CP3, one of the best to ever do it. And by “it,” I mean tapping dudes’ ball sacks from the point guard position.

Sun Tzu: There are not more than five musical notes, yet the combinations of these five give rise to more melodies than can ever be heard.

Jason: There are 12 musical notes.

Jason: There are 12 notes. That one is wrong. Anyway, what was the joke? That Kaman’s voice had gone up an octave?

Frank: The best part of this play is Big Baby flopping after the scrum and everyone just leaving him there. Alien?

Nada: One hundred percent alien. Look for yourself …

Machiavelli: They got a APB out on my thug family / Outlawz run these streets like these scandalous freaks …