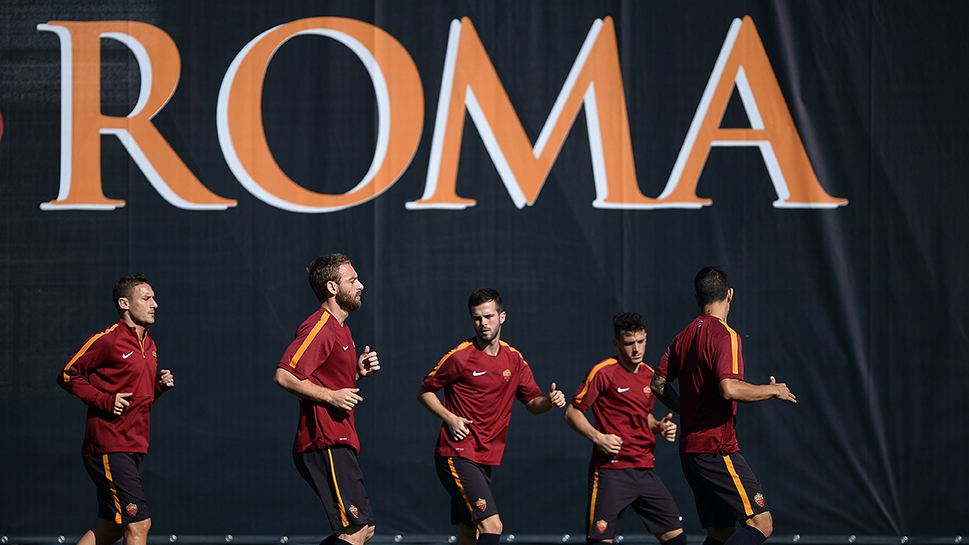 Roma are a really good soccer team. This shouldn’t be surprising. They are, after all, the biggest team in the biggest city in Italy. It’s easy to shrug and say, “Of course Roma are the second-best team in Serie A. They are Roma.” Except that, with the exception of two stretches — one in which they were managed by Fabio Capello and another under Luciano Spalletti — Roma have frequently been an average side. They have never been considered a perennial Champions League side. Yet here they are.

On a superficial level, Roma’s approach isn’t all that special. They do all the things well that you’d expect good teams to do. They shoot more than their opponents, give up fewer shots, and, in general, create better chances. Their TSR in the 2013-14 season was 59.1 percent, second in Italy only to the champions, Juventus. Roma were strong on the ball, scoring the third-most goals, while tallying the highest expected-goal total and allowing only the second-fewest goals and expected goals.

The strong performances on both sides of the ball have continued this year; they’ve won six of seven games, with their only loss coming to Juventus (a loss that contained a number of questionable decisions).

What is special is how Roma have built this team. Over the last two years, they’ve remade a mediocre squad into an elite one. They’ve done it without spending much money, without bringing in superstars, and without hiring a glitzy, headline-grabbing manager. Instead, Roma have combined a mix of youth and talented, if flawed, veterans to produce a Frankenstein’s monster of a club. The various parts sutured together shouldn’t work, but they somehow do.

Roma’s roster can be grouped into three types of players. There are the icons — Francesco Totti and Daniele De Rossi — who have been at the club a combined 35 years (and grouping them together that way probably does a disservice to the 38-year-old Totti, who has been at Roma since 1992). Then there are the talented kids, a collection of attacking players who buzz around Totti, who is no longer so mobile. Mattia Destro, Juan Iturbe, Adem Ljajic, Alessandro Florenzi, and, further back in the midfield, Miralem Pjanic are all dynamic, creative attacking forces (you might include the injured Kevin Strootman on that list, though he hasn’t played since a serious knee injury last March).

The third group is the misfits, players who were either too old, or too slow, or simply not good enough at previous clubs. When Roma walked into the Etihad and drew with Manchester City last month, four of their 10 outfield players were Premier League washouts. Full-backs Ashley Cole and Maicon were considered too old by City and Chelsea. Yanga-Mbiwa, who started at center back, wasn’t good enough at Newcastle. Now, he’s magically turned into a capable Serie A defender. And then there’s Gervinho. Gervinho was Gervinho at Arsenal. Though of course, when it comes to getting a result at the Etihad, it helps to have an ageless wonder, who — even if he can’t really move — can still do this.

At most clubs, the young stars would be at the center of the setup as the club plans to build for the future. That’s not really the case at Roma though. An integral part of the team’s growth has been a willingness to sell young and talented players and then reinvest that money in more young talent.

A large part of the reason that Roma were able to afford to buy talented youngsters like Strootman, Ljajic, Iturbe, or defender Kostas Manolas is that they have been fearless about selling other talented youngsters to keep the books balanced. They shipped Erik Lamela to Spurs after he had already averaged 0.36 goals and 0.21 assists per 90 minutes for them over 62 games. They shipped 19-year-old center back of the future Marquinhos to PSG before last season. In other words, the catalyst for Roma’s improvement was the team selling its best two young players and replacing them with players whom the rest of the world looked at like spare parts (at this point Southampton fans are nodding their heads in understanding).

The pieces fit together extremely well. Roma don’t do anything flashy, which is a reflection of their manager, Rudi Garcia. Garcia played and coached in France, most notably building Lille into a competitive side in Europe, before leaving for Italy. After the string of high-profile coaches like Claudio Ranieri, Luis Enrique, and Zdenek Zeman, Garcia has focused on simple and effective tactics, putting the right players in the right positions.

He tends to opt for a straightforward 4-3-3 system, with Totti providing much of the creativity, supported by Pjanic, who takes creative midfield duties, and a versatile box-to-box-style partner like Radja Nainggolan. The wingers attack the box from wide angles to keep the team’s spacing. Sometimes De Rossi will drop from his defensive midfield position in between the central defenders, much like every other defensive midfielder in the world these days. Maicon and Cole use the freedom that provides to get forward to good effect. They aren’t trying to ape Barcelona, like Enrique did, or going full-on bug-nuts crazy like Zeman demanded. It’s just good, fundamental soccer.

Roma are simply a very good club. They are so good, in fact, and so well constructed, it makes it easy to forget just how far they’ve come in the last two seasons. Roma are an example of how to build a team without spending your way to the top. No grand plans or projects, no systems or revolutions, just a series of good, fundamentally sound decisions, and an effective use of resources. Sometimes that’s all it takes.