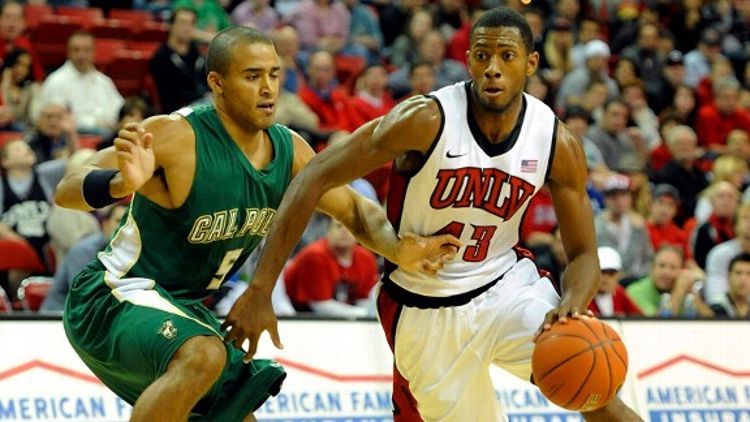 Howland: “I’m supportive of him finding a program where he will have a chance to play more minutes than we envision he will have here.”

Moser: “I feel it is necessary for me personally, to make a move somewhere else so I can play.”

Four days later, he scores 34 points and grabs 10 rebounds in a double-overtime win at UC-Santa Barbara, bringing his team’s record to 8-0 on the season.

Moser ranks as one of the most productive players in college basketball, while UCLA has stumbled to a 2-4 start, including embarrassing losses to Loyola Marymount and Middle Tennessee State.

Where did things go wrong for Howland? Was it really worth running Moser out of the program for the sake of giving Nikola Dragovic 32 minutes per game? The 6-foot-9 Serbian power forward rewarded his loyal coach by pulling down 4.4 rebounds, shooting 37 percent from the field, and getting arrested twice, as part of a disastrous 14-18 season. (In both cases, charges were either dropped or not filed.)

Things have clearly worked out for Moser.

He’s currently the no. 1 rebounding prospect in college basketball, while also ranking first amongst power forwards in steals on a per-minute basis and third in assists.

He appears to have a great deal of freedom in coach Dave Rice’s offense — being allowed to handle the ball in transition, attack slower match-ups, and pull up off the dribble from beyond the arc — things he could only dream of under Howland.

At 6-foot-8, with his long wingspan and outstanding athleticism, he’s one of the most intriguing sleeper NBA prospects to emerge early on in the season. Add in the fact that he can put the ball on the floor, pass, and step out and knock down jumpers (as evidenced by the six 3-pointers he made Wednesday night), and we might be talking about a prototypical modern-day NBA power forward.

With that said, the NBA draft is held in June, not December, and Moser is hardly a finished product. His lower body must continue to fill out, and at 21, he’s a little old for a college sophomore.

He is a questionable defender at best right now, getting backed down and giving up deep position in the paint far too easily. He’s been posted up 18 times thus far this season according to Synergy Sports Technology, and has given up points or a foul (or both) on 72 percent of those possessions.

Things don’t appear to be much better on the perimeter, as despite possessing ideal length and mobility, he struggles to get in a low stance and shows poor awareness and fundamentals staying in front of his man.

Moser shouldn’t fall in love with idea of being an Anthony Randolph-esqe small forward like he was billed as coming out high school. NBA teams are in desperate need of long, athletic power forwards who can space the floor, pass out of the high post, run the court, switch on screens and rebound at a high rate.

If he can continue to produce and help UNLV make an extended run come March, Moser will be a popular name amongst college basketball fans and NBA scouts alike.

Just don’t remind Howland about him.