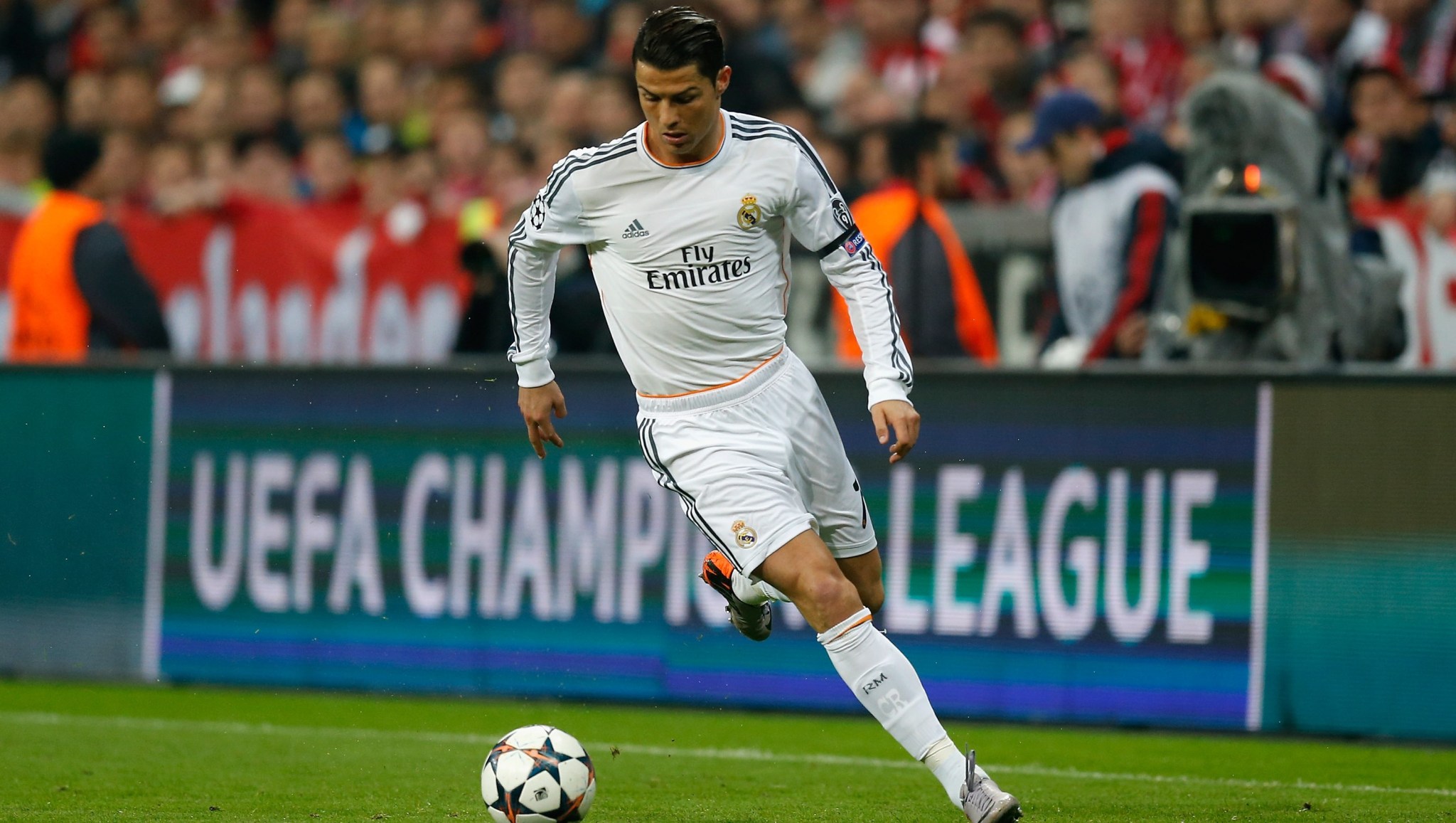 Nobody expects the Spanish Inquisition. It’s chief weapon is speed.

The three, three chief weapons of the Spanish inquisition are speed, set piece headers, Cristiano free kicks, and … and I think it’s probably time to stop the extended Monty Python metaphor. But, rest assured, I could go on and include things like how Luka Modric is developing into the evolutionary Xavi right before our eyes, or how Angel di Maria has once again been asked to change positions and roles and managed it with total aplomb.

There’s depth of talent, and youth, and balance, and identity. There are more good things going on at Real Madrid right now than there are chief weapons of Monty Python’s Spanish Inquisition.

You expect a lot of things from a matchup of Bayern Munich and Real Madrid. You expect it to be tense, close, and hard-fought. You expect it to be a clash of styles, full of enough twists and turns to provide Dan Brown–style narrative fodder for hundreds of journalists writing thousands of words about the poetry of high-level football. What you don’t expect is for the game to be effectively over after half an hour. What you don’t expect is to spend the second half dreaming up Monty Python analogies just to keep yourself entertained during a 4-0 drubbing.

That isn’t to say the game wasn’t good — it was, just not in the intense game-of-the-year kind of way everybody was expecting. It was supposed to be tense; instead it was a show. Watching Ronaldo and Gareth Bale in full flight is a thing to behold, and watching them slice through Bayern’s defense was a little like watching them hang their calling card on the world. For years Madrid has been Ronaldo’s team through and through. But against Bayern, despite Ronaldo scoring twice and coining a weird Beyoncé-esque celebration for his record 15th goal, Madrid put in a full-on team performance. In years past it felt like Cristiano Ronaldo and the Real Madrid Players, but right now, as Madrid continue to click, they seem to be Real Madrid Featuring Cristiano Ronaldo (because let’s be honest, he’s still Ronaldo).

And on the other side it’s tough to say anything about Bayern other than that the roof caved in. As soon as they gave up the first goal it meant they had to score three to advance. Sometimes everything just goes wrong. And yes, it was impossible not to think of last year’s Bayern Munich team blowing the doors off Barcelona in a similar manner (one of my German friends complained that Pep Guardiola had “pulled the teeth out of the tiger”), and sure it’s hard to ignore that the three teams remaining in this year’s Champions League are all extremely comfortable without the ball. But drawing any wider conclusions other than, gee it’s been a tough year for Barcelona (we should all have off years that involve the quarterfinals of the Champions League and being four points off first with three to play) and boy what a rough game out of Bayern, is silly. Anything more than that is just searching for story lines in a game that didn’t produce as many as expected, no different really than cooking up a half-brained Monty Python bit.

Some games don’t have wider messages; they just have a great performance.