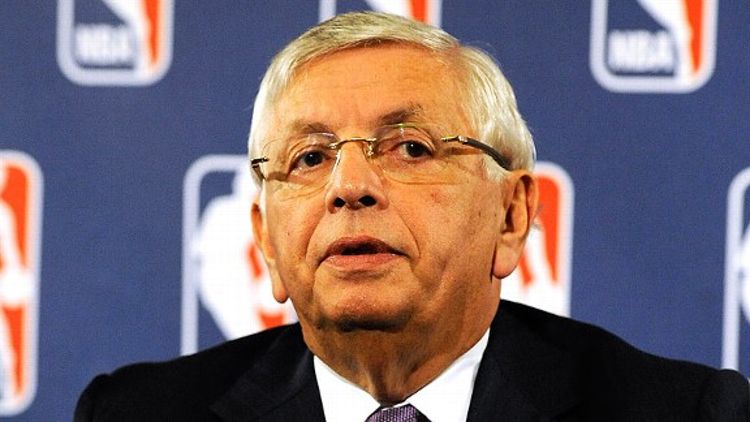 Many thanks to Friend of Grantland Dave, who e-mailed editor-in-chief Bill Simmons this week to express some NBA-related ideas and rage. Good news, Dave! We love both ideas and rage here. We’re publishing his e-mail (with minimal edits) below to share the anger. Thanks again, to Dave, who is kicking off our “reader e-mail rant” occasional feature.

I’m not going to pretend to know everything there is to know about this lockout, but after tonight I know all I need to know. Simmons why you’re not a Fan Consultant for the NBA yet I’m not sure. Your ideas always seem reasonable, impartial, and all about the game … and it’s because you’re a fan first which I appreciate and respect. So as a fan myself I came up with a few ideas of my own for the NBA, and wanna see what you guys at Grantland think …

1. Why do leagues wait until the collective bargaining agreement expires before negotiating a new one? They clearly need to start negotiating sooner (like six months sooner). Especially because unlike the rest of the damn world they’re not used to working more than SEVEN HOURS IN A F*&%ING DAY. Are you kidding me? They gave up after seven hours of negotiating? Pathetic.

2. I don’t trust Stern. If I see him smile one more time on the way into or out of a meeting I’m gonna break my 47″ TV. I’m serious. I think his motives are questionable — he’s always been about globalization, so my conspiracy theory is players going overseas for a short time is probably a good thing in his mind. Yeah he loses half a season but he builds a fan base in several countries. Suspect if you ask me …

3. If games are canceled in the future (ever), I think the current commissioner, the representatives of the players’ union, and the owners’ representatives should all be removed from their positions. And they shouldn’t be able to hold these positions for five years after that. They clearly suck at what they do and are only in it to make a name for themselves.

4. We need fan representation in these negotiations. We’re the ones spending the money, tuning in, why not ask us what we think about the split? They’re an impartial third-party with everything to gain from a deal getting done. There should be a website that presents both parties positions and lets the fans vote. It doesn’t need to be binding but it should be considered by both sides.

5. Where the hell has Cuban been during all of this? I tweeted at him a couple weeks ago to light a fire under somebody — WTF? I better not find out two months from now you’ve been spending all your time on the next season of Shark Tank.

6. Have we learned nothing from previous lockouts? Television ratings and ticket sales will decline after this (like they did in 1999-2000). Everything about the season (if it even happens) will now be diminished — the quality of play, the story lines, the playoffs, the champions. I want to know what the financial impact is of this thing. How much BRI is lost as a result of canceling these games? I hope a lot …

7. I just saw a Derrick Rose ad while writing this … fuck you Stern.

8. Stern was a B-student in History, and is a former attorney. Tell me how what about those things qualifies him as commissioner of the NBA? This is now back to back collective bargaining agreement breakdowns that resulted in games being canceled? The only thing that scares me more as a basketball fan than David Stern is his successor … Adam Silver. Guy seriously looks like he’s never made a lay-up, or even attempted one.

9. Why aren’t there third-party consultants or mediators involved? I mean each side should be able to make they’re case for their position on the revenue split, but they all just see the dollar signs and that’s it. And why can’t the money be put the 7 percent or 3 percent or whatever’s in dispute in escrow until they can come to an agreement? Or better yet, if the season is ready start, the gap that separates the parties (which I read somewhere was 3 percent or $120 million) should all go to charity. Split the baby or donate it to charity or something … and play ball.

10. I’m a litigation consultant for my job, and it makes me sick to see each side in these things get the best deal possible as opposed to a win-win resolution. No one compromises. Here’s the difference though between dispute resolution and this lockout … there’s more at play here than two greedy companies fighting over money. There’s 30 recession-ridden cities full of people who want to come home during the week and get some enjoyment out of the game they love to watch. The NBA — where amazing happens … just not until 2012.