Premier Pass & Move: City Have the Inside Track, Fulham Are Going Down, and Everton Are Going to Eastern Europe 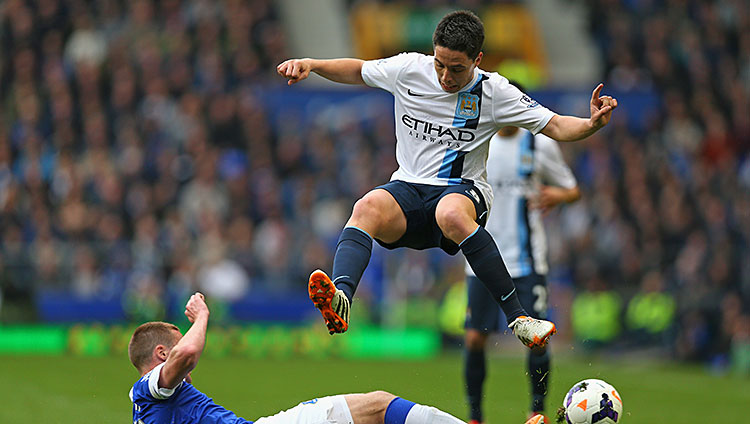 And then there were four. Four games left that mattered. This weekend, the status quo ruled throughout most of the Premier League. That meant the final nails were put in the coffins of a couple teams in the various races up and down the league, leaving only the title left to play for over the coming week. That’s four games — two for Manchester City and two for Liverpool. If City win, they win; if they don’t, then Liverpool have a shot. Simple as that. So, let’s take a look at how most of the competition met their slightly premature conclusions.

The Race for Fourth

Everton’s 3-2 loss at home against Manchester City on Saturday formally ended their Cinderella bid at fourth place, and made Arsenal’s rather humdrum 1-0 defeat of West Bromwich Albion a mere formality. More important, though, at least for comedy’s sake, it caused #BlameEverton to trend on Twitter. First, angsty Liverpool fans berated their crosstown rivals for not helping them in the title race, and then amused and annoyed Everton fans adopted the hashtag for all sorts of hilarious responses.

The Everton-City game itself was an open and entertaining affair, with wunderkind/overhyped English future hope Ross Barkley opening the scoring with this peach of a goal.

By halftime, it was already 2-1 City, thanks to Sergio Agüero and Edin Dzeko. The result never felt particularly in doubt in the second half. The most notable late occurrence was a bizarre standoff between Dzeko and referee Lee Probert. In the 79th minute, Dzeko went to ground with an apparent arm injury and stayed there waiting for medical attention. Probert was having none of it and told him to get up. Dzeko refused. What followed was a full four minutes of awkwardly standing around before Probert relented. Dzeko of course returned to the field, more or less fine, roughly 17 seconds later.

City are sitting pretty, and Everton are left to congratulate themselves on an excellent first season under Roberto Martinez, which has them assured of a place in the Europa League with one game to go.

The Race to the Bottom 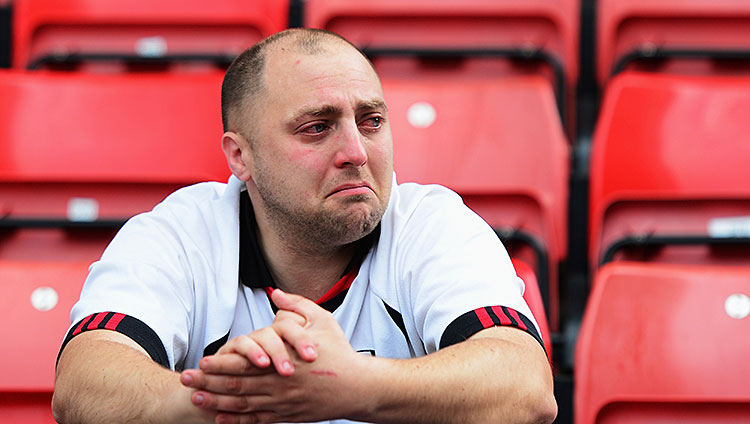 Cardiff and Fulham are officially out of the Premier League, and if their respective 3-0 and 4-1 drubbings at Newcastle and Stoke are any indication, they knew it before the matches started. Both teams were dreadful all year. It might be tempting to point to midseason meddling at Cardiff as the reason for their sharp decline in results. Owner Vincent Tan and then-manager Malky Mackay had a large and public falling-out, which ultimately led to Mackay getting the axe. But realistically, Cardiff were dreadful all season, and their early season numbers suggested that their fast start — after 10 games played, they were in 12th place — was a house of cards waiting to collapse. And collapse it did, in spectacular fashion.

Fulham were similarly bad all year. Despite having a raft of biggish, although more importantly ancient-ish, name players like Scott Parker, Darren Bent, and John Arne Riise, the Cottagers never looked remotely capable over the course of the season. That’s despite, or maybe because of, going through three separate managers and a host of different systems. That Jacksonville Jaguars–Shad Khan stink sure runs deep. One wonders how his cross-Atlantic promotional plans will go with a team residing in the championship.

That leaves one spot open. Technically. Sunderland will almost certainly finish the season safely above the drop zone, with Norwich City heading down. That’s despite Norwich heroically (read: dully) holding Chelsea to an engrossing (for fans of drying paint) and unexpected (deeply, deeply ironic for Chelsea, after all the talk about defensive football last week) 0-0 draw. Norwich have committed the double sin of being both boring and bad, and other than Canary devotees (and a host of data-viz guys who love their color palette), no one will really miss them.

So, um, maybe Ryan Giggs isn’t exactly the next coming of Pep Guardiola? Sunderland defeated 11 of Giggs’s best friends on Saturday, 1-0. United limp to the finish line looking likely to end in seventh and outside the Europa League spot, although Tim Sherwood and Tottenham are certainly trying to rectify that situation, losing for the third time this season to West Ham. West Ham!

If you were wondering who wants an all-expenses-paid trip to random parts of Eastern Europe on Thursday nights next year, the answer is no one. No one wants that, except apparently Everton. Go, Europa League!

Sunderland on the other hand, have mastered the art of playing well (or getting lucky) at exactly the right time.

For the second year in a row, Sunderland have turned around a listless season at precisely the last possible moment. It appears that, much as with comedy, the key to Sunderland’s Premier League longevity is … timing. Man, corny 50-year-old jokes don’t work well in print. 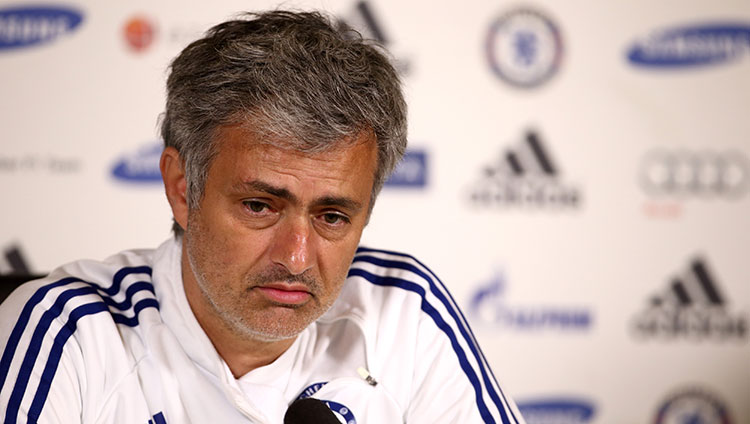 Did I mention the incredibly irony of Chelsea being unable to break down Norwich, and Jose Mourinho wondering aloud at his opponent’s defensive tactics? “We were waiting for a kind of crazy game, especially in the second half, where they would gamble everything to try for a last chance to survive, but they didn’t. Even worse — they defended much more but that’s their problem. We have not a right to criticise,” he said, criticizing.

Look, he’s not wrong. Norwich did need three points. Although one might quibble with Mourinho’s assessment that the game didn’t open up in the second half, especially after Norwich brought on Nathan Redmond in the 69th minute. Of course, Chelsea also needed three points to keep even their faintest mathematical title hopes alive, and Eden Hazard started on the bench, with Oscar left out of the squad entirely. Mourinho also killed his own team for wasting the first half before making a double halftime substitution. So, maybe that’s on him a little bit.

But in a week when Chelsea really didn’t matter, after a dull game of virtually no importance, I’m talking about Jose Mourinho again. The man always wins. Even when he doesn’t.

With one week left, everything’s been decided, except for the biggest thing. Liverpool travel to Crystal Palace and then host Newcastle; Manchester City host Aston Villa and then West Ham. One week, four games, and then we’ll find out who let this slip.

How Russell Westbrook and Blake Griffin Will Define Clips-Thunder