Stranded in Sixth: Have Tottenham Made Any Progress in Mauricio Pochettino’s First Season? 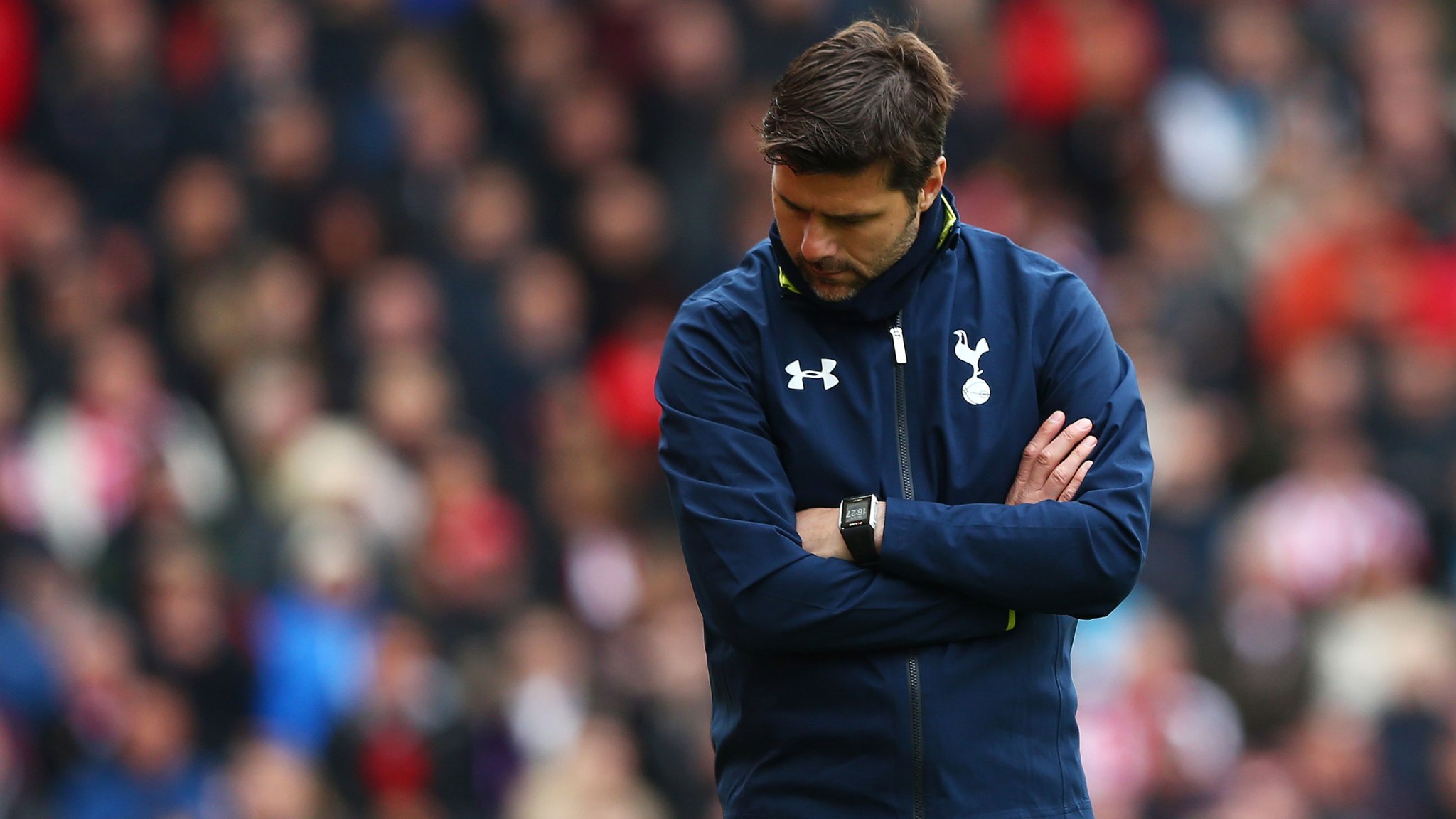 It’s been a weird year for Tottenham Hotspur. With only a trip to Goodison Park left on the schedule, they’re firmly ensconced in the purgatory of the Europa League qualification spots: a point behind fifth-place Liverpool and one ahead of seventh-place Southampton. Since losing to Chelsea in the finals of the League Cup and getting knocked out of the Europa League by Fiorentina in the space of a week as the calendar turned from February to March, it’s all been relatively “meh” for Spurs. They’ve played well enough to avoid a tumble down the table, but never threatened to become a viable contender for the Champions League spots. So as Mauricio Pochettino finishes his first season on the sideline for the club, it seems like a good time to ask whether Spurs are headed in the right direction.

There’s nothing inherently wrong with sixth place for Spurs. It’s the position in the table you’d expect a team with their financial resources to inhabit. It’s also where they finished last season. That reality is a fairly bitter pill to swallow, though, when you consider that before last season the team ended a run of four years in which they finished fourth twice and fifth twice. Those runs, of course, were due in no small part to Luka Modric and Gareth Bale, who both now ply their trade at Real Madrid. It also helped that the rise of those Spurs stars coincided with Liverpool’s wander in the mismanagement desert, leaving Spurs with one less competitor to overcome. So, sixth place, even sixth place for two years in a row, isn’t the end of the world if that’s where Spurs reside as they build a team to challenge going forward. The question is: Are they actually building anything?

Let’s start with the positives. Well, the positive. The really, really huge, breakout-star positive. Harry Kane is a superstar. He’s third in the league in non-penalty goals, behind only Sergio Agüero and Diego Costa.1 Of players who have played more than 1,000 minutes, he’s scoring at the fifth-fastest rate, with 0.60 goals per 90 minutes. He’s sixth in shots per 90, fifth in shots on target per 90, and, in other words, he’s the real deal. Of course, that doesn’t mean he hasn’t also benefited from the ball bouncing his way at times: He’s “only” seventh in expected goals per game per 90 minutes. But Kane is also just 21 years old — and he already did this to Chelsea:

Generally, the rise of Kane is emblematic of two things happening at Tottenham. First, the attack, which seems to be working better that it has in a while. In Bale’s final season with the club, the team’s offensive approach became, simply, “Get it to the Welshman.” And once Bale left, Spurs were bereft of scoring ideas. Then managed by André Villas-Boas, the team struggled to generate a cohesive attack, instead just pelting the ball at goal from distance. That worked fine for Bale, not so much for Andros Townsend.

However, with Kane at striker, supported by attacking midfielder Christian Eriksen, Spurs at least have the building blocks of an attack. When the team is playing well, Kane acts as both a scoring focal point and as a moving target for defenses that have to contend with his willingness to drop into both deep and wide positions. His mobility then opens up space for wingers to get into dangerous positions. As such, Tottenham’s de facto left winger, Nacer Chadli, is second on the team with 11 Premier League goals. This is roughly the same system Pochettino used at Southampton last year, when he turned Jay Rodriguez into a goal-scoring threat in the same position.2

Yet all of that still doesn’t mean that Spurs are great offensively. Chadli’s goal scoring masks his inability to contribute in pretty much any other way, and the third slot in the attacking trio behind Kane, normally either Erik Lamela or Townsend, has essentially been “Chadli without the goals.” And even with Kane and Eriksen, the team can, like most squads, still struggle to break down compact defenses. But we’re talking about building for the future here, and you certainly don’t have to squint too hard to see Pochettino’s plan. Its beginnings are already better than what came before. 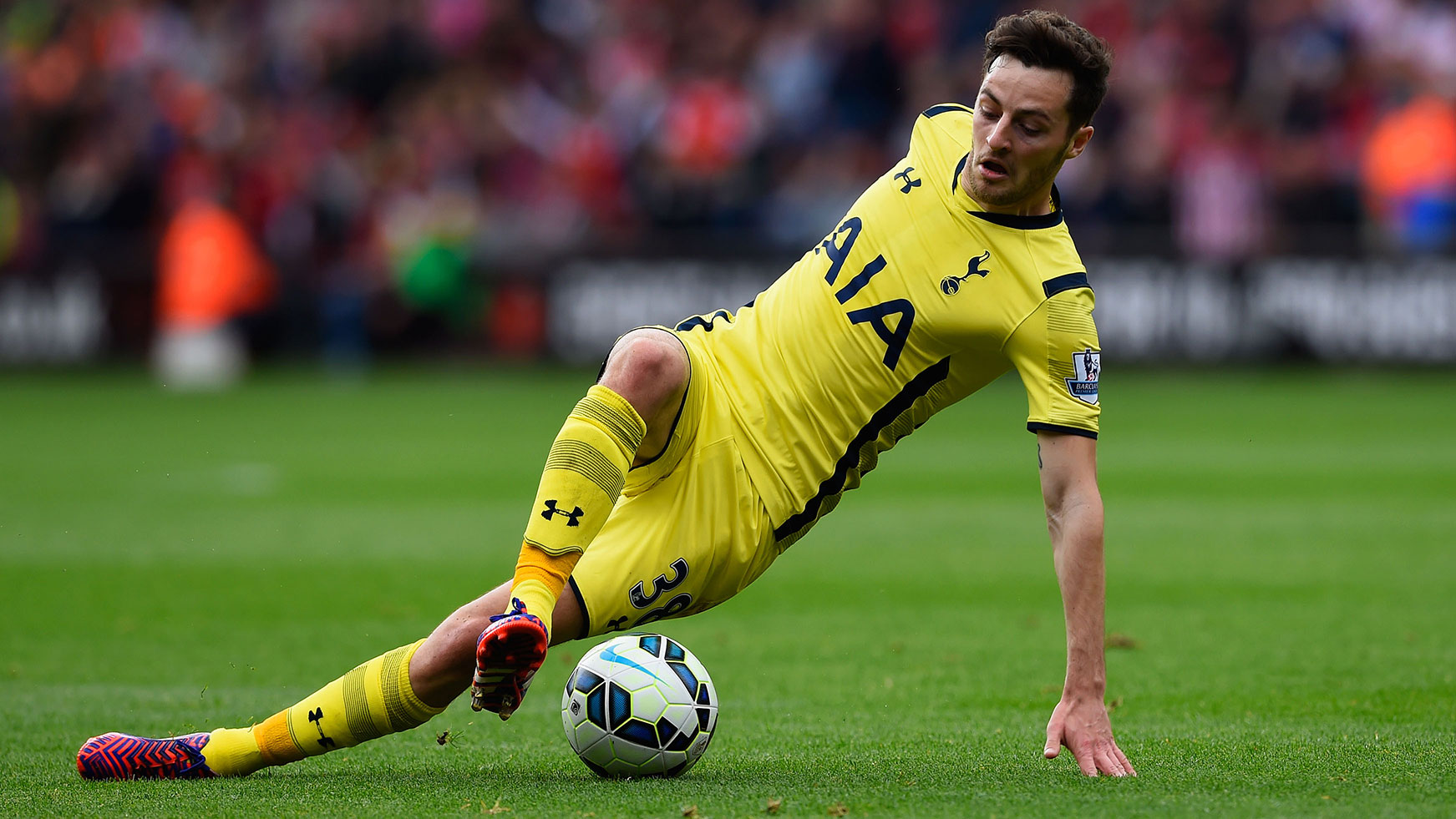 In addition to powering a somewhat effective attack, Kane’s rise represents Pochettino’s belief in playing the kids. And while giving England’s next “Next Big Thing” room to grow is a clear victory on that front, the results elsewhere have been mixed. Hm, so how do we say this? Tottenham are a horrific defensive team. They’ve conceded the fifth-most goals in the league, and the truth is the raw numbers flatter them. Keeper Hugo Lloris has had an outstanding season,3 and he’s all that’s stood between Spurs and an unmitigated disaster. Behind only the comically bad Queens Park Rangers and a West Ham team that’s taken the last four months off, Tottenham’s given up the third-most expected goals in the league. And lots of the responsibility for that defensive mess falls on Spurs’ kids, specifically 20-year-old Nabil Bentaleb and 23-year-old Ryan Mason in the midfield.

Usually, horrendous defensive teams are horrendous because they face a lot of shots. That’s not the case with Spurs. They’ve faced only the 11th-most shots in the league. Instead, they’ve figured out a way to make sure that almost every shot they face is a dangerous one. On average, they concede shots 17.2 yards away from their own goal, and that’s the worst figure in the league. They simply can’t stop teams from getting into their own box.

That brings us back to the young midfield. Pochettino wants his team to press, and that means compressing the field, with the defenders pushing high and the attackers pressuring the ball. Over the course of the season, Mason, in particular, has struggled mightily and repeatedly with the tactical discipline necessary to play at the heart of that system. It also hasn’t helped that behind him, Spurs have had a rotating cast of center backs next to Jan Vertonghen, including the no-longer-good Younes Kaboul, the big and slow Federico Fazio, the maybe-one-day-but-not-today Eric Dier, and the certifiably insane Vlad Chiriches. Dier and Chiriches have also sometimes been forced to deputize at right back, where Kyle Walker has struggled to stay healthy, and unsurprisingly, in a defense that focuses on pressing and using a high line, center backs at fullback don’t work very well.

Not to go all Good Will Hunting on Mason and Bentaleb, but this is not really their fault. Pochettino keeps running them out there week after week after week with a formation and tactical approach that clearly isn’t working for them. He has neither protected them with a third central midfielder nor dropped one of them for the battalion of other midfielders Spurs have on the bench. Maybe Mousa Dembélé, Paulinho, Etienne Capoue, and Benjamin Stambouli wouldn’t do any better, but really, they couldn’t do any worse. Developing young talent is great — even if we ignore that Mason isn’t that young; he just hasn’t played many games — but the entire point of development is seeing improvement. And Tottenham’s defensive problems haven’t gotten any better. The point of selecting this midfield duo is either to foster their improvement or get the best players on the field. The first hasn’t happened, and the second seems hard to believe.

Now there’s a third, more charitable possibility here: Pochettino is just investing time in the players most likely to be longstanding members of his team. Sure, maybe the pairing of Mason and Bentaleb is a kerosene spigot, but if the high-priced guys they’re playing over are all on their way out, then why not give the kids as many minutes as possible and groom them to be useful parts of the squad, if not starters? And to that end, Spurs have gone out and brought in Paul Mitchell, with whom Pochettino worked at Southampton as their head of recruitment. If the plan is to bring in an upgrade over the summer, then sure, that all makes sense, but it’d be a quick reversal of what we’ve seen in Pochettino’s first year.

Spurs are a very young team. On the whole, that’s a fantastic way to put together a squad. You want players who are improving and relatively cheaper than their peers. And it’s possible this season is laying the groundwork for the future at Tottenham: A young core is in place that can be augmented by targeting high-level signings in important positions. At the same time, youth is not a panacea, and it’s still unclear whether or not Spurs and Pochettino see it that way. Discovering Harry Kane is great, but it works only if you also recognize that you haven’t discovered enough in Ryan Mason.