Popping Tags: Why It’s Time to Do Away With the Franchise Designation 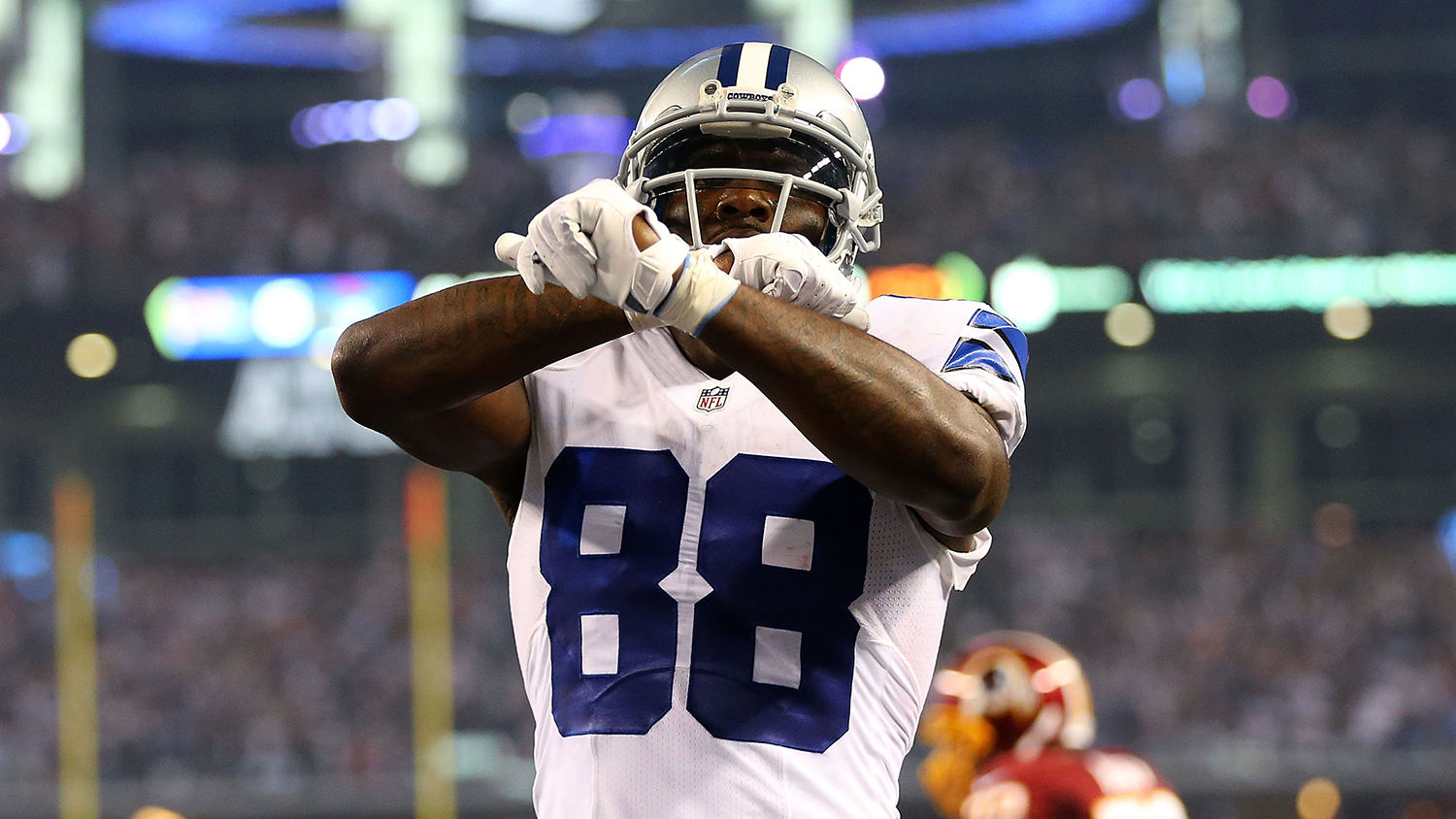 The best part of exploring any stupid idea is figuring out how it started in the first place. This is the story of the NFL franchise tag.

In 1992, the NFL was on the brink of its first foray into real free agency. With player movement finally looming, Broncos owner Pat Bowlen was losing some sleep. Just the prospect of losing John Elway was too much for him to consider, so Bowlen suggested a new rule to his fellow owners — one that would allow each team to prevent one player from hitting the open market when his contract expired. Last year, in detailing what makes Bowlen one of the greatest owners ever, Paul Tagliabue mentioned the establishment of the franchise tag.

Pat Bowlen accomplished plenty of things that contributed to the good of the NFL, but the franchise tag is not one of them.

This year’s set of tag sagas is perhaps not the best sample set to explain the ills of the system, because several of the tagged players are the type for which the designation exists. Dez Bryant is a 26-year-old superhero; Justin Houston has 43 sacks in the past three seasons.1 Even with the belt-tightening necessary in Dallas and Kansas City, they were both getting long-term deals. The same goes for Demaryius Thomas. All three at least approach the idea behind the designation. They’re very close to being “franchise” players. But to find guys who didn’t fit that mold, you don’t have to go back very far.

In 2013, there were two incidents that showed why players almost universally abhor the tag. Henry Melton, then a Bears defensive tackle, was coming off a six-sack season and his first trip to the Pro Bowl — and that was after recording seven sacks the year before. Melton was apparently looking for a five-year deal worth about $18 million to $20 million guaranteed. 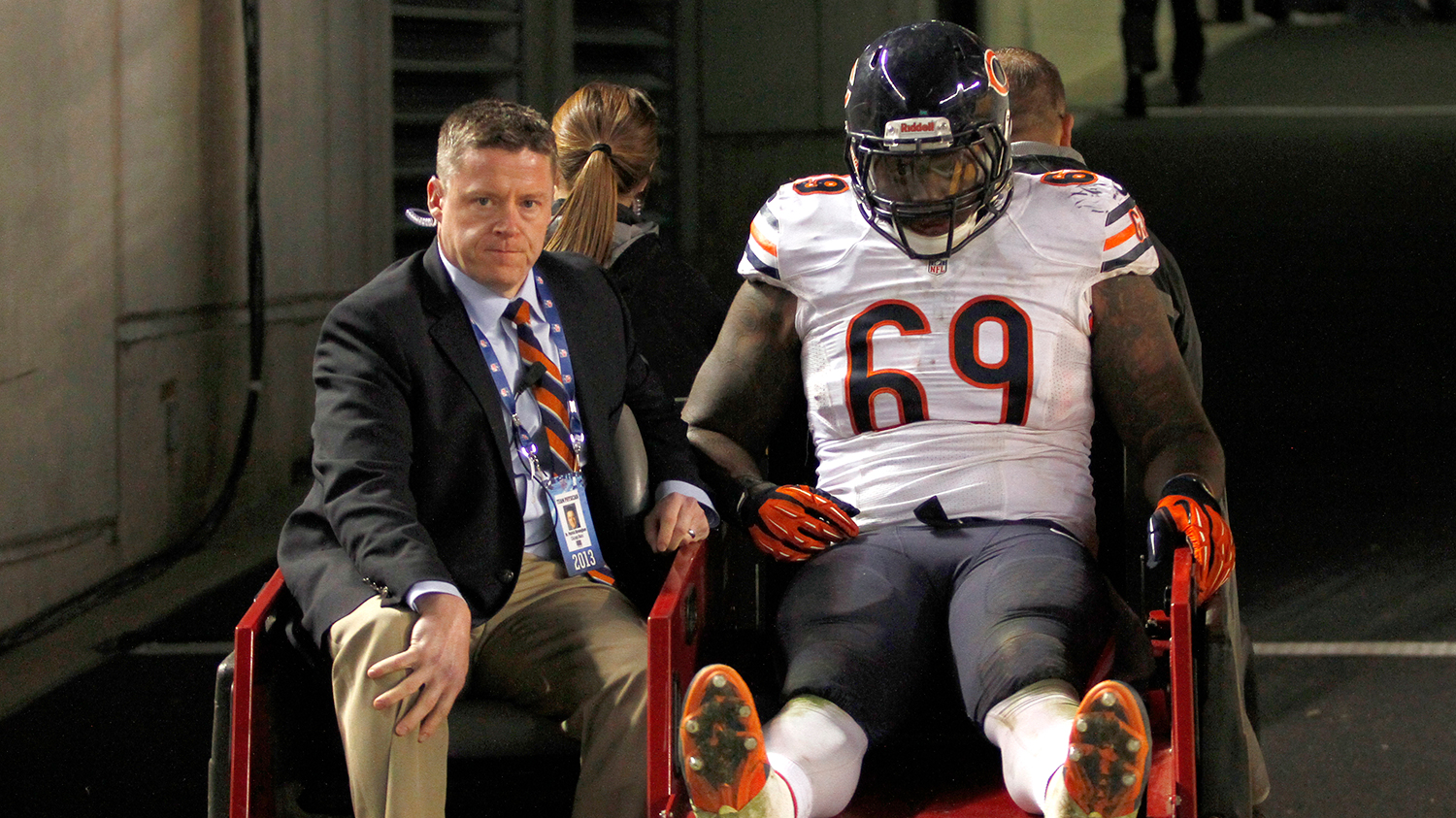 Chicago balked at that number and slapped Melton with the franchise tag. Three games into the season, Melton tore his ACL. Last year, Melton signed what amounted to a one-year deal with the Cowboys, and now he’s on his third team in as many seasons — joining the Bucs on another one-year contract. Anthony Spencer’s case was a little different. The former first-round pick played on the tag in 2012 and performed well enough to make the Pro Bowl. Still unable to reach a long-term deal, the Cowboys tagged him again, and they were forced to pay him 120 percent of the tender he made the previous season. Less than a month into the season, Spencer underwent microfracture surgery.

Asked about life on the tag before the 2014 season, Spencer gave a surprising but reasonable answer. With a long-term contract, “you’re only guaranteed what they give you up front,” Spencer told ESPN’s Todd Archer. “Usually the franchise tag is just about the same or a little bit more than what you’re going to get for signing up front. I was fortunate to get two of them, so I ended up coming out of it ahead. I ended up making more than what I was asking for in the beginning so it didn’t really affect me in a negative way.”

The $19.4 million made in his back-to-back franchised seasons is more than what he would have been guaranteed in a long-term deal, but if that microfracture surgery had happened in his first year on the tag — something like what happened to Melton — Spencer would probably think about it differently.

Walter Jones certainly did. Jones one-upped Spencer by getting the franchise tag three seasons in a row for the Seahawks, from 2002 through 2004. Jones pocketed nearly $20 million for his trouble, but he still didn’t hold back when ESPN.com’s Len Pasquarelli asked him about the situation. “The system [stinks],” said Jones in 2007, two years after he finally signed a long-term deal. “Maybe when it was invented, it was good, I don’t know. Teams tell you how much you should be flattered that they think enough of you to make you their franchise guy. It’s like their attitude is that they’re doing you a favor. You know, like, ‘How could you not be thrilled to get a guarantee that averages what the top five players at your position are making?’ But it’s not a thriller. No way. It’s a killer watching all the deals get signed with huge bonuses and you’re not getting the big money upfront. [It’s a] lousy system.”

That’s the major rub with the tag. The argument for it is that the reward for the current season is Matt Bomer handsome. A person in nearly any other profession would be ecstatic to make the average compensation given to the five richest people who do their job. But when in the hell did professional football become like any other job?

Players fear losing security because they know how they feel every Tuesday. We can’t even imagine. No, there still hasn’t been a career-ending injury for a player on the tag, but there have been several career-altering ones. Melton’s trajectory completely changed. Brent Grimes eventually got his long-term deal, but he was forced to spend a year rebuilding his worth after getting hurt on the tag in 2012. 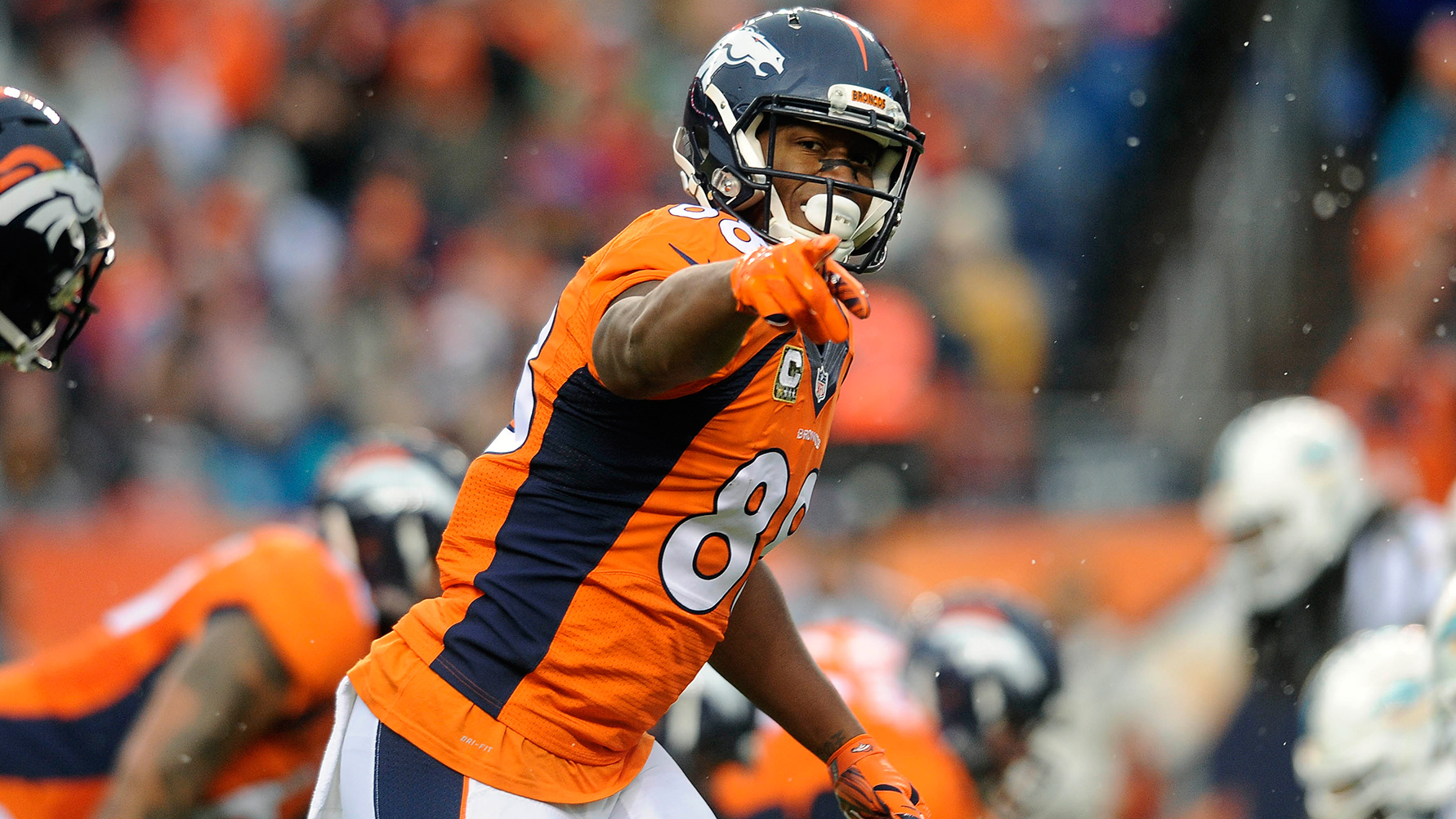 Our current system has plenty of other issues, including what Sean Payton referred to as “antiquated” positional designations that would have given Saul Kripke a headache. More than anything, though, the tag exists as another artificial barrier to players enjoying a free market. As USA Today’s Lindsay Jones noted on Twitter yesterday, now that the Demaryius Thomas fiasco is over, we can look forward to the same drama with Von Miller next summer if he and the Broncos don’t strike a deal soon. Drafted in 2011, Miller is a member of the first draft class subject to the rookie wage scale. Ndamukong Suh, the second overall pick in 2010, earned $64.2 million on his five-year rookie deal; Miller was picked second a year later and will make only $30 million over five years.

Suh was the rare superstar to hit free agency, largely because of that massive rookie deal he enjoyed, but with the new CBA, that likely won’t happen again. In its most profitable era ever, the most popular game in America — which also happens to be the only major sport without guaranteed contracts — has more provisions in place to limit player movement than it has had since the advent of free agency. Before our current understanding of free agency was implemented in 1993, the price of signing a player away from another team was a first-round pick. The cost of signing away an exclusive tagged player is two first-round picks. It’s more difficult to get to a new team as a franchise player in 2015 than it was before free agency existed.

Bryant invoking his beautiful babies may have sounded convincing, but the leverage in his contract negotiation always existed in the beautiful wooden offices that likely line Valley Ranch. As the very smart Jason Fitzgerald at Over the Cap pointed out, the 120 percent raise Bryant would have gotten if Dallas had franchised him again next year would have been on the previous year’s salary, not on the number associated with the tag. That means every game Bryant sat out would only have depressed his potential salary for 2016 and encouraged Dallas to tag him again.

Realistically, neither Bryant nor Thomas ever had much of a choice. That lack of leverage means that even though they got long-term deals, they got them while negotiating at a disadvantage. In a league with so many rules in place to put players in positions of weakness at the negotiating table, the franchise tag has far outlived its original purpose.2 If a team in 2015 — square in the middle of a CBA that was considered a resounding victory for the owners — can’t re-sign a Dez Bryant or Demaryius Thomas without holding them financially hostage, they don’t deserve to keep them.

‘The Jonah Keri Podcast’: Talking Diamondbacks With Nick Piecoro and the White Sox With Jimmy Pardo