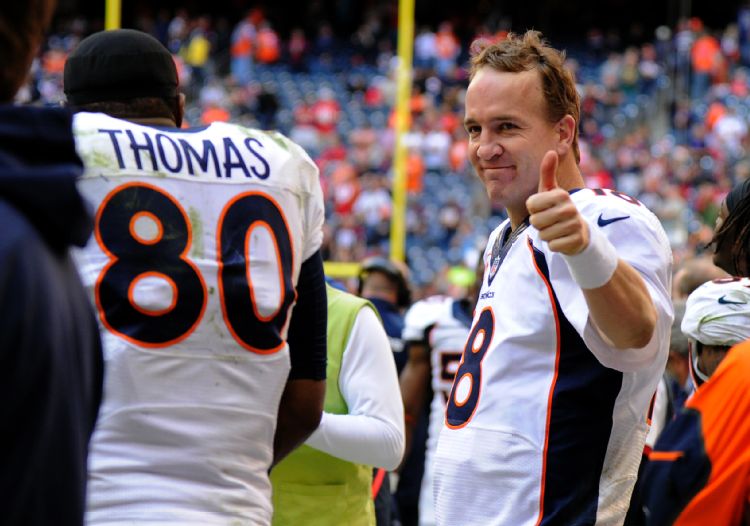 Peyton Manning threw his 51st touchdown pass of the season to Julius Thomas yesterday in Houston. That’s a new record. Here’s what the target locations of those touchdown passes look like charted out: 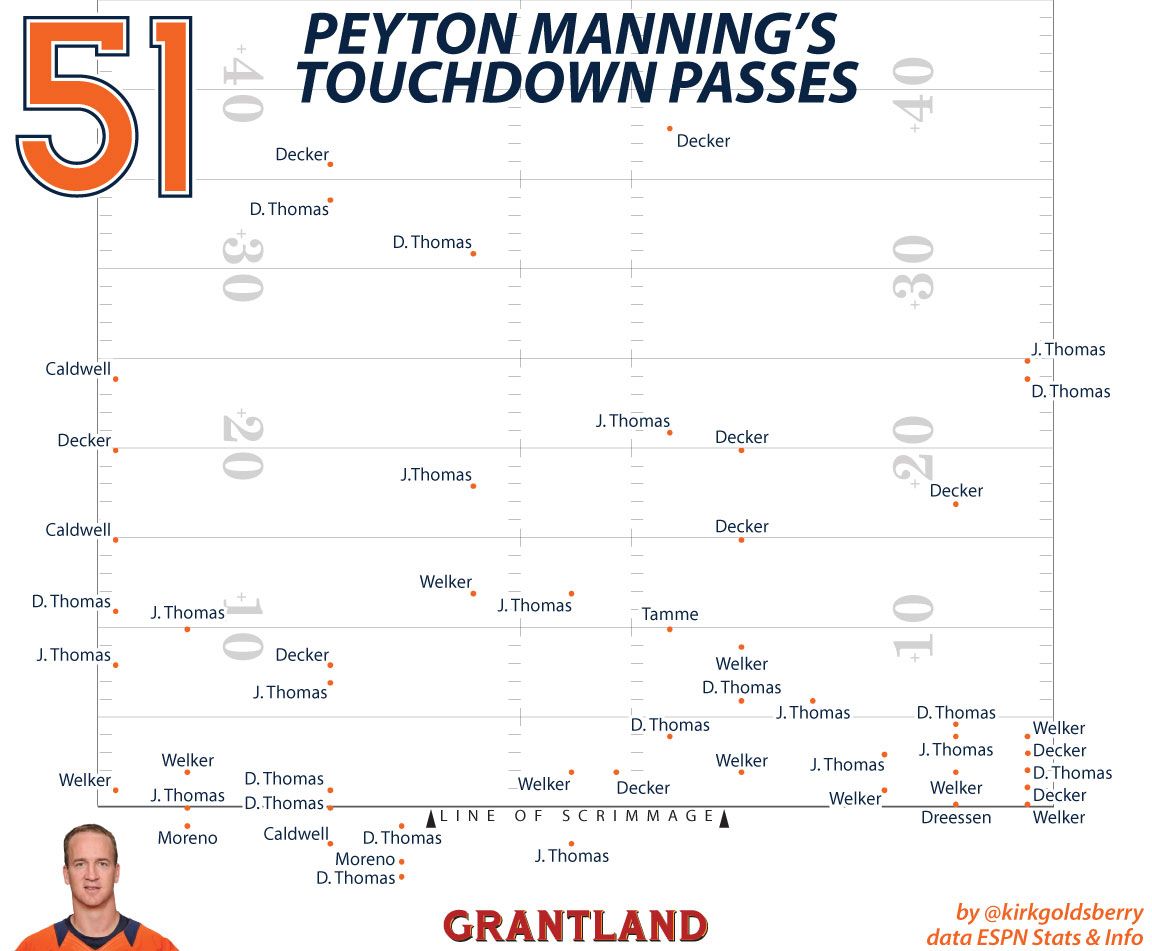 Manning obviously is having a wonderful year, and that trickled down to a few of his teammates. Forty-four of his 51 touchdowns have been distributed among just four receivers: Demaryius Thomas, Julius Thomas, Wes Welker, and Eric Decker have each caught at least 10 touchdown passes, leaving only seven to be divvied out among four other guys. The chart clearly shows that Decker and Demaryius Thomas are the primary deep threats, while Welker and Julius Thomas operate closer to the line of scrimmage.

Although Manning throws the ball all over the field, there are a few interesting patterns in his touchdown targets. Short passes (between the line of scrimmage and 10 yards downfield) to the right side of the hashmarks have accounted for 17 touchdowns, while the equivalent location on the left side has accounted for just seven touchdowns. Also, eight touchdowns have been caught by receivers stationed behind the line of scrimmage, with those passes exclusively to the left. 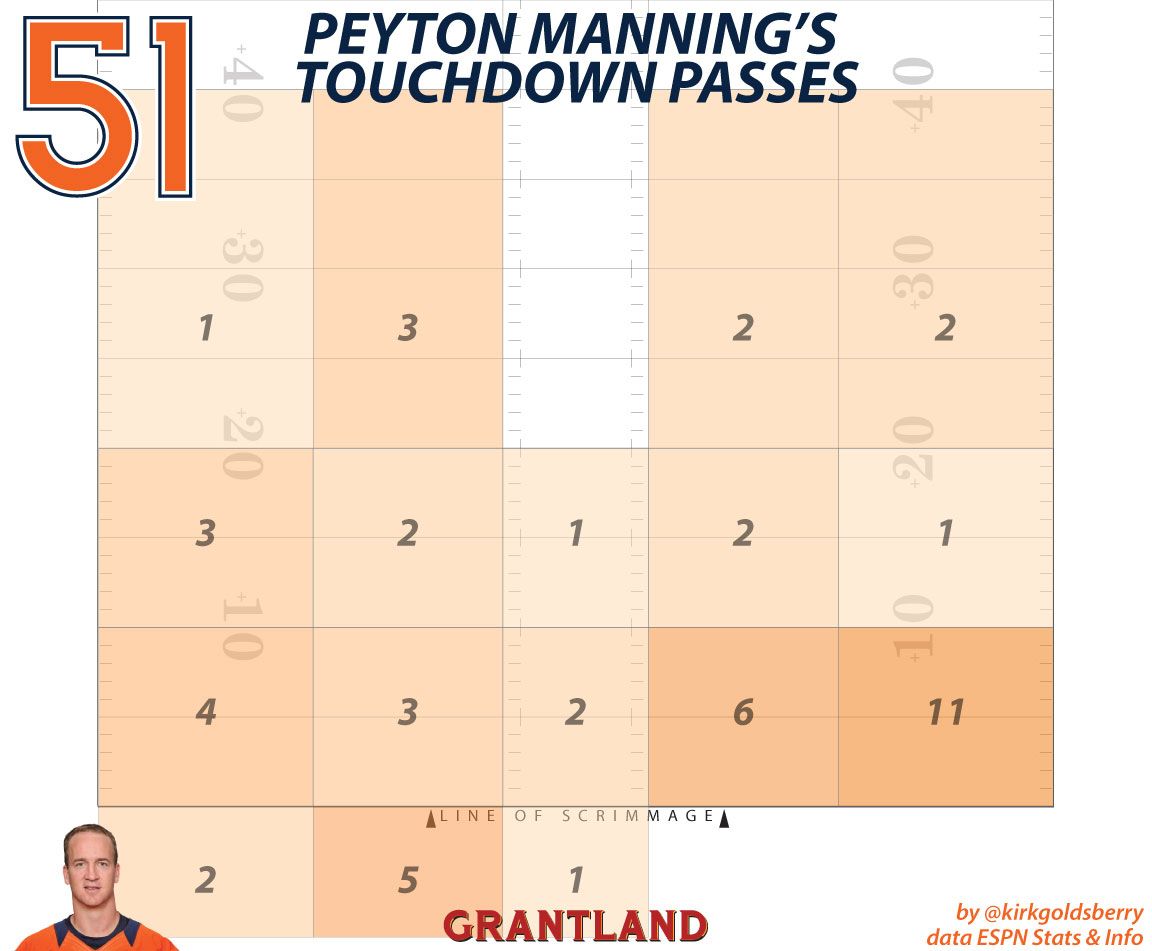 Manning set the record with a fourth-quarter touchdown pass to Julius Thomas, but he nearly missed out on ensuring he could keep the special football when Thomas carelessly dropped the ball after the score. The postgame quote about this tells you all you need to know about Manning: “It wouldn’t have surprised me if Julius would have went and handed it to some babe up in the stands, trying to get her phone number in exchange for the ball.”