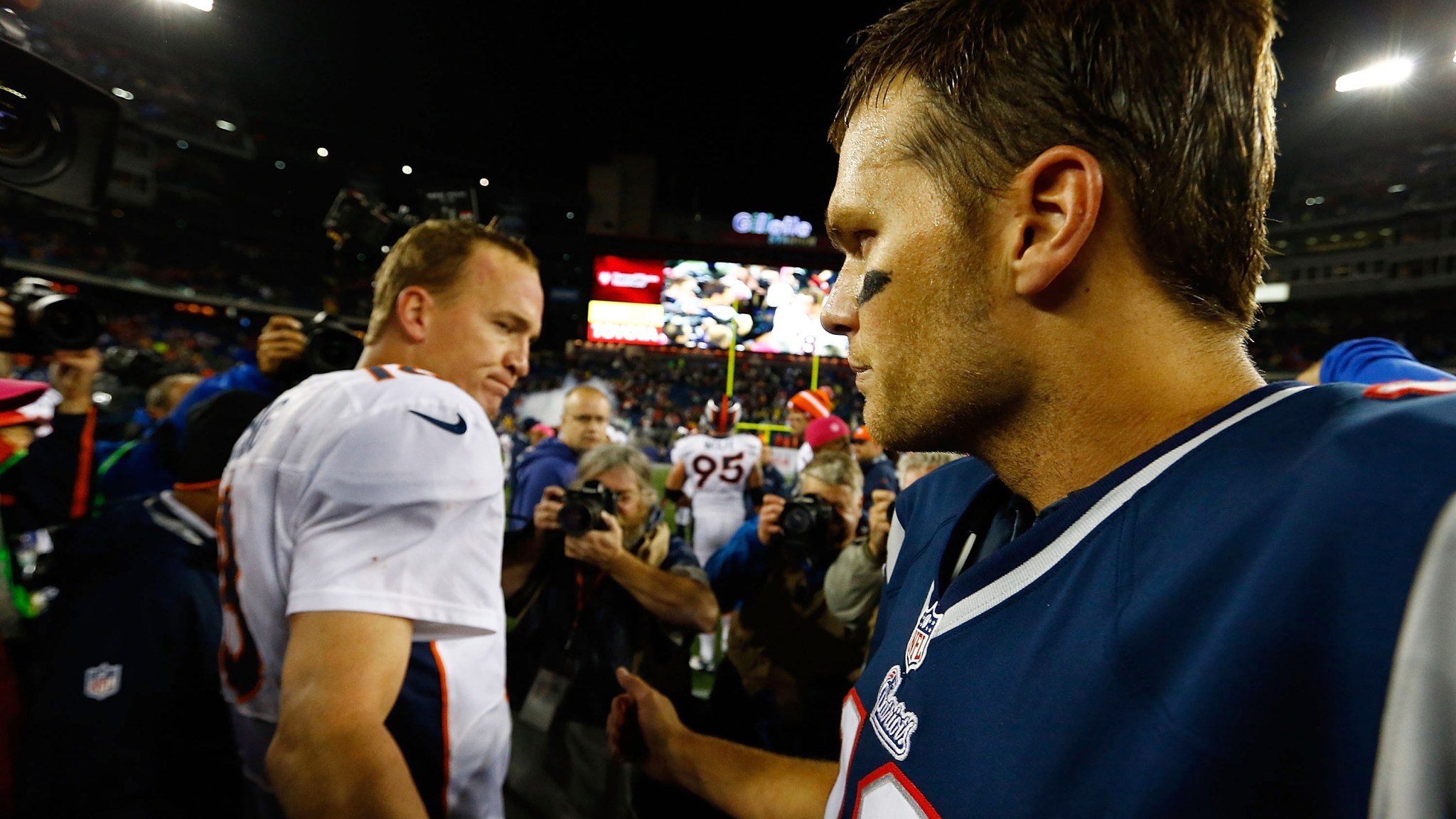 Great sports rivalries typically need two things: regular high-stakes matchups, preferably with close or contested outcomes, and vivid personality contrasts. The classic template here is something like Muhammad Ali versus Joe Frazier — a freewheeling, gleeful controversy artist versus a grim, no-nonsense workingman, with the two of them hospitalizing each other for championships on multiple continents. Their fights wouldn’t have seemed half as electric if they’d had similar temperaments, and their temperaments wouldn’t have seemed half as fascinating if they’d fought less electric fights. (This is true of teams as well as individuals; think of the Lakers and the Celtics in the ’80s and all the reasons that was a more thrilling rivalry than the ’90s Bulls and anyone.) LeBron versus Durant doesn’t feel like an especially promising rivalry because, as amazing as those guys are, it’s too hard to pinpoint what’s compellingly different about them.1 Roger Federer versus Rafa Nadal, on the other hand, is great theater even if you don’t like tennis; Nadal’s unhinged ferocity is the perfect foil for Federer’s smooth precision, and vice versa. Good sports rivalries — say, the Aikman-era Dallas Cowboys against the Young-era San Francisco 49ers — feel like they just sort of happen. The great ones feel like God’s invisible screenwriters storyboarded them out in advance.

Brady versus Manning is — does anyone even doubt this? — one of the great ones. Apart from maybe “Bill Belichick versus the concept of work-life balance,” it’s pretty clearly the NFL’s signal matchup since Brady fluttered out of his sixth-round-draft-pick-to–Super Bowl–MVP chrysalis in 2001-02. (His first start that season, by the way? One week after the infamous Mo Lewis hit turned Drew Bledsoe into an inside-out sock on national television? Yeah, it was against Manning’s Colts team.) You can confirm this just by running through some numbers, which, if you’re Manning, is probably your first instinct anyway: fifteen prior meetings, three in AFC Championship Games; seven total MVP awards (including a stretch from 2007 to 2010 when they collectively won for four straight seasons); four total Super Bowl championships (and three Super Bowl MVPs); 22 combined Pro Bowl appearances (!); multiple great games, weird endings, and improbable comebacks against each other (including Manning’s 80-yard fourth-quarter drive in the 2007 AFC Championship Game, capping off the 38-34 Colts win that finally got him past the Patriots and into the Super Bowl; also including the legendary fourth-and-2 game in 2009, capping off the first time steam ever literally leaked out of Belichick). Poets are taught that if they write the word “love,” they’re alluding to every other use of “love” in a poem; Manning and Brady can’t throw a pass against each other without drawing on some similarly teetering verticals.

But it’s not just numbers. It’s also a matter of style — which, if you’re Tom Brady, you’ve probably been muttering for the last half-paragraph at least, arching your flawless eyebrow while the breeze flirts with whatever it is you’re doing with your hair these days. I’d argue that Brady and Manning have reached the point where they’re no longer simply figures of passive contrast; their rivalry actually helps to construct our idea of who they are. Brady’s supermodel-romancing celebrity glamour looks even more suave and shawl-collar-cardigan-ish because it’s always set against Manning’s techno-perfectionist nerd-populism. Manning’s ceaseless preparation and film watching and audibling at the line look more OCD and high-strung because they’re always in relief against Brady’s unruffled cool.2 Manning appears in doofy cell-phone commercials; Brady appears in gossip magazines. Brady is the hair; Manning is the head. They occupy each other’s negative space, like countries that share a border.

This is interesting, because Manning and Brady have been legitimately important to football, and because it’s possible to imagine how each of their careers might have appeared without the other’s counterbalancing influence. (They might each have won another couple of Super Bowls, but that’s not really the point.) Say Mo Lewis had never gone all Ezekiel 25:17 on Bledsoe’s insides — isn’t it at least plausible to argue that Manning’s place in the culture would be different? That without Brady to soak up the attention-rays directed at the NFL’s biggest celebrity quarterback, being a celebrity quarterback would get a shade more complex? Manning’s everyman dad-geek persona has never really had much pressure applied to it. Maybe he is just that basic — it certainly helps that he wears his weirdness so much on his sleeve — but it’s hard to imagine a dude who’s been lionized from the time he was yay-high to his equally celebrated father’s knee not being drastically more of an alien than he seems to be.3

It’s a more compelling question, though, in the case of Brady. For more or less his entire career, Brady has filled, to such perfection that it almost verges on parody, the role of the golden-boy QB hero, that classic American archetype. He’s our national homecoming king, the Popular Kid blown up to mythic proportions — handsome, effortlessly successful, easygoing, uncontroversial. It’s as if he’s translating the best possible high school experience into a grown-up world, like a Peter Pan who went to Neverland in the middle of senior prom. This makes Brady a potent fantasy figure, but also, within modern sports culture, a potentially divisive and unfashionable one. Post-Moneyball and post–Fire Joe Morgan, the values represented by the golden-boy quarterback type — the charismatic leader who “just knows how to win” — are at permanent odds with a revisionist analytics movement that’s skeptical4 of anything it can’t quantify. That movement doesn’t control all, or even most, of sports discourse, but it’s influential. Think about the vague embarrassment that’s always surrounded Johnny Manziel within smart-person sports talk; it’s not just that he’s kind of a bratty punk, it’s that the whole gunslinging Johnny Football persona, hilarious fun though it sometimes is, is deeply incompatible with the world of advanced stats and armchair fantasy-GMing and exploitable arbitrage opportunities that we now at least sort of inhabit.

Tom Brady is nobody’s gunslinger. But as great a technical quarterback as he’s been, he’s not really celebrated as one — if you were going to draw a cartoon caricaturing Brady, his analytic understanding of the game would be a long way down on your list of go-to jokes.5 You’d put him in a sari, or at the Met Gala, or at the right hand of Belichick, or at the right hand of God. To be celebrated for the stuff Brady is celebrated for — basically just being really successful and #blessed — with as little backlash or resentment as Brady has ever faced, you need some kind of cover. You need something to make the deeply un-skeptical thing you represent available to skeptics as well as non-skeptics. In other words, you need Peyton Manning.

I’d contend that it’s because of his rivalry with Manning that Brady has so easily filled the part he’s played in American culture. Because Manning is a human graphing calculator, and because Brady’s persona exists in contrast to Manning’s, there’s no need for Brady to be anything but golden. Even geeks can fantasize about being him, because Manning’s inescapable presence means that Brady is exempted from the very specific demands of modern geekiness: Peyton has that stuff locked down. Brady is free to be a kind of postmodern boyhood hero, a Joe Montana for people who care what WAR is.

If it weren’t for Brady, we’d have to think of Manning as a celebrity, but if it weren’t for Manning, we’d have to think of Brady as a guy doing a job — or worse: as a guy who signs paperwork, who wakes up worried in the middle of the night, who gets stuck in traffic, who waits on hold, who wonders where time is going, who feels unexplained pain in his tooth. Instead, we get to imagine Brady as the free citizen of a world of tuxedos, fine wine, lingering eye contact, and beautiful understated cars. We get to do this because there is never a moment, we imagine, when Manning is not signing paperwork, in traffic, while worried, with a toothache. That is how Peyton Manning contributes to our fantasies. That’s the sacrifice he makes for us.