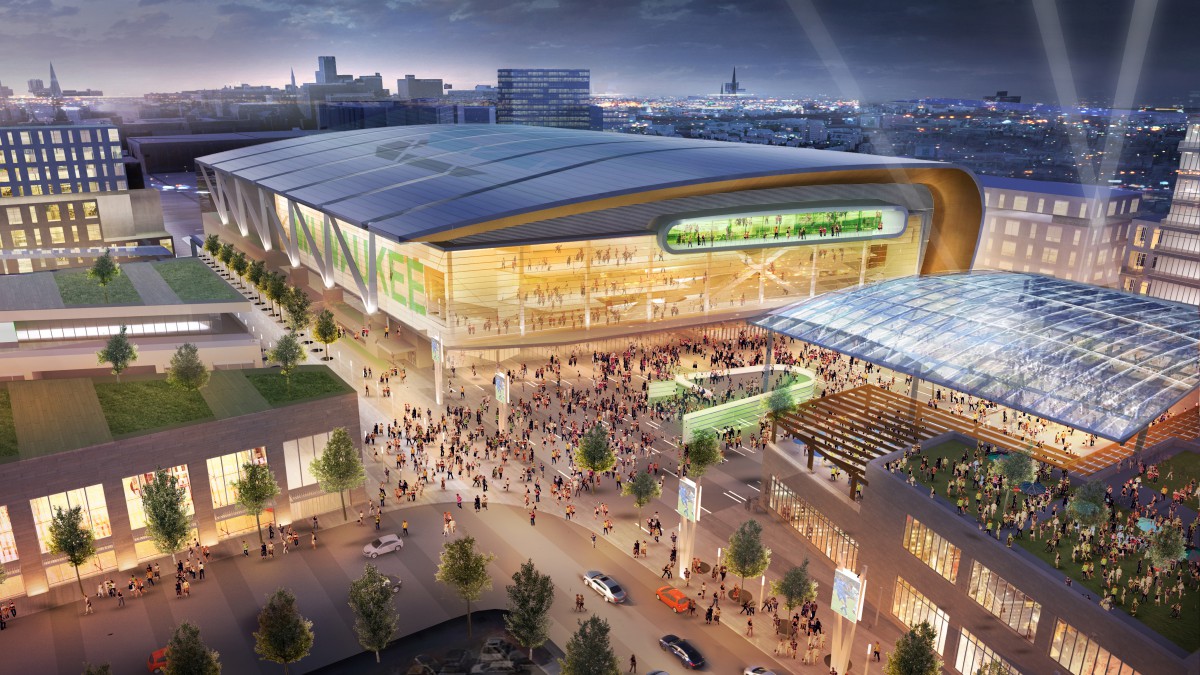 Back during the previous Gilded Age, even Mark Twain surrendered. “It is a time when one is filled with vague longings,” he wrote. “When one dreams of flight to peaceful islands in the remote solitudes of the sea, or folds his hands and says, ‘What is the use of struggling, and toiling and worrying anymore? Let us give it all up.’” Were the old gentleman alive today, and if he could see American cities once again falling all over themselves to romance the various plutocrats who own the nation’s sports teams, he might abandon the dream of escaping to those peaceful islands and try to find a way to shoot himself to the moon.

I truly thought we were beyond all of this, but that may be simply because I live in Massachusetts, where, at one time or another, public pressure has saved Fenway Park, and has forced the owner of the New England Patriots to build his own stadium with (mostly) his own money, and, most recently, has caused the city of Boston to rise up and tell the United States Olympic Committee and a host of influential local yahoos to pound sand. I don’t mean to sound haughty, but why in the hell are so many of our fellow citizens such suckers?

Right at the moment, a few familiar scams are being run out in public. Remarkably, the St. Louis Rams are in the middle of several of them, which is odd because the Rams haven’t been central to much of anything since they bolted from Los Angeles. (Along with the Raiders’ departure, this left L.A. without a professional football team and, not coincidentally, left the NFL with a handy cudgel to use every time a city balked at the kind of blackmail that gets stadiums built.) Last week, the Rams got a nice little ruling from a local judge that invalidated a city law requiring a referendum before any public money could be used to build a stadium. This was a big step toward constructing a proposed $1 billion complex, the cost of which would include about $400 million in public money. St. Louis is being knuckled by an owner named Stan Kroenke, who is worth about $6 billion and keeps threatening to move his team to Los Angeles, which also is romancing the Raiders and Chargers.

There are serious proposals to build not one but two stadiums in and around Los Angeles, the metropolitan area of which extends to somewhere east of Mongolia. In Inglewood, Kroenke has proposed to build a stadium with a see-through roof. Meanwhile, down in Carson, there’s been a roiling brawl over a proposed $1.7 billion stadium; in June, a City Council meeting nearly devolved into a fistfight. Both the Raiders and Chargers have been flirting with the Carson proposal, but they are being very coy about it. At another City Council meeting, scheduled to update residents on the progress of the onrushing fiscal calamity, neither team bothered to send a representative. The activity has been so frenzied that even John Oliver on HBO noticed and pronounced himself appalled. “Most new stadiums nowadays,” Oliver marveled, “look like they were designed by a coked-up Willy Wonka.” Welcome to America, big guy.

But nowhere has the scam worked so brilliantly as it has in Milwaukee, where once I watched the Warriors of Al McGuire — and the Bucks of Larry Costello — play basketball in the Milwaukee Arena, which looked like the world’s largest rolltop desk. Both Marquette and the Bucks moved to the Bradley Center — now the BMO Harris Bradley Center — in 1988. It was built in the vain hope of attracting an NHL team. It was financed by the family of Harry Lynde Bradley, who got rich as the cofounder of the Allen-Bradley Company. That wealth also finances a variety of conservative causes and politicians. Which brings us all the way around to a new arena proposal and the guy pushing it the hardest, who also happens to be running for president of the United States. 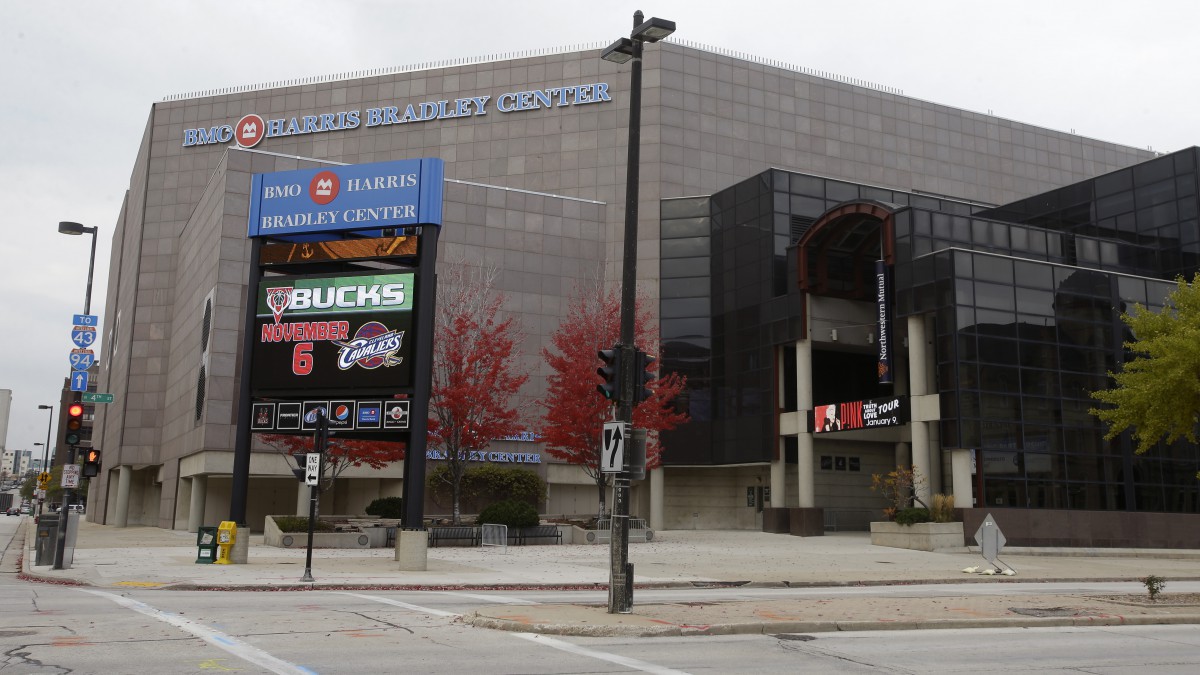 In April 2014, former U.S. senator Herb Kohl sold the Bucks for $550 million to a pair of hedge-funders named Wesley Edens and Marc Lasry. This was considered at the time to be a wild overpayment for one of the NBA’s fiscal basket cases. The new owners promised to keep the team in Milwaukee and “work toward” the construction of a new downtown arena to replace the Bradley Center, which, after all, was 26 years old at the time and, therefore, by the calculations of the people who want to build new arenas with somebody else’s money, might as well be Angkor Wat. Luckily, just at their moment of direst need, along came a savior with ambitions named Scott Walker.

Having largely succeeded in rolling back more than a century of progressive government in a state where progressive government was long an institution, and having been elected three times in five years, Walker was gearing up for his presidential run. He proposed to use $250 million of public money to build the Bucks a new arena so the team would not leave town. Walker’s political opponents hastened to note this was the exact amount he proposed to cut from the University of Wisconsin system. But the real action came from his erstwhile allies. Conservative legislators went straight up the wall, inveighing against what was obviously a whopping gob of corporate welfare. (They also weren’t thrilled at handing over $250 million to Edens and Lasry, who previously had contributed a lot of money to Democratic campaigns.) For his part, Walker defended the decision and uncorked almost every discredited argument for publicly funded stadiums that anyone has ever made.

He argued that only $80 million would come from the state and that local and county government would cover the rest, as though people lived and paid their taxes in some place called the state, and not in towns or counties. This is the pea-under-the-shells technique. He claimed the state would lose $419 million over the next 20 years if the Bucks left town. Included in these calculations was his estimate of how much revenue would be drained if the Bucks players were no longer paying taxes in Wisconsin, which implies that the players themselves employ accountants who are stupid, drunk, or dead. He then told ABC News that these deals have been good for local economies all over the country. It was about here when actual economists began to throw themselves out of windows. Walker, who is running for president almost wholly on his conservative bona fides, found himself crossways with the Cato Institute.

That this is as noisy a fight as it has become is a promising sign. So, for that matter, is the fact that the Carson City Council nearly came to blows over a stadium proposal. It means the old sales pitches for this snake oil don’t work as well as they used to. Pure civic jingoism doesn’t have that old magic anymore. Citizens generally have gotten wise to the fiscal palaver and fast-talking from the people who want to get into their pockets. They aren’t as easily conned by politicians, and they aren’t as easily flattered by local Babbitts, and they aren’t as easily bamboozled by any unholy combination of the two. Unfortunately, there is still blackmail, and the jury is still out on whether that tactic still works.

It certainly seems to be working in Wisconsin, where Walker is trying to get the ransom money transferred as best he can. It remains to be seen whether it will work on behalf of the St. Louis Rams, or the San Diego Chargers, or the Oakland Raiders, a team that has spent almost its entire history playing Oakland and Los Angeles off each other. The problem the NFL had was not that the Raiders were gaming the system but that the Raiders were gaming the system without permission. They were the functional equivalent of the people who go into casinos and count cards. You can see how it’s supposed to work by watching how Kroenke plays off St. Louis and Los Angeles, and how the Chargers and Raiders play off two proposed stadiums against the cities where they presently play.

In this new Gilded Age, nothing should surprise us anymore. In Wisconsin, where Walker is moving heaven and earth to get a couple of Democratic sugar daddies a new playpen, his campaign named one Michael Grebe to be its chairman. Grebe’s day job is as chairman and CEO of the Bradley Foundation, founded with the same money that once built the Bradley Center, which is obsolete because other money says so. Mark Twain was right. Those peaceful islands look very good right now.