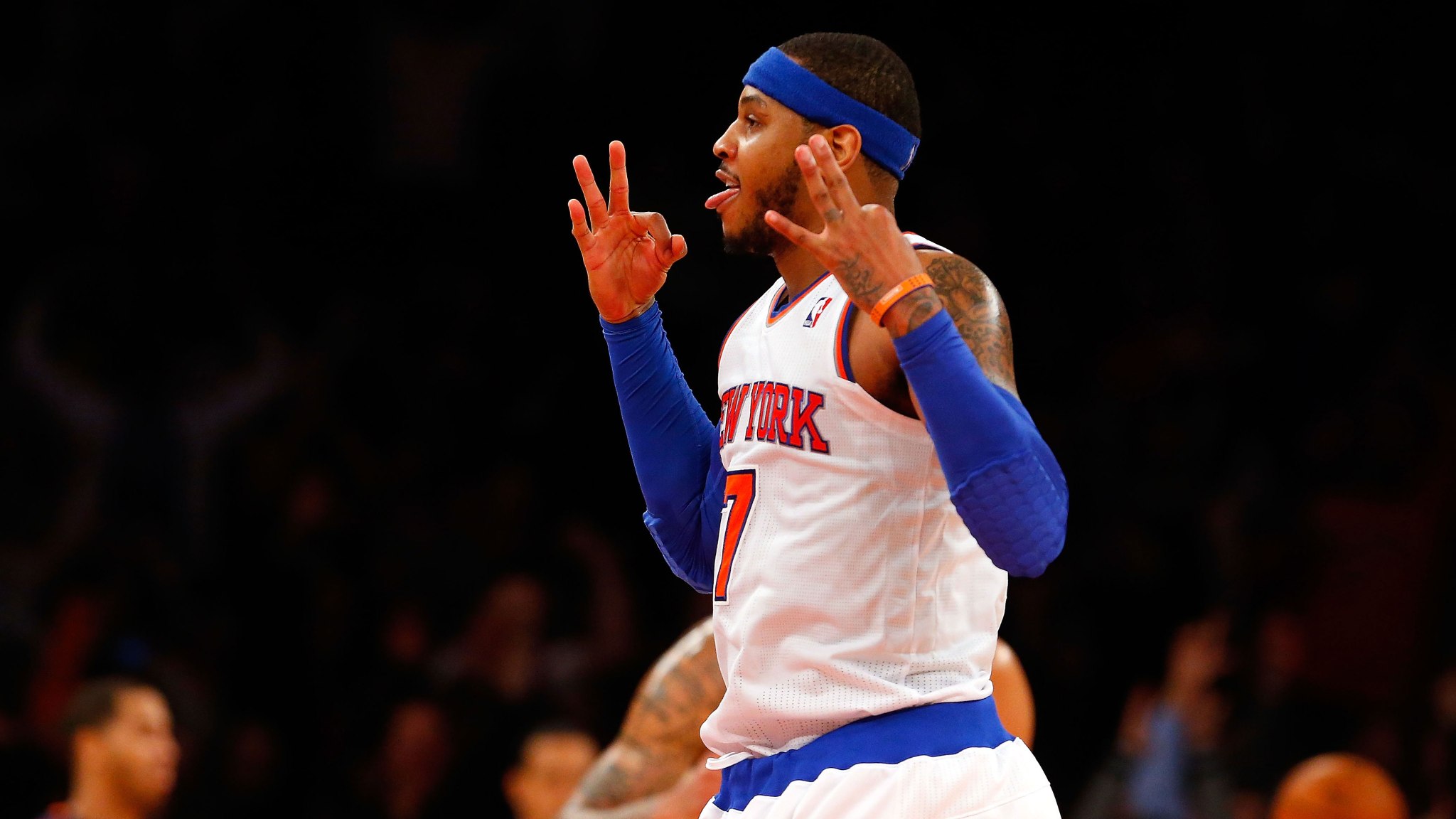 #Analysis: The basic objective of basketball is to score. Every evolutionary advance in player skills and techniques — the dribble, the set shot, the jump shot, the dunk — and nearly every rule change in basketball history, with the exception of trying to keep Wilt Chamberlain from utterly demoralizing the league, was created to increase scoring.

The advance of analytics has brought about an understanding of which scoring methods are more efficient than others, quantifying what, in retrospect, seems like a pretty obvious set of scoring tenets. Threes count more than 2s; shooting as close to the basket as you can is better than shooting far away; shooting when you’re open is better than shooting when you’re guarded; and free throws are great because no one is guarding you. Analytics are valuable for the way they flatten out the game, mapping out pathways to winning by creating more efficient offense and helping to design defenses that force teams into inefficient shots, long 2s, and isos. Share the ball, take good shots. That’s playing the smart way, that’s playing the right way.

But sometimes, in basketball, as in life, the most memorable moments occur when someone throws both middle fingers up at the right way and does what feels right instead.

There’s a tyranny to playing the right way, an inescapable gravity of percentages and numbers, that over time — 82 regular-season games and seven-game playoff series gauntlets — nearly always separates the elite from the chaff. Just point differential, OffRtg, and DefRtg can tell you who the title contenders are in a given year. Before this NBA season started, Kevin Pelton’s awfully monikered and eerily accurate SCHOENE projection system predicted the Knicks would win 37 games, and, as if mirroring life’s inexorable march toward the grave, the Knicks are sitting on 17 wins with 44 games played. They were 29-15 at the same point last season. What’s worse than mathematical formulas being used to predict your future? The formulas being right. It’s the reduction of one of the great spectacles of human creativity and athleticism into paper clips, ink smudges, and actuarial work.

That’s why there was something utterly perfect, so life-affirmingly random about Carmelo Anthony’s 62-point nuclear detonation — a Knicks franchise and Madison Square Garden record — versus the Bobcats at Madison Square Garden. Nineteen of his 35 shots were from midrange. Many of them were step-backs or turnarounds out of clock-grinding isolation while being defended. A half-court rainbow. Only four shots at the rim, six made 3s. It’s the kind of scoring night that makes me want to march up to the podium at the MIT Sloan Sports Analytics Conference, push Daryl Morey away from the microphone by his face, put Melo’s shot chart and highlight package up on the screen, and do Leonardo DiCaprio’s Jordan Belfort pop-lock into Sam Cassell’s Big Balls dance.

There came a moment, right after Melo’s half-court bomb swished true, when any normal rooting concern about the Knicks winning or losing the game disappeared. I’ve seen wins; I’ve seen losses. Over the past decade of rooting for the Knicks, certainly the latter more than the former. What I wanted to see, what I had never seen, was a player for the team that I root for pull off a record-setting scoring performance. Part of the satisfaction I derived from Melo’s 62 was it (partially) expunged the bad taste left over from a series of home games in 2009 that the team had, in pure Knicksian marquee-over-matter style, promoted as “Dream Week”: Knicks versus Lakers, versus LeBron Cavs, and versus the defending champion Celtics. New York lost all three.

In Game 1, Kobe scored 61, setting the Garden record. In Game 2, LeBron had a 52-11-nine near-triple-double. In Game 3, the Celtics beat the Knicks by 10. It was a stretch that was emblematic of the Dolan-era Knicks: Any team can lose; the Knicks lost by calling a press conference beforehand and shooting themselves in the foot. “Come watch us get our asses beat by the best teams in the league! It’s Dream Week, bitches!”

Here was an event, against the decidedly unmarketable (sorry, Charlotte) Bobcats, at a point in the season when all signs indicated a team pulling itself apart. A victory — fleeting, of course — of heat checks, hot hands, and randomness over the steady, hegemonic despotism of computer models, efficiency formulas, and high-tech cameras.

Melo’s 62 is why we watch the game: for the thrill of seeing something remarkable, something rare, something unpredictable. Even as our consciousness of analytics and the availability of data like SportVU give us a deeper understanding of the game, the greatest moments in NBA history remain exactly the plays that analytics tell us to avoid. Jordan’s shot over Byron Russell. Jordan’s shot over Craig Ehlo. Magic’s hook shot over a freaking double-team of McHale and Parish with Kareem wide open. Kobe’s 81-point shred-fest against pre-Drake Toronto. Seeing the ball go in the basket, it’s the reason the game exists.

I agree with every criticism of Melo’s game. He’s not on the level of LeBron, Durant, the elite players of the NBA, despite what the Knicks’ front office tells itself. I imagine it’ll end up re-signing him to a max deal that keeps him in Knicks colors until he’s 35, on a Knicks team with subpar supporting players around him. But if the best moment of his Knicks career ends up boiling down to just one game in a frozen January of a losing season, well, that’s why I watch the game, and, for now, it’s enough.

Here is a Volvo Commercial, starring Zlatan Ibrahimovic, hunting in a snow-covered forest, set to music by Max Martin.