OK, Ohio State Fans. Maybe We Don’t Have This 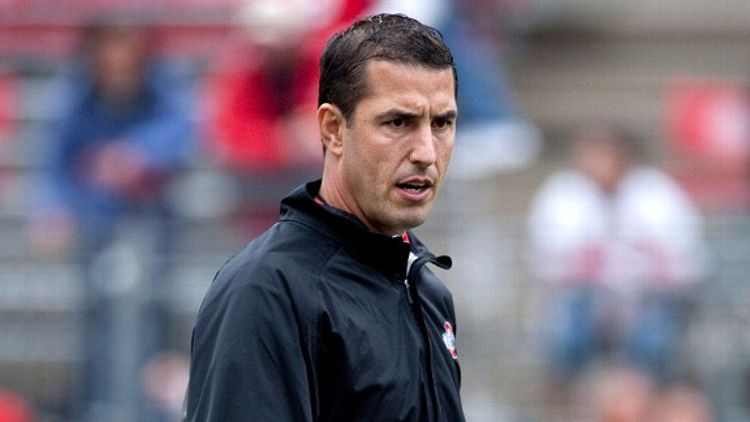 I’m just going to come out and say it: I don’t think this is Ohio State’s year. I know it’s early and there’s still a lot of football left to be played, but I’m pretty confident I’ve seen enough to determine that we probably aren’t going to win the national championship this season. In fact, at the risk of giving up on my team too soon, I’d even go so far as to say that Ohio State won’t win the Big Ten championship. Some might think this makes me a pessimist, but I’ve always preferred to think of myself as more of a realist. It’s how I defended myself when I told my friends in grade school that I didn’t expect Pinky and the Brain to ever actually take over the world. It’s how I defended myself when I told my friends in junior high that I didn’t expect Screech to ever get with Lisa Turtle. And it’s how I’m defending myself now when I say that I don’t expect the Ohio State football team to play in a BCS bowl this season.

Thanks to success in the past decade that all but a handful of college football programs would envy, Buckeyes fans have been spoiled to the point that anything less than a Big Ten championship and a trip to a BCS bowl now feels like a warm, wet turd of a season. Before we lost our coach and our quarterback, and before a handful of Ohio State players were suspended for trading championship rings and other memorabilia for tattoos (presumably of their favorite NASCAR drivers’ numbers on their asses), a conference championship and BCS bowl was exactly what was expected of this year’s team. Hell, even after the dust settled from this offseason shitstorm, some thought the Buckeyes were still one of the favorites to win the Big Ten. But five games into the 2011 campaign, it’s painfully obvious that the usual expectations for an Ohio State football team simply aren’t going to be met this season.

So now what? Now that we’re 3-2 with both losses coming to unranked teams, our offense is so bad that I’m not entirely sure we wouldn’t be better off just punting on first down at the start of every drive, and our coach has apparently decided that he wants to lead the country in unused timeouts, what should the expectations of Ohio State fans be for the rest of the season? What does this team have to do from here for this season to be considered a success?

The biggest variable in this equation is the reinstatement of the four players who were suspended for the start of the season (Daniel “Boom” Herron, DeVier Posey, Mike Adams, and Solomon Thomas). Even once we get all four guys back (Adams and Thomas are now eligible, but Herron and Posey have to sit out one more game), it’s hard to say right now what kind of difference these guys are going to make. The good news is that three of the four are the best at their respective positions on Ohio State’s offense. But the bad news is that none of those positions are quarterback. Now, I’m of the opinion that it takes a special kind of asshole to publicly shame amateurs in any capacity, so I’m not going to rag on the Ohio State quarterbacks too much. (Cue the “Yeah, but they go to O$U, so they aren’t actually amateurs” jokes.) At this point, they both know that they aren’t getting the job done and it’s not like they’re actively trying to play poorly, so there’s nothing to be gained by bitching about how bad they are.

But having said that, Ohio State’s problems at quarterback can’t be ignored. For the first five games of the season, it almost feels like Buckeyes coach Luke Fickell and his staff are trying to put a square peg in a round hole, which is to say that they’re trying to find a quarterback who fits their offense instead of finding an offense that fits their quarterback. (Read: They aren’t rolling Braxton Miller out of the pocket nearly enough.) Much like how the 2005 Pittsburgh Steelers did when they won the Super Bowl with quarterback Ben Roethlisberger in his sophomore season, it seems like Fickell needs to find a way to limit the offensive burden for the quarterbacks. Of course, this is obviously easier said than done. Getting Adams back this week, and Herron and Posey back next week, should help Ohio State’s quarterbacking duo. Exactly how much, though, remains to be seen.

But even if Herron, Posey, and Adams miraculously make our offense twice as good as it has been the first five games, the remainder of Ohio State’s schedule makes me think that wins are still going to be hard to come by. This Saturday, we travel to Lincoln (sans Posey and Herron, mind you) to take on the no. 14 Nebraska Cornhuskers, who I’m pretty sure are coached by nihilist/porn star Uli Kunkel and will be looking to take their frustrations out on us and cut off our johnsons after they got curbstomped by Wisconsin a few days ago. Then, we play another ranked team (Illinois) on the road, and after that, we face a Wisconsin team that has looked untouchable thus far. Following that gauntlet, we have three must-win games against Indiana, Purdue, and Penn State, before the big showdown at Michigan.

Now, I know that looking ahead to future games and counting wins and losses before the games are played almost never works, but as I run down the remainder of the schedule, I can’t help but think that Ohio State will be lucky to get more Ws than Ls from here on out. Realistically, we’ll probably only be favored in two of the seven remaining regular-season games, though we might also be favored against Penn State simply because we’re playing at home. This means that if the Vegas lines hold up, we’ll finish the season 6-6 with a 3-5 conference record, which would likely put us in the Meineke Car Care Bowl of Texas or the TicketCity Bowl. Sure, this would be disappointing, but all things considered, I wouldn’t necessarily call it a total failure of a season.

I also certainly wouldn’t call it a success. For that to happen, I think Ohio State has to win all the games that they’re favored in, and pull off at least one upset along the way (most likely at Illinois or at Michigan) to finish 7-5 and get a bid to either the Outback Bowl or the Gator Bowl. The way I see it, this is what should be the expectation for Buckeyes fans for the rest of the season. Cross your fingers that they’ll pull off two upsets, but only expect one. (And hope like hell that it comes against Michigan, because screw those guys.) Given the tumultuous offseason, the handfuls of one- and two-game suspensions throughout the year, and the atrocious offensive display from the team thus far, this really is all we can ask for at this point.

So, Buckeyes fans, that’s what the plan should be from here on out: Hope for an 8-4 season, expect a 7-5 season, and accept a 6-6 season. And if — worst-case scenario — we lose all the games we aren’t favored to win, Penn State beats us at home (this wouldn’t exactly be a huge surprise), and we finish 5-7, take comfort in knowing at least this much: Nobody in the conference will be a serious threat to the Ohio State basketball team for the Big Ten title this season.